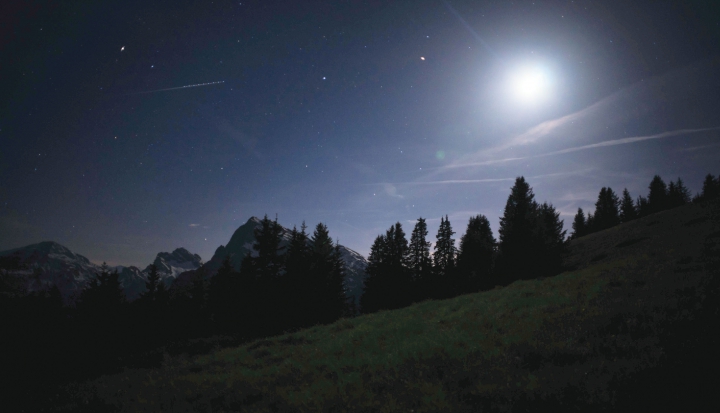 What’s old is new again, and in entertainment we’ve come full circle, back to where we started, gathered round the hearth to listen to old wives’ tales. But the firelight has been replaced by the glowing screens of our handheld devices, and we call these broadcasts podcasts. There’s raw, elemental, and inexpensive power in one human voice calling a story into being, as my children know when they beg for “just one more” every night before bed.

A friend turned me on to Welcome to Night Vale, a fictional newscast from a bizarre American outpost populated by angels and weirdos and various sinister others. It reminds me of the old Twilight Zone with Rod Serling, unnerving and hilarious, often at the same time. Another friend sent me to Limetown, a faux-broadcast from the fictitious American Public Radio about a Tennessee town where, one night, every single person mysteriously disappears. It took me two whole episodes before I realized it was fiction. Oops. The Black Tapes podcast is more clearly a mock docudrama, starring the intrepid Alex Reagan as a journalist tracking the work of a mysterious ghost hunter.

I gravitate toward the strange and gothic—I blame my upbringing on the edge of New Orleans, a place more haunted than most. I like to get good and scared, especially in the safety of my own home, surrounded by those I love. But none of the above shows, all scripted and fictional, has captivated me like Lore, whose creator—novelist Aaron Mahnke—does little more than collect and retell some of recent history’s most treasured myths, legends, and folktales.

Mahnke’s enthusiasm for the tales he tells—he’s got the fanboy charm of an aging comic book and X-Files geek—is part of the podcast’s appeal (so contagious that Lore is now being developed for television by the creators of The Walking Dead). Though he says that he is, above all, a realist, it’s clear from episode one that Mahnke isn’t out to debunk these stories or to prove them as true. Instead he wants to know why so many have believed them and how what we believe reveals our most deeply rooted fears and desires.

Mahnke’s podcast also does justice to the wildness of America, and that ongoing subplot is equally compelling. We may think we’ve paved over any indigenous magic with freeways and strip malls, but here, there be monsters, just as the medieval maps warned. If you never leave the interstate, this country appears deceptively tamed. And yet it is the birthplace of the Jersey Devil, an enormous winged creature that haunts the Mid-Atlantic region; and of flashing lights that lure people into the woods, never to be seen again; and of serial killer H. H. Holmes, whose evil seemed supernatural in proportion, though he was all too human.

“So much of the world is beyond our control,” Mahnke says in Episode 13. “If we were to leave the trail, we’d be stepping into the unknown. Anything could be living out there, anything.”

As a practitioner of an ancient faith that is often dismissed as superstitious and hopelessly outdated, I feel an affinity for the characters who populate Mahnke’s tales, the cryptozoologists (“monster hunters” out to prove the existence of creatures like Bigfoot and the Loch Ness Monster), the ghost hunters, the paranormal researchers. And the regular people, too, who have been stopped dead in their tracks by some unexplained event or vision, left to wonder about their own grasp on reality.

In our own ways, we all claim to know there is more to this world. Maybe, in a time when we have the power to manipulate almost everything in our world in an instant, to access any definition or explanation with a keystroke or a screen swipe, we desire to feel small, to be driven to our knees with the knowledge of the existence of a power greater than us.

This is, in fact, exactly what led me back to the practice of Catholicism after a few years in a fundamentalist Protestant church—the desire for the enchanted faith I remembered from childhood, a world of bread made flesh, spinning suns, and candlelit rituals, where it had seemed likely that a man killed on a cross had emerged from his tomb.

I’m sure there are many who will cringe at my roping together the search for Bigfoot with my Catholicism, as if by discussing them in the same breath I admit the object of my worship is merely a myth. But to me they are related; not because they seem equally true or impossible, but because they reflect humanity’s natural, inborn desire to seek and contact something more, something we know in our bones to exist even if we can’t explain.

And—even weirder—I know that this something wants me too. That the object of my search, in fact, is not hiding from me at all. He’s hunting me.

In one of my favorite episodes of Lore, Mahnke tells us about a man who walked the woods with his dog late one night and encountered a tiny hairy being who spoke to him in gibberish. Terrified, the man barely made his way home with his traumatized dog. Only later, lying in bed, almost paralyzed by his fear, did he realize that the creature, whatever it was, hadn’t been speaking gibberish at all. It had been trying to speak the man’s own language, calling out, “We want you . . . Come here. Come here.”