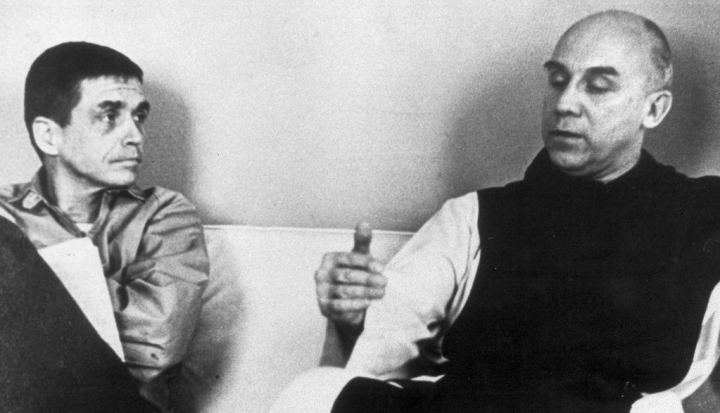 “Love is patient; love is kind.” So begins the world’s most popular wedding reading, one we have heard so often it no longer grabs our attention. No longer profound or challenging, it just seems worn out. Personally, my struggle with this passage in 1 Corinthians is symptomatic of a more generalized frustration for single adult Catholics who are often sidelined in discussions of family and parish life. And so it was with trepidation that I approached the lengthy reflection on 1 Corinthians in Pope Francis’ apostolic exhortation Amoris Laetitia (The Joy of Love). Whereas marriage is his primary focus, Pope Francis reveals the challenge of love embedded within Paul’s poetry, which is an invitation for all Christians regardless of marital status.

As I was writing this column, Jesuit Father Daniel Berrigan passed away at the age of 94. A friend of Dorothy Day and Thomas Merton, Berrigan was a constant figure in Catholic peace work and social justice for more than seven decades. While his political activism landed him on the cover of Time, he was also an accomplished poet and writer. Outside of the public eye, he spent 25 years ministering to persons living with HIV/AIDS. Priest, poet, and peace activist, Berrigan inspired me and countless others.

On September 11, 2001, I was an undergraduate at Fordham University in New York City. A drastic and bright light into all of that chaos was a night of poetry with Berrigan. As poet in residence, he periodically offered poetry readings, and I always attended. This particular night was different, and for the first time I began to grapple as an adult with all the complexities of a life dedicated to peace and justice in love. The fidelity and unwavering commitment of Berrigan inspired me that night. He provided a beautiful example that the call of 1 Corinthians 13 is not just about marriage, it’s about all of us.

Love is patient and, according to Pope Francis, it is in cultivating patience that we resist responding to others in anger. Love is not jealous, revealing our deepest connection as equals in one human family. In one of my favorite passages, Pope Francis links this line in Paul with concern for the poor and marginalized. He writes, “This same deeply rooted love also leads me to reject the injustice whereby some possess too much and others too little.” Paul’s poetry reveals the complexity of human relationships and the deep solidarity to which we are all called.

Love endures all things. Pope Francis offers Martin Luther King Jr., and I propose Daniel Berrigan as examples of loving endurance. The call of the gospel is one of loving endurance, as Berrigan famously stated: “One is called to live nonviolently, even if the change one works for seems impossible.” Clarifying Paul, loving endurance is “a constant readiness to confront any challenge. It is a love that never gives up, even in the darkest hour. It shows a certain dogged heroism, a power to resist every negative current, an irrepressible commitment to goodness.”

I believe Berrigan embodied powerfully this empowering hope and enduring love. As we discussed his poetry and his activism, which at times sparked controversy, he expressed how deeply he saw the dignity in every person and how deeply he loved the country and church he challenged.

Love bears all things, believes all things, hopes all things, endures all things concludes the biblical passage. For me, Pope Francis’ deep meditation and the lived witness of Berrigan are liberating. They open a space for all, not just those married, into a deeper reflection on Christian love. Where do you find enduring love in your life? Berrigan found it in service to those whom others would ignore or sacrifice. I look upon his example and the words of Pope Francis and find, in the end, 1 Corinthians 13 is as much a prayer as a poem. I pray for the patience and endurance to love.