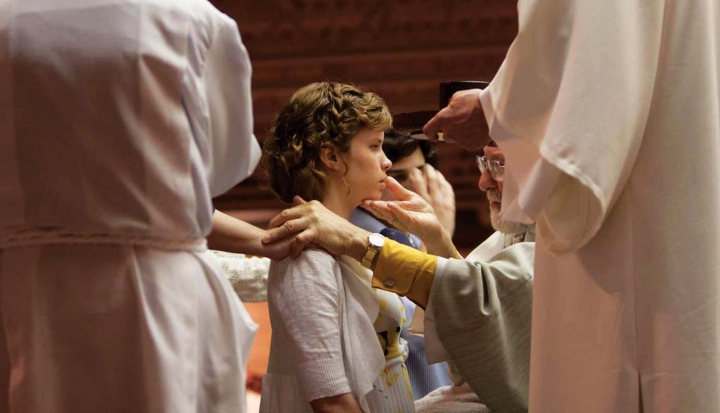 There’s an old joke about two pastors discussing the problem of bats in the attic of their respective churches. “I’ve tried everything,” Father Brown complains to Father Smith. “Exterminators, electric wires, traps, poison—everything—but I just can’t seem to get rid of them.” Father Smith smiles and says, “Don’t worry. I have found the perfect solution. I had the bishop come to confirm the bats . . . and they never returned!”

Unfortunately this joke is as sad as it is funny: It accurately reflects the experience of so many pastoral ministers in the United States. Confirmation—when celebrated during the teenage years as a rite of Christian “maturity”—often marks the moment when adolescents set aside their faith practices, sometimes for the rest of their lives.

In September 2015 the Pew Research Center reported the sobering statistic that more than half of adults raised Catholic have left the church at some point in their lives. Although a significant number of these Catholics eventually return, 4 in 10 do not. In another September 2015 article, “U.S. Catholics Open to Non-Traditional Families,” the Pew Research Center reported that nearly one tenth of the U.S. population is made up of former Catholics—many of whom likely have been confirmed.

Despite this reality, many pastors and youth ministers genuinely fear that if confirmation is conferred at another time—say, at the moment of first communion—an even higher percentage of young people will be lost to the church. They contend that two- to three-year confirmation programs that require attendance at catechism classes and service projects seem to keep at least a percentage of young people engaged with the church through their teen years.

It is time to openly acknowledge that this approach to the sacrament of confirmation—that it is a “mature decision” on the part of adolescents to live as committed members of the church—is no longer working. Instead this approach to confirmation seems to mark the end of catechetical instruction, serving for many as a “graduation” from the practice of the faith. The reasons for this are historical as well as pastoral and theological.

The unintended consequences of a good idea

It may come as a surprise to many Catholics that confirmation was not always celebrated in eighth grade. What we regard as a tradition handed down from the time of the apostles is sometimes only a practice that began a few generations ago. In 1910 Pope Pius X, in order to encourage more people to receive communion, decreed that the sacrament should be open to any child who reached the age of discretion (thought to be the age of 7). Prior to this decree, most Catholics received first communion during their teenage years—after they had been confirmed. Because of this decree, the reception of these two sacraments was reversed: first communion followed by confirmation. However, the decree regarding lowering the age for first communion did not actually mention confirmation, so pastors had to adapt to the new situation without much guidance. After several decades, it was generally understood that confirmation was conferred at the age when first communion was previously celebrated.

Because there is no obligatory policy in the church stipulating the age of confirmation for someone baptized as an infant, after the publication of the Rite of Confirmation in 1971, the National Conference of Catholic Bishops’ Committee on Pastoral Research and Practices noted five possible moments for confirmation: before first communion, around sixth grade, adolescence, entrance into adulthood, and during adulthood. In keeping with previous practice, the Code of Canon Law and the Catechism of the Catholic Church prefer that confirmation be celebrated at the age of 7 unless a national conference agrees on a different age. At present in the United States, each bishop is free to set the age for the conferral of confirmation in his diocese.

A sacrament linked to baptism and Eucharist

Why all of this confusion regarding the age for confirmation? The trouble lies in its remote, rather complex history. In the first centuries of the church, confirmation was celebrated right after someone (usually an adult at the Easter Vigil or Pentecost) was baptized and just before his or her reception of first Eucharist. These three sacraments were celebrated in one liturgy and constituted the way everyone was admitted into the church as a full member. This is still the practice of the Orthodox and Eastern Rite Catholic churches today—even for infants. Infants are baptized, chrismated (confirmed), and then given a drop of precious blood (Eucharist) in one celebration.

The Roman Rite developed two post-baptismal anointings: one given by the priest and the second by the bishop. This became confirmation. Due to the required nakedness, baptism was celebrated apart from the assembly by a priest during the Easter Vigil or Pentecost. After being dressed in white garments and anointed by the priest in the baptistery, the newly baptized were led into the church and received by the bishop. They were anointed and there was a laying on of hands to mark their welcome into the eucharistic assembly.

Initially this second anointing was easy to arrange, since the bishop presided at his local church over the initiation of all the faithful. However, as the church grew, it was no longer possible for the bishop to preside at all of the initiatory celebrations of the diocese, so confirmation was delayed until the week following baptism. Soon after, confirmation began to be regularly celebrated as a separate sacrament that could be performed at any time the bishop was available.

Medieval theologians in the West, largely unaware of the origins of the sacrament, developed a theology of confirmation based on the common practice of conferring confirmation as a separate sacrament. Much of this theology is based on teachings thought to be written by Pope Melchiades, who reigned in the early fourth century. In reality these decretals were written by a fourth-century bishop from the south of France, who taught that as a consequence of the gift of the Holy Spirit, confirmation gives a special strength to witness to the faith in adversity (robur ad pugnam) and hence is a sacrament to be celebrated in maturity. Nine hundred years later, in the 13th century, Thomas Aquinas based much of his approach to confirmation on these teachings, thinking that they were genuinely from a pope.

Given the complicated history of the sacrament, it is important to admit that it was never meant to be the separate “sacrament of maturity” it has become. Theologically, confirmation only makes sense when closely tied to the other sacraments of initiation: baptism and Eucharist. Furthermore, given that our present culture marks one’s “coming of age” when people reach their 20s (do we really think a teenager is capable of making a permanent life choice?), it is time to scale back the contention that this sacrament celebrates “maturity.”

Celebrating confirmation after completing required catechetical classes and service projects says that one has to “earn” one’s right to this sacrament. Instead, we should see confirmation as a gift given by our loving God. The time and effort expended on adolescent confirmation programs that reach only a small percentage of our Catholic young people—the majority of whom are not ready to make a “mature commitment” to the church—could be better spent developing more robust youth ministry. These same young people are willing to explore fol-lowing Jesus as a way of life that leads to joy and human fulfillment.

Let’s restore the traditional order of the sacraments by confirming at the age of 7, just before first Eucharist. Not only does this practice make more pastoral sense, it also avoids making confirmation a sacrament of departure. 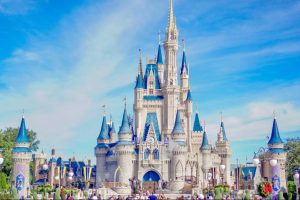