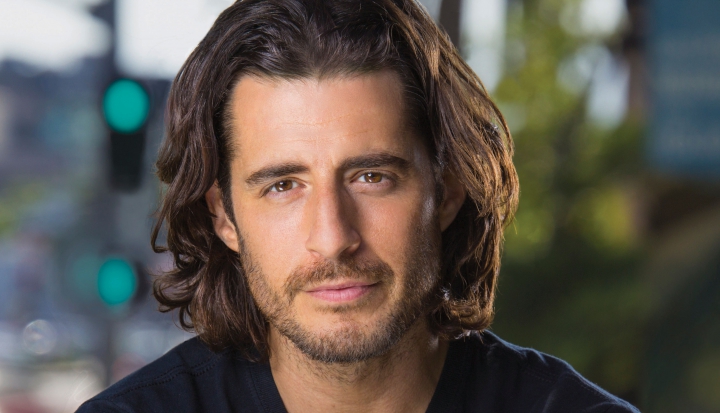 Actor Jonathan Roumie has portrayed, arguably, the most famous person in history. No role could compare to playing Jesus Christ, in projects that have sometimes been “obscure” and others “more intimate,” Roumie says, explaining that the complexity and humanity coupled with the mystery of Jesus’ divinity offer an endless supply of emotions to draw from.

Still, human doubts creep in. “Each time I accept [the role],” he says, “… there is the immediate feeling of, ‘Am I worthy enough to tie my fake Jesus sandals?’ ”

Roumie’s knack for mimicking was obvious when he was a child growing up in the city and suburbs of New York. But he didn’t turn to acting immediately, although after high school he enrolled at New York’s School of Visual Arts to pursue a filmmaking degree. Roumie spent his primary and secondary educational years in public schools. At home, he absorbed the strong commitment to the Catholic faith lived out by his Irish mother and Egyptian father.

Faith led him down roads he could not have anticipated, even settling into Los Angeles’ film industry. And yet, he has been drawn over and again to acting jobs steeped in un-Hollywood themes. In the 2014 short film, Once We Were Slaves, the scenes Roumie is in are some of the most dramatic and meaningful. He portrays Jesus during the crucifixion scenes. Nailed to the cross, crowned in thorns, and living out his last hours alongside two thieves erected on crosses on either side of him, Roumie’s pained eyes and tortured facial expression channel the physical and emotional anguish of those historic moments.

The dark-eyed actor has experience portraying Christ—a role he calls “continually a blessing and a grace . . . easily the most personally meaningful and impacting of my career.” His most recent project is unlike the stage-set portrayals.

In a live Good Friday performance at a Santa Monica, California church before hundreds of spectators, Roumie recreated the passion narrative in a “living stations of the cross.” To prepare, he trained his body to achieve a leaner look. (“I can’t ever recall seeing a fat Jesus, so I’m not about to establish that trend,” he says.) He also did “a lot of praying and asking for guidance,” adding that he discovers something new “each time I play Christ.”

Despite Roumie’s doubts, the offers to play Jesus still come to him, giving Roumie reason to believe “there must be a reason I’m meant to bring him to life for dramatic purposes.” That trust in a purpose has informed Roumie’s personal religious life as well. As a member of the Church of the Good Shepherd since moving to Los Angeles in 2009, he’s found a purpose in more than just attending weekly services. First drawn to the Masses presided by Father Colm O’Ryan, who was able to make “sense out of the senseless and seemingly interminable [economic] recession” our country was experiencing at that time, Roumie became entrenched in the parish, where he has served as a lector, ministry leader and—of late—a eucharistic minister.

Three years ago, Roumie’s involvement in this Beverly Hills-based church grew to building a community of Catholics (that is also open to all Christians) in the entertainment community who come together to, as Roumie says, “share their ideas, desires, hopes, and dreams” in a social format. That became, with his efforts, the Good Shepherd Professional Entertainment Fellowship. The fellowship hosts bimonthly meetings featuring guest speakers from the industry (writers and producers to actors and film executives) who talk about how faith informs their professional and personal journeys. The fellowship operates without a budget, so guests donate their time, as do Roumie and the colleagues who help out. Some meetings draw as many as 80 people.

One of the fellowship’s guest speakers was Emmy-winning writer Robert King. Roumie has acted in The Good Wife, which King co-created with his wife, Michelle. It’s part of the creative Catholic mindset to be generous with one’s time, at least that’s the way Roumie sees it: “It makes me happy to see some of the most creative and successful folks in town giving back to a community they care deeply about.”

The Jesus roles follow Roumie, though he notes that he “has yet to be asked to audition for anything mainstream in the biblical world.” He has turned down roles that he doesn’t respond to or that don’t tell a good story or paint a truthful portrait.

In the end, he prays about it. The experience of playing Jesus “has taught me to see people differently,” says Roumie. “It’s made me a better person. Maybe that’s why it keeps coming my way.”