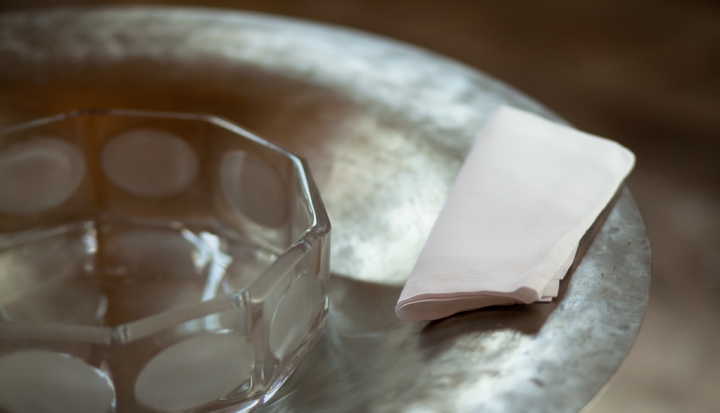 The gasps are audible at our Easter Vigil, when adults in parishes are baptized in cleverly disguised wading pools: “Was it really necessary to ruin their clothes?” Some may see this “overabundance” of water as too much of a good thing; others wonder (often aloud) if we’re becoming Baptists.

While baptizing people with a little dribble of water is “enough” for a valid and licit (legal) celebration of the sacrament, it hardly conveys the full meaning of Baptism. In Baptism the original friendship between the Creator and the created is restored. In Baptism a person dies and is raised to new life. In Baptism a person becomes a member of Christ’s body and is entrusted with Christ’s ministry to reconcile the world to God. That’s true whether the person is repenting of a long history of dissolute living or was just born.

When Jesus commanded his disciples to baptize, he was not prescribing a practice that was unique to his followers. Gentiles entering the Jewish faith underwent a ritual bath, and John the Baptist baptized as a sign of repentance and conversion. The word that Jesus used to describe what he was telling his disciples to do was the same word that was used for both these actions.

Following Jesus’ command, early Christians baptized using a lot of water, either by immersing the person or by pouring water over the head and body of someone as they stood or sat in water. Adults and children alike were baptized in natural pools of water, or in fonts lower than floor level that were stepped into, or even in large vat-like fonts. By the end of the fifth century or so, though, most people being baptized were infants, and immersion fell out of use, at least in the West. Baptismal fonts became smaller to accommodate the infants and the smaller amount of water needed. They also became taller for the sake of those who carried the infants.

After the Second Vatican Council, the revised rites of initiation and a renewed understanding of the meaning of Baptism called for immersion as the preferred method of baptizing. With the restoration of RCIA and the practice of adult Baptisms at the Easter Vigil, the richness of all the baptismal symbols is being experienced and appreciated once again. The lavish use of water helps us appreciate more deeply the great mystery of Baptism, the generous grace of God, and the dignity that belong to us who are baptized into Christ. More water, please!