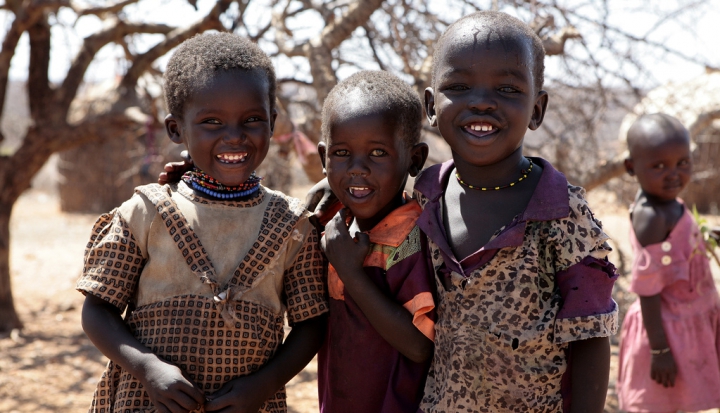 The name of God is mercy. The face of mercy is Jesus. This is the foundation for the Jubilee of Mercy. It also is a profound challenge. The face of Jesus, as Pope Francis reminds us, is the face of the homeless person and the refugee.

Inaugurating the Jubilee in the Central African Republic, Pope Francis profoundly demonstrated this point. Opening the Jubilee doors to the Bangui cathedral, the pope physically showed us that mercy is about pushing our boundaries. It is about moving outward to the margins and embracing the vulnerable. Translating mercy, or misericordis, as “opening one’s heart to wretchedness,” Pope Francis insists that “humanity needs mercy and compassion.”

My favorite definition of mercy comes from Jesuit Father James Keenan, who defines mercy as “entering into the chaos of another.” His definition beautifully captures both the human and divine aspects of a theology of mercy. God enters into the brokenness, fragility, and chaos of our world in the incarnation, in the person of Jesus of Nazareth. We see the grace of mercy throughout the gospels, but to recognize it in our world we must go out and listen. Mercy is always relational. It involves becoming vulnerable as well as opening ourselves to possibility.

I saw this dynamic and relational mercy in action at the Amani Primary School for street children and orphans, on the edge of the Kawangware slum in Nairobi, Kenya. Responding to the needs of the community, the Missionary Sisters of the Precious Blood began to feed and talk to the children visiting their courtyard. As the sisters listened, the children’s potential to learn became clear, but they were cut off from regular schools. Street children are either invisible or simply treated as a nuisance. So the sisters began teaching them English, Swahili, math, and religion. Today Amani is a fully operational primary school with a social worker and rehabilitation classes.

Amani’s success is tied to the sisters’ commitment to practice the kind of mercy about which Father Keenan writes. They do not simply feed hungry children while keeping themselves separate and protected. They enter into the children’s reality. Similarly, Amani has developed beyond the school to include a series of outreach programs that engage parents through workshops and meetings. A newly formed women’s empowerment group is currently applying for Kenyan government financing to start a small business. The Missionary Sisters of the Precious Blood community, including all the teachers and community members involved at Amani, is a beautiful example of practicing mercy and the possibility of a more graced community. It is no accident that amani is a Kiswahili word for peace.

Pope Francis likes to use the parable of the Good Samaritan when he talks about mercy. The Samaritan, notes the pope, is motivated by “a desire to identify with the person he helps: he wants to share his lot.” This focus on desire and emotion offers some insight into the relationship between mercy and compassion. In his book, The Name of God is Mercy, Pope Francis loosely identifies mercy as divine and compassion as human, placing compassion as a kind of subset of mercy. Compassion begins as the desire to share in the suffering of another and respond to her needs. The combination of emotion and concrete discernment is the heart of what Sister of Mercy Margaret Farley calls “compassionate respect.” According to Farley, “compassion offers a way of  ‘seeing’ that evokes a moral response.” For the Good Samaritan, this moral desire to suffer with the injured man is expressed by using his wine to disinfect and oil to sooth the wounds of the injured man.

In Nairobi I saw sisters who were moved with compassion, a desire to share the suffering of these children and respond. Practicing this compassion is the path to mercy, to becoming neighbor to the Kawangware community, and modeling a more graced community. Through the Amani community, I understood more deeply Pope Francis’ wisdom. Humanity needs compassion and mercy.