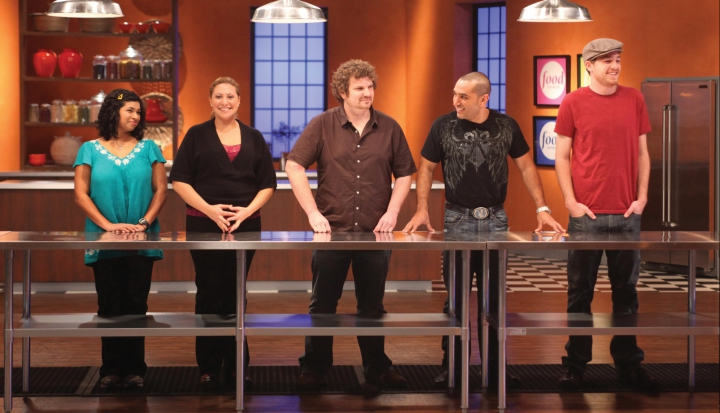 I think a lot of about food. I check out books from the library about the history of particular food cultures and flip through magazines devoted to covering recipes and food-related travel. When not writing for the magazine in your hands, I write some of those articles myself.

If given an evening to myself to do whatever I want, chances are I’ll curl up with a cookbook, which I enjoy reading cover to cover. If given an afternoon to do as I please, I’ll make a semi-ambitious meal, while a full day means pickling or home brewing beer. While some watch TV or do yoga to relax, I am calmed by baking artisan-style loaves of bread and transforming a few humble ingredients into a flavorful feast—and I usually do so while listening to a podcast about food. You might say I’m obsessed with food.

My obsession isn’t unique. Our country is similarly afflicted and increasingly consuming not just food itself, but anything and everything related to it. Just look at the proliferation of food blogs and the seemingly endless parade of cookbooks by this popular blogger or that well-known chef. If you’re not reading websites devoted to restaurant reviews, recipes, and chef gossip such as Eater.com and SeriousEats.com, then chances are you’re scrolling through recipe after recipe on Pinterest during your lunch hour at work, looking to find out what ingredients you need to make coffee mug chocolate cake in the break room microwave.

Food on television is no longer the afternoon cooking shows on PBS I’d watch from the lap of my grandmother. There’s the Food Network, and if you have premium cable, the Cooking Channel, neither of which are for niche audiences anymore. The Food Network even has a reality competition show where contestants battle to become the host of their own show in the unimaginatively titled The Next Food Network Star.

Capitalizing on the popularity of food blogs in the early 2000s, the film Julie & Julia lured audiences to theaters to watch Amy Adams and Meryl Streep portray food blogger Julie Powell and food TV legend Julia Child, respectively, as Powell cooked her way through Child’s Mastering the Art of French Cooking and wrote about the experience online.

These days, it’s chefs who are captivating the masses, and the Weinstein Company has taken note and produced Burnt, an over-the-top drama starring Bradley Cooper as Adam Jones, a chef on the brink of heading the best restaurant in the world.

Hardwired to seek it, food is necessary for our survival. But this cultural preoccupation with all things comestible goes beyond that. Spending the equivalent of a mortgage payment or month’s rent on a single meal made up of 20–30 bites hardly seems like survival of the fittest, and yet I know a surprising number of people who not only can name the supposed best restaurants at which to do this, but have actually done so.

Likewise, the natural instinct to seek out nourishment doesn’t explain the hours I’ve spent meticulously planning a nontraditional Thanksgiving dinner or why one friend of mine loves to make his own crème fraîche instead of buying sour cream at the store.

In Spinning Plates, a documentary that tells the story of three incredibly different restaurants, Nick Kokonas, a partner-owner of Alinea, the Chicago restaurant with three coveted Michelin stars, comments, “Every restaurant exists to entertain people. No one needs to eat out. Why do you go to the restaurant? To be entertained, to enjoy yourself, to celebrate.”

Food, eaten at the chef’s table or our own, certainly does contain an element of entertainment—not merely appealing to our sense of taste, but all of the senses: There is the way cool and creamy blue cheese feels against your tongue after a bite of blazing hot chicken wings soaked in a vinegary sauce made with fiery chiles, and the way the steam and aroma lifting from a simple cup of coffee invites the first sip.

But the average person can be entertained for a lot less than how much dinner at Alinea will set you back. Going through the McDonald’s drive-through for breakfast hardly counts as entertainment, but it certainly counts as eating out.

Given our national health crisis—obesity, heart disease, and cancer are on the rise, and all three have correlations to the way we eat—one has to ask: Have we gone too far? Are we too obsessed with food?

Lest I go the way of important but borderline sanctimonious food documentaries (see: Forks Over Knives, Super Size Me), I think the answer is incredibly complicated. On the one hand, Pope Francis warns in Laudato Si’ of the cult of opulence. On the other, part of the national obsession is thanks to the increasing interest in producing and making food healthier for people, animals, and the environment. While we ought to embrace simpler lifestyles based less on consumption and more on love for one another, food is often the best expression of this. After all, isn’t a communal meal of bread and wine the centerpiece of our worship?

Perhaps making and consuming food media is our way of telling stories about a simple truth at the core of our existence: We cannot live without food.

But eating is never just about caloric intake necessary to perform our daily functions. We have turned a basic need into something extraordinary: beautiful meals with history, tradition, and artistry, best enjoyed in the company of others. Food not only makes us live. It is living itself.

Image courtesy of the Food Network.