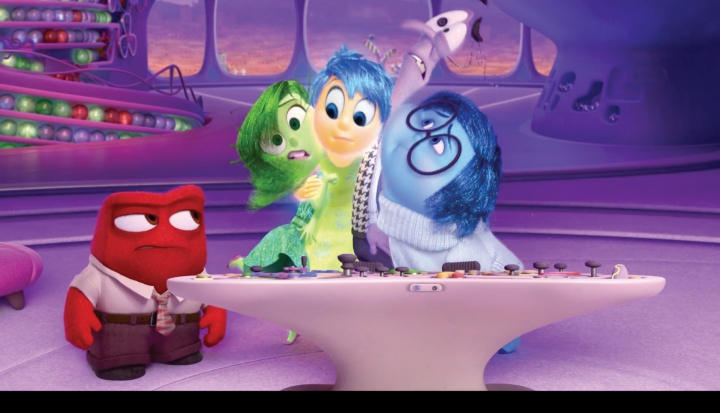 You know how parents claim they could never truly understand X, Y, or Z until they had children of their own? I’ve always hated that. Given that my husband and I had been married eight years (and together for nearly 11) before our first child was born, we were often on the receiving end of this sentiment.

Now a parent of a toddler, I fight the urge to say or think, “If only you had kids, you’d understand.” While our states in life—married, single, with and without children—impact how we experience it, the presence of children does not make it more or less valuable.

That said, the birth of a child is the centerpiece of our religious celebrations in December and early January. But it’s no ordinary birth. The birth of Jesus is the incarnation of God, the Word made flesh (John 1:14). In the words of Sister Elizabeth Johnson, “Christmas celebrates a radical gift: The all-holy God personally joined our world of sin and suffering to save.”

There’s an absurdity to the creation of a new person, so tiny and so full of the cells, blood, and bones his father and I gave him. It’s hard to imagine a time before he’d taken his place in the world. My friend, a midwife, comments that she’s always filled with joy and awe at the arrival of a baby: “Suddenly, there’s this new person who wasn’t there before!”

I imagine artists experience something similar, if there’s a single moment when they see their work spoken into existence by a brush across canvas, a pen to paper, a light in a darkroom. The arts, and especially film, are an excellent prompt for spiritual reflection, particularly on the incarnation. And given how movies are tightly linked to the American cultural celebration of Christmas, with top-tier films opening on Christmas Day, it’s worth getting creative about which movies we watch when we gather with our families during the holiday season.

The following films each ask what it means to contribute to or cause the thriving and flourishing of something or someone outside ourselves. They explore how the holy joins with the mundane, the sacred with the profane. And they tell us, in visual language, what it means to see light in the darkness.

Children of Men is a disturbing film. It’s also the most affecting cinematic reinterpretation of a nativity story I’ve ever seen. In a 1984-style future, no one has given birth to a child in 18 years. Clive Owen plays a jaded office worker numb to the refugee and immigration crisis filling the streets around him, until he’s pulled into a dangerous plot to protect a refugee woman who is eight months pregnant.

Through a stunningly realistic and brutal depiction of the bleak near future, the film strips the idea of the incarnation down to its absurd parts: a miracle baby born while bullets whiz by and bombs explode. And yet, the faith Owen’s character lost years prior when his son died during a flu pandemic is restored as he finds purpose in the promise of this child. In one scene, the presence of this baby moves gunmen to a ceasefire, at least momentarily.

Though it’s a Pixar animated feature, Inside Out’s greatest accomplishment isn’t its visuals; it’s the subject of the story. The push and pull between five different personified emotions inside young Riley (Joy, Sadness, Fear, Anger, and Disgust) gives viewers plenty to think about when contemplating the incarnation.

As the young girl goes through a difficult cross-country move, it seems Joy is the only emotion that can keep her personality whole. Like many of the warm and fuzzy stories told around Christmas, this view of the human experience is limiting. As the plot unfolds, we learn each emotion is important in a fully developed person, especially Sadness. It’s a film that can be appreciated on many levels, all while affirming a nuanced and whole understanding of what it means to be a person.

A priest friend of mine says that when he thinks about the incarnation, he thinks of a line from St. Irenaeus of Lyons: “The glory of God is the human person fully alive.” This, for me, immediately calls to mind the documentary Jiro Dreams of Sushi. This beautiful depiction of one of the most skilled sushi chefs in the world begins as a celebration of the single-minded pursuit of perfection.

That narrative is complicated when we see the sacrifices this 85-year-old has made to reach such heights. While Jiro was serving diners, his family grew up with a gulf of emotional distance between them. Jiro admits that even when he isn’t working, he still thinks of sushi. The film allows us to question what it means to be fully alive, as well as what that looks like within ourselves and our relationships with families, friends, and even the environment.

If you must see a traditional Christmas film, this is the one. It provides a refreshingly silly approach to what is otherwise a syrupy sweet genre. Will Ferrell plays Buddy the Elf, a human orphan raised by Santa’s elves at the North Pole. When he one day realizes he is three times bigger than all the other elves, he sets out to find his birth father in New York.

His earnest and joyful outlook on life makes him a fish out of water in the fast-paced, workaholic world of New York. Buddy struggles to learn what it means to be a human (and not an elf) encountering darkness. And yet the people who really get to know him can’t help but become more human by his illuminating presence.