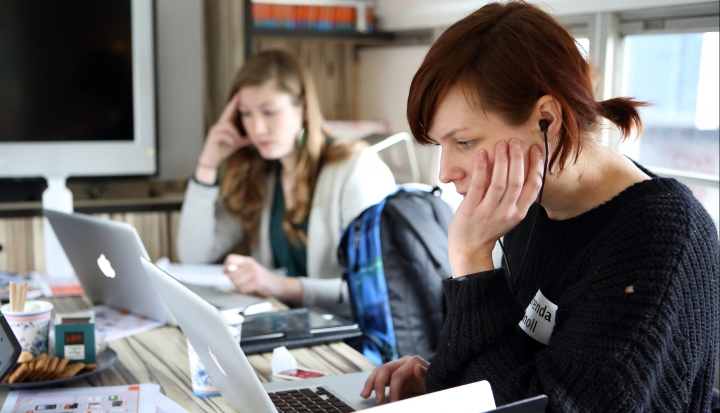 Unpaid workers of the world unite! OK, as a rallying cry, that could use some work, but it’s not bad as a simple descriptor of a growing and troubling phenomenon: uncompensated labor. Free labor may be partly powering the great leaps in worker productivity in the United States, but it is, naturally, exacerbating the already critical inequity in income and wealth distribution that has become so acute even some of the “1 percent” are beginning to worry about overdoing it.
We’re not talking about old-school brick-and-mortar labor rip-offs like not paying employees for setup or cleanup time. If you want to keep up with innovations in robbing wages from workers, you have to look at some of the nation’s vanguard enterprises that shirk traditional business practices such as a paid staff, sick days, and benefits.
For example, car service Uber has achieved a jaw-dropping valuation of $50 billion. How did it reach such heights? Uber relies on high-tech GPS tracking and low-tech worker exploitation. Its labor model turns drivers into independent subcontractors. In return for joining the Uber network, drivers agree to accept the responsibility for their own benefits—meaning in practice they don’t have any—and all of their car costs. Uber says its New York drivers can earn as much as $26 an hour, but many report that after the cost of gas, maintenance, insurance, and Uber’s 20 percent cut, drivers struggle to reach the federal minimum wage.
By relying on contractors, these hyper-flexible businesses have become the envy of old-fashioned corporations. But there is nothing revolutionary about them. Nineteenth-century robber barons made fortunes the same way, underpaying employees or scamming them out of what little they earned.
A recent California court ruled Uber’s drivers are indeed company employees merely described as contractors to dodge federal wage and hour laws. Uber complains its business model doesn’t work if it has to treat drivers like actual employees, which is no doubt true if your unwritten model depends on driving labor costs into a subsistence basement.
The other side of this coin are the unpaid summer internships that are something of a right of passage in the United States. Each year about 750,000 of them are offered. Interns are supposed to be gathering valuable work experience while making connections that can help them in the future. Trouble is, too many companies disguise what should be paid positions as internships. Last summer, in a publicity stunt aimed at embarrassing the United Nations’ policies on unpaid internships, one New Zealand intern opted to live in a tent on the streets of Geneva. He used press attention to demand the global end to such unpaid labor.
But the motherlode for capitalists seeking to tap new veins of uncompensated labor must be needy writers. Just ask Arianna Huffington. Her Huffington Post relies on legions of unpaid “associates” who blog by night, willingly providing content free of charge, buoyed—or deluded—by the faint hope that exposure will lead to far better things.
Imagine asking a mason to restore your crumbling walkway in exchange for a small sign lauding his hard work. You would probably be embarrassed. But not Huffington. Her model has stormed across the internet. Now even major corporations with deep cash reserves are seeking free content streams from “associates,” citizen-journalists, and other neo-monikered, uncompensated contributors.
Can this be legal? Apparently so. But that’s not saying much in the United States, which has some of the weakest worker protections in the industrialized West. Whether it is ethically OK is another question.
It would be nice if the Catholic Church would loudly sound off on this kind of labor exploitation. Before it does, however, it might want to take a hard look at its own employment practices, intern policies, and treatment of adjunct academics. Critical voices need to be credible.­
This article appeared in the October 2015 issue of U.S. Catholic (Vol. 80, No. 10, page 23–25).
Image: Flickr cc via Crowd Expedition
TagsEconomic justice Margin Notes