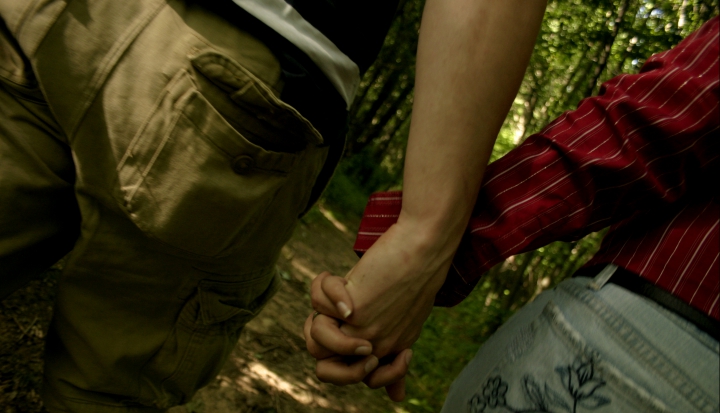 When it comes to sex, no means no. That’s just common sense. Or is it? Flip the question for a second: What means yes? Does getting undressed mean yes? How about nodding your head?

The question isn’t always as simple as it seems. In U.S. Catholic’s September issue of our print magazine, in a feature titled “Consenting to change,” Laura Fletcher wrote about Catholic colleges and universities that are changing the way we talk about sexual assault on campuses. She tells the story of one student—referred to as Alice—who was assaulted by a man she was dating. She didn’t report the incident right away; for one, she was worried about what the response of campus security would be, but she also wasn’t sure if what happened was really assault. Even though she said “no” and resisted, there remained a hint of doubt. “I wasn’t quite sure what had happened,” Alice said.

A recent article in the Washington Post defined this confusion more clearly. After polling over 1,000 college students, the article concluded that no one really knows what consent means. Opinions were almost perfectly split over whether specific actions—such as nodding your head or getting undressed—acted as implied consent for further sexual activity or not. Alcohol, pretty ubiquitous on college campuses, acts as a further obstacle to open communication and understanding.

Because of this, some college programs are starting to focus on a firm understanding of consent. The idea is that if students of any gender know what consent is, they’ll be a lot better at knowing what it is not. This new approach seeks to go beyond the “Band-Aid” measures Fletcher talks about in her article—things like banning alcohol or Greek life, which are not seen as successful by most students.

Consent seems like such a simple concept. Ask before you proceed in any sexual situation. Make sure each partner is on the same page. Listen. Respect each other. And yet, how often does this really happen in the college world of drunken hook-ups and “guyland” culture? One cartoonist, Alli Kirkham, pointed out what absurd standards we put on the survivors of sexual violence. For some reason, totally different rules apply when we’re talking about sexual encounters.

So what is consent? How do you give consent (or not give it) in any given sexual or romantic situation? According to Oberlin College, one of the few but growing number of colleges who currently base their sexual assault prevention programs on the idea of consent, consent consists of the following elements:

On the other hand, consent is not: not saying no, being in any previous romantic or sexual relationship, going out on a date, flirting, or agreeing to any sexual acts under threat of coercion. Consent can be withdrawn; people are allowed to change their minds at any time.

And there are some situations where consent becomes tricky, if impossible. Someone who is incapacitated by drugs or alcohol can’t give consent. Neither can someone who is asleep or unconscious. Sometimes there’s a difference in power—between a student and a teacher, for example—that makes it impossible for consent to occur, because some sort of pressure, coercion, or intimidation is always going to present.

One out of every 6 women will experience sexual assault or rape in their lifetime. I’m going to go out on a limb and say that way less than 1 out of 6 men wish to commit rape, or even think their actions comprise sexual assault. But a culture exists where men are told they must score at any cost, where student athletes and other star students are protected from rape allegations, and where men are often seen as innocent until proven guilty.

All too often, Catholics excuse themselves from any talk of sex or sexuality—especially among young, unmarried people. But young Catholics need to feel safe talking about their faith and their sexuality in romantic situations. We need to work towards a culture where potential partners treat each other with respect and openness. No woman (or man) should find themselves in a situation the next morning where they have to ask themselves, “Was that really rape? Was I asking for it?”