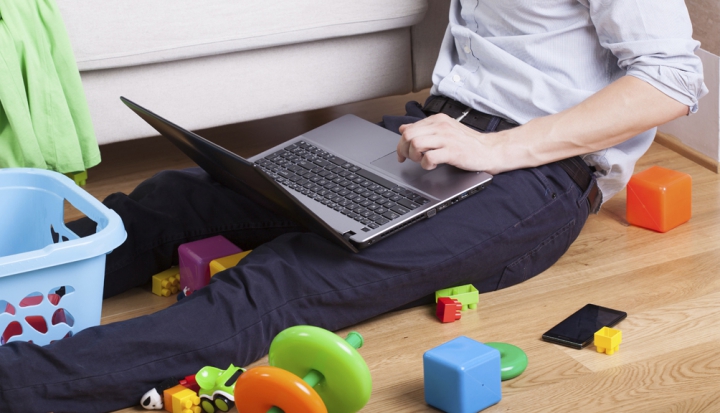 All of us are pushed in a thousand directions over the course of a single day. Spouses, children, parents, work, friends—it can be hard to find the time for daily maintenance, much less the mental space to practice any kind of spirituality.

Having any kind of deepened spiritual life can often seem impossible. But Sister Joyce Rupp, O.S.M., an award-winning author and retreat leader, says that in fact, quite the opposite is true. The process is two-fold. We have to allow ourselves to be present in the moment and where we are in life, committing ourselves to our families and letting go of any guilt we feel for not being able to accomplish everything. But we also need to take the time to be kind to ourselves: to find those small moments of stillness where we can take a deep breath and remind ourselves that we still have a meaningful interior life.

In this web-exclusive excerpt of her interview with U.S. Catholic, Rupp teaches us how to start being aware of those small moments of spirituality in our daily lives.

How has the awareness of spirituality grown or changed over the years?

I think basic, fundamental things are the same, but the spirit has changed a lot. There’s such a draw today towards both Buddhism and monasticism. It’s because we live at such a frenetic pace. That’s something that has changed a lot from when I started doing retreats.

At the same time, there’s a whole drive to Buddhism. Buddhist retreats are the opposite: extended, in-depth, quiet, and focused. The popularity of these Buddhist retreats show that longing is there, but people just are so caught up in everything. It’s hard to make the commitment and they think, “I can’t. I’d like to do that, but I don’t feel I can right now.” So they fulfill their desire for some kind of spirituality with the shorter retreats instead.

Buddhism and mini-retreats seem like opposite ends of a spectrum.

They are. People definitely have a longing for spirituality, but we also need something that’s accessible to people where they are. I think that sometimes church spirituality is so exclusive that somebody with three kids and a full-time job has no way of ever accessing it.

I recently spent some time with my cousin, who has a 14-month-old daughter. I kept thinking to myself, “Boy, both these parents have jobs and they’re taking care of a young child. Where do they have time to read anything?” They get up at five o’clock, play with their daughter, go to work, come home, make dinner, and put their child to bed. By that time it’s nine o’clock and they’re exhausted. So they go to bed, get up the next day, and do the same routine again.

Do you have any advice for families in this situation? How do you make the time to focus on your spiritual life when you have young kids and so much going on?

Hinduism calls this stage of life the householder stage. All that chaos and those other responsibilities is just the pattern. It’s the way things ought to be at that time in your life. The focus should be on the children: you need to care for them and engage in all the activities that go along with that. It isn’t until you get older, Hindus believe, when you move to a different stage of life called the forest dweller stage. That’s when you can focus on moving into a deeper spirituality.

Younger people might not be able to devote that much time to their spirituality, but it’s still present. It’s all about intention and awareness. So even though they can’t take big pauses—it’s just not possible for the most part—they can still have a spirituality around their family.

Finding even momentary stillness is sometimes easier said than done. What are some concrete ways to find those tiny pauses?

The other side of this is working out how to have spaces for yourself, no matter how small. (Granted, when you’re a single parent this gets really hard.) Maybe an hour where you take a bike ride, jog, or go to the park; anything that lets you have that time for self.

We put a lot of guilt on parents and tell them, “You should be doing all of these things.” Really it’s not possible to do everything. But it’s still important to ask yourself the question, “How can I get rebalanced?”

Let’s talk about that guilt. When you’re younger, you feel like you should spend any free time taking care of your children, but that doesn’t necessarily go away as you get older. Eventually you might start taking care of your parents; there’s always someone else to be caring for besides yourself.

Exactly. You need to really make the time to do these small spiritual practices so that you start building in those habits. Again, sometimes it only takes a few moments. Almost everybody takes a shower in the morning: That’s a great time to do a little focusing and a little reflection, instead of just letting the mind wander all over the place.

If you’re going to work, what are you doing during the commute? That’s another time where there’s the possibility for a little reflection. There are ways to build in those little moments, but we need to remind people and give them some possibilities of how to do it. People need the nourishment and the tools to know how to find these moments in their own lives.

As religious professionals we need to ask ourselves how we can help people with their day-to-day lives and at the same time offer them something deeper. How do we nourish people in a way that doesn’t just put more pressure on their lives? We can do this, but it takes real leadership on the parish level.

This is a web-only interview that accompanies the full interview with Sister Joyce Rupp titled “When help isn’t helpful,” which appeared in the August 2015 issue of U.S. Catholic (Vol. 80, No. 8, pages 18–22).