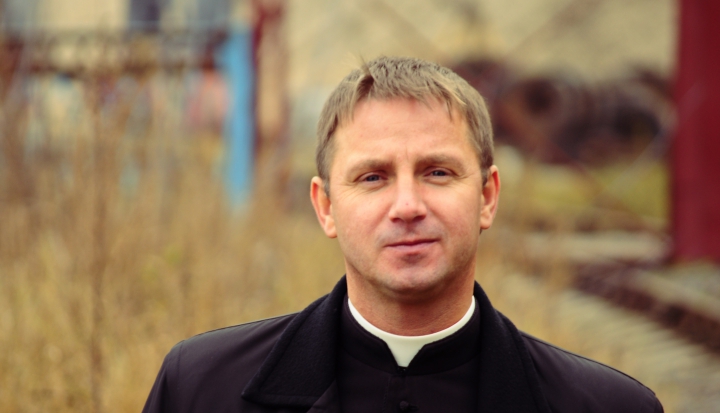 Mark Twain once remarked that “clothes make the man” because “naked people have little or no influence on society.” Since clergy aren’t known for appearing nude in public, we should probably stick to the question of whether or not they should be distinguished by their dress.
Controversy about this subject goes all the way back to 428 when Pope Celestine I took issue with the clergy of present-day France, who distinguished themselves in their attire. He argued that learning, purity, and good conduct should mark the clergy rather than vesture. That’s not a bad lesson to remember these days as some priests have returned to wearing the cassock, the traditional black robe of diocesan priests. Is it service they have in mind, or simply the need for attention?
Despite the warning of Celestine, the habit of clerical dress caught on and developed in two parallel tracks, one being the garb worn for everyday use and one reserved for liturgical and sacramental celebrations. The source for both, however, is the daily attire of bygone eras. As Germanic influences became more common in southern Europe, more and more Roman men adopted the legged garments of the northern tribes. Long tunics were shortened and turned into something we might call a coat or jacket. Though styles changed, some clergy retained older ways of dress for their daily use, such as the chasuble (a large cloak originally worn by men and women in ancient Greece and Rome) and the stole or pallium (a Roman symbol of civic authority).
These garments were eventually reserved for liturgical actions. In the Roman Catholic tradition, the stole and chasuble continue to appear in their varied liturgical colors. A more ornate stole, called a pallium and made of white lamb’s wool, is worn only by metropolitans, bishops overseeing large cities. Among these bishops, the pope, as bishop of Rome, holds greatest honor, and it is he who gives the pallium to the others.
Today’s “Roman collar” probably received its start as a shirt worn under a high-collared tunic or perhaps even as a scarf intended to prevent the tunic’s stiff collar from aggravating the neck. It’s an odd turn of history that something so usefully soft has become a rigid and sometimes irritating symbol adorning its wearer! It can be found as a simple plastic insert on a shirt. It is also a prominent part of the cassock.
Whatever the origin of today’s clerical garb, we could justifiably adapt the insight of Celestine to our own time: With or without the Roman collar or distinctive dress, clergy should be known primarily by the manner in which they welcome and serve others, rather than by what they wear.
This column appeared in the January 2008 issue of U.S. Catholic (Vol. 73, No. 1, page 41).
Image: Flickr cc via Paval Hadzinski
TagsChurch history Glad You Asked Religious life