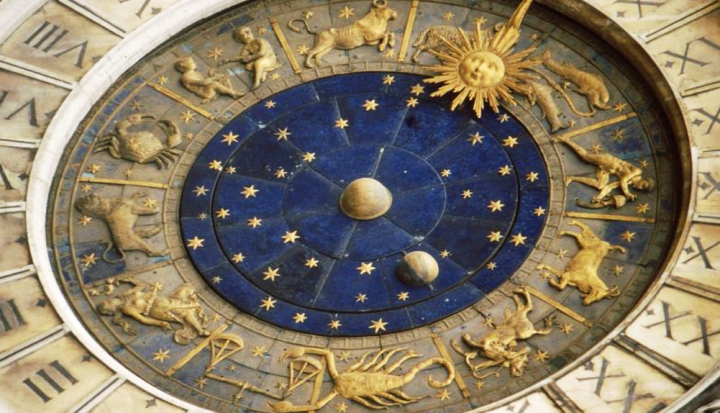 Recently, I received some free life advice at Starbucks, courtesy of the horoscopes baristas had clipped from the newspaper and taped to the back of the espresso machine. Apparently, I “should avoid controversial subjects,” “embrace change,” and “a plumbing repair could get pricey,” in the near future. I decided this might all make more sense after I had my coffee.
The improved interpretative faculties bestowed by an iced double espresso notwithstanding, the Catholic Church teaches it’s best to leave horoscopes alone. According to the Catechism of the Catholic Church, reading horoscopes, along with practicing astrology, attempting to interpret omens, and consulting mediums or psychics “all conceal a desire for power over time, history, and in the final analysis, other human beings.” They are considered violations of the First Commandment because they “contradict the honor, respect, and loving fear we owe to God alone” (2116).
While the modern church disavows horoscopes, the past reveals that church leaders’ views on astrology and horoscopes have differed over time. Information regarding the position of the planets and stars at the precise moment of a person’s birth was believed to influence one’s personality and was used to determine the future even before Christianity. Horoscopes remained popular into the 18th century.
For Christian scholars, it was God who set the stars in motion. Therefore, trying to understand them and plan actions according to their movements did not circumvent divine will, but could bring human actions more in line with it. Church leaders routinely consulted astrologers, who themselves were overwhelmingly members of the clergy, when trying to plan important church ceremonies. Prior to laying the cornerstone for the reconstructed St. Peter’s Basilica, Julius II commissioned a horoscope to determine the most auspicious time for laying the stone; it was installed April 18, 1506, at 10 a.m.
Others in the church were more skeptical. Some scholars argued that horoscopes were often inaccurate and were constantly being adjusted to reflect events that had happened but had not been predicted.
By the 18th century, measurements of the stars’ movements improved due to advances in optics and mathematics. These scientific improvements, however, ultimately put an end to any belief that stars could be used to better understand the future. Thus, it wasn’t church condemnation that doomed horoscopes to be a novelty in the back pages of a newspaper. It was better science.
This article appeared in the July 2015 issue of U.S. Catholic (Vol. 80, No. 7, page 46).
Image: Flickr cc via Nick
TagsGlad You Asked Theology Trends