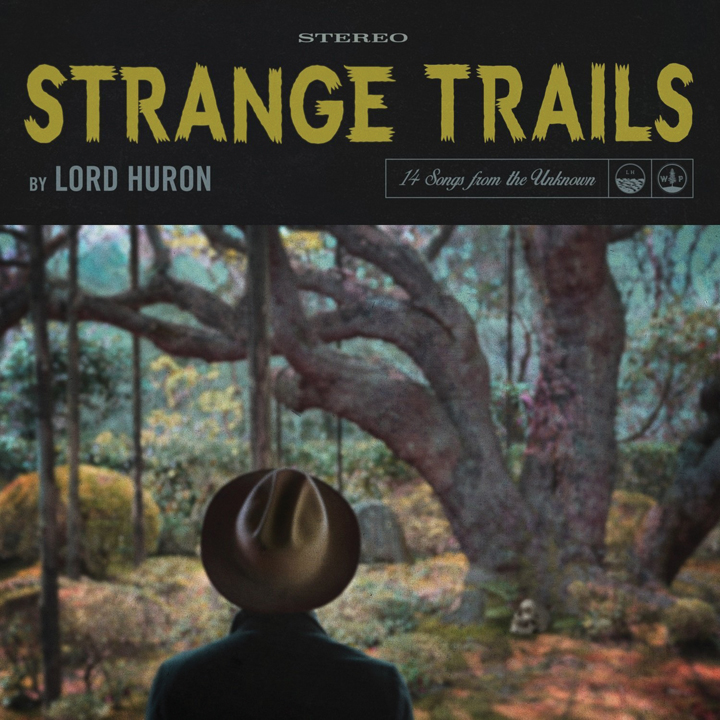 You’ve probably never heard of prolific Western adventure novelist George Ranger Johnson. That’s only, however, because Lord Huron frontman Ben Schneider made him up (complete with an author website). Johnson’s novels were, according to Schneider, the inspiration for his Michigan-turned-Los Angeles band’s 2012 debut album, Lonesome Dreams.
So it’s not surprising that Strange Trails, the sophomore album from Schneider and co., hasn’t exactly left fantasy land. In their new LP, subtitled “14 Songs from the Unknown,” listeners enter a mysterious and haunting apocalyptic world. Lord Huron—with its fuzzy radio, indie-Western-folk sound so characteristic it’s hard to categorize—is back, along with a new cast of fictional characters.
In April Schneider told NPR about “rockabilly country singer” Buck Vernon, who narrates the jaunty “Fool for Love,” and Frankie Lou, a lounge singer who sings “Love Like Ghosts.” And to accompany the album, Schneider created a comic book based on the song “The World Ender.” Book 7 in the grim series pushes readers to soul-search, asking “Does money lust make you evil?” and “Does ignorance make you deserving?”
It’s this dark, pensive narrative that ties the tracks together. “Until the Night Turns” leads the album’s fixation on reckoning: “I had a visitor come from the great beyond/Telling me our time in the world is done.” Living corpses follow in “Dead Man’s Hand.” And Southern Gothic “The World Ender” continues the tale and echoes avenging themes from Schneider’s comic book.
Strange Trails, bound like a book, is a mix of these characters’ fragmented and confounding tales. Although the narrative is incomplete, all of Schneider’s brooding lyrics transport listeners into the same weird, dark unknown—albeit while dancing.
This review appeared in the July 2015 issue of U.S. Catholic (Vol. 80, No. 7, page 42).

Sarah Butler is an associate editor at U.S. Catholic.