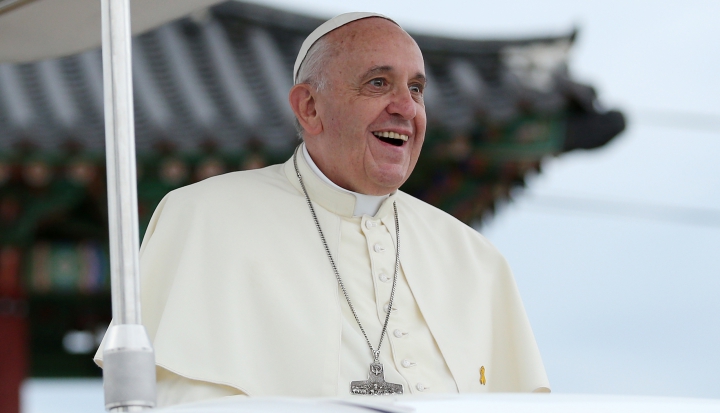 VATICAN CITY (RNS) One reason the cardinals gathered in the Sistine Chapel elected Jorge Mario Bergoglio as Pope Francis two years ago, on March 13, 2013, was a brief but powerful speech the Argentine cardinal made shortly before the conclave in which he denounced the “theological narcissism” of the Roman Catholic Church. The church, Francis declared, was “sick” because it was closed in on itself and needed to go out “to the peripheries” and risk all by accompanying the shunned and marginalized.

In these past two years, Francis’ efforts to do just that have captivated the public’s imagination and inspired a wide swath of the Catholic spectrum with visions of a newly resurgent faith unshackled from years of scandal and stagnation.

But there was another big reason the cardinals voted for Bergoglio: They thought the Jesuit archbishop of Buenos Aires was the one man with the administrative chops to finally rein in the dysfunctional papal bureaucracy, known as the Roman Curia, that was often at the root of the Catholic crisis. Today, however, the reforms that Francis launched with vigor and near-evangelistic zeal are showing signs of a sophomore slump, bogged down in ponderous consultations and more infighting.

The situation has reached the point that some Vatican insiders and church experts say Francis is facing a frustrating paradox: a pope hailed for revolutionizing the church’s approach to the world but who nevertheless is spending precious time and political capital at home reorganizing Vatican offices and trying to get the Curia on board.

The concern was evident in numerous private conversations and public comments as Francis gathered more than 160 cardinals from around the world for several days of deliberations last month on setting a new course for the church. It was the second time the pope had summoned the College of Cardinals to act as his main advisory body and to foster a more collegial style of governing.

The first meeting, 12 months earlier, had focused on launching a pastoral revolution, with discussion (and intense debates) over issues like divorce and remarriage and communion and creating a more open, welcoming church. Those debates would ramp up throughout the summer and reached a crescendo during last October’s Synod on the Family.

But this year’s gathering, which concluded with Francis’ appointment of 20 new cardinals, focused on reforming the Curia and Vatican finances. It left many participants not only bored but also worried that the church’s top brass were taking up so much time on administrative matters when they needed to be pursuing pastoral changes and outreach.

Soon after the cardinals headed home, reports surfaced of backbiting within the Curia, leading some to argue that “behind a Papacy described as ‘revolutionary’ or ‘purifying,’ the same old gang war continues,” as Vaticanista Andrea Gagliarducci wrote earlier this month.

In one example, conservative media who have channeled the Catholic right’s growing opposition to Francis reported that papal aides had opened the mail of bishops at the October synod to remove a book that challenged positions taken by the reformers. The Vatican denied the story, yet the shadow remained.

At the same time, Italian media published stories about Cardinal George Pell, the hard-charging Australian who Francis appointed to clean up the seamy financial side of the Vatican’s administration. The stories charged that as Pell was cracking down on profligate and even shady spending in the Curia, he was running up questionable expenses, including a bill for nearly $3,000 in clerical outfits. Those reports, too, proved to be overhyped, and the Vatican blasted them as “undignified and petty.”

Still, just having to deny such stories and in such terms gave Francis’ critics among the old guard, like longtime Italian Vatican watcher Sandro Magister, an opening to argue that nothing has changed from “the chaos of blunt recriminations, poisonous accusations, and vested interests that ravaged the previous pontificate.”

Yet even as some fret about the slow pace of change or others insist that Francis’ reform push is bogged down, the bigger picture is one of broad support for the changes he is making—even inside the Curia.

There is some carping by a number of old-timers who are used to the curial perks and privileges that Francis is abolishing with little ceremony and tough words. And there is the usual institutional inertia, especially because change is coming from the first pope from the Southern Hemisphere whose previous interactions with Rome were not always positive. He has brought in many people who “have no experience with the Curia or are almost anti-Curia,” as one experienced Vatican official put it.

Said another, a non-Italian, who like others requested anonymity in order to speak frankly: “The people here, mainly Italians, say, ‘We’ve always done it this way, and it’s worked well.’ But we say, now it’s not working. So we have to change.”

Can Francis change the culture, and the system? Here are three ways he can succeed:

There’s an old saying in Rome that those sent to work in the Curia soon become “more Roman than the Romans.” So it isn’t just a matter of replacing Italians; the Curia is already a remarkably international body with officials from all over the world.

In fact, after Francis delivered a Christmas tongue-lashing to the clerics who run the Curia’s byzantine network of departments, he held a separate meeting with the mainly Italian lay employees and praised their work.

But the 109-acre Vatican City State remains an Old World village, with all the flaws and virtues of a small-town mentality. Francis wants to rotate personnel more frequently so that curial officials return to pastoral work and new arrivals come in with a fresh sense of how the world works in the pews.

He also wants to make sure a Vatican job isn’t seen as a reward for climbing the clerical ladder, or a place to park churchmen so incompetent that they have nowhere else to go.

2. The Curia is there to serve, not to be served

Apart from all the scandals, a main reason the cardinals from outside Rome elected Francis (a fellow cardinal from outside Rome) was to rebalance a dynamic in which Vatican officials were seen as giving orders to churchmen—often of lower rank—on what to do in their dioceses.

Francis immediately set to change that by setting up a council of nine cardinals—all from outside the Curia—that meets in the Vatican every two months to advise him, by holding regular meetings with the entire College of Cardinals, and by appointing cardinals from far away places and from outside the traditional centers of power.

He has also reinvigorated the synod system, calling regular meetings of bishops from around the world to debate issues and set the agenda; previous popes discouraged debate and had the Curia carry out their orders.

“One thing Pope Francis has tried to make clear is that accessing the voice of bishops from around the world is different from hearing from the Curia,” said Washington Cardinal Donald Wuerl, a leading U.S. adviser to Francis. “As soon as you begin to bring in people and voices who really reflect the universality of the church, you have a different dynamic in the room.”

“He has the Curia to help implement policy decisions,” said Wuerl, a centrist who has been described as part of “the sanity caucus” of U.S. bishops. “But he needs the bishops to help address issues of the day and to say what we should be doing about this or that.”

Or as church historian Massimo Faggioli put it recently, creating the Council of Cardinals “means basically telling the Roman Curia, ‘You are fired.’”

The real reform, however, and the key to success, is in instituting an entirely new form of governance for the Holy See, a “system of checks and balances” in Vatican operations, as a senior Vatican official put it, that reflects the highest international standards for transparency and accountability.

It is a fundamental shift for a city-state that has functioned largely like the world’s longest-running divine-right monarchy. The goal is a more rational and a fairer system of operating based on best practices and precedents, rather than on abstract principles or ancient privileges.

“What we are seeing now is the struggle to enact that vision,” said another churchman close to Francis. “People tend to see the power plays, but it’s an intellectual and philosophical debate, and some theology.”

The Vatican’s financial system, and in particular the scandal-plagued Vatican bank, are seen as templates for the entire reform project. Restructuring the finances is in some ways the easiest—and the most urgent—task. That’s in part why Pell has drawn so much attention, and fire.

Yet the overall goal of accountability is backed by church officials inside as well as outside Rome, and the new statutes reforming the Vatican’s finances have done exactly what reformers hoped: they gave Pell and his successors unprecedented authority to oversee the money and ensure transparency, but they also removed some of his responsibilities and instituted layers of oversight on Pell himself.

Just as interesting and important, however, was the first full meeting of the pope’s sex abuse commission, a group composed of senior churchmen but also abuse victims and lay experts. Their chief concern: disciplining bishops who fail to punish clergy abusers and protect children.

Holding the hierarchy accountable in a systematic way is truly novel, and several Vatican officials said that the sex abuse crisis is the real model for reform—and may be the acid test of the success of Francis’ campaign.

Of course none of this means that the pope can take his time on curial reform. Several senior churchmen noted 30 years ago, St. John Paul II launched his own bid at reform, and it took 10 years to implement and didn’t end up changing much. Expectations are higher today, the time frame is tighter, and the Vatican bureaucracy is as outdated as ever.

For all of its drama and dysfunction, the Curia has resisted all previous efforts to tame the beast, and has grown confident in its ability to outlast even the longest-serving popes. And at 78, Francis is not likely to be a long-term pontiff.

Yet transforming the dynamic of Vatican power is key to what Francis considers his greater goal: reorienting Catholicism itself to face the new challenges of the third millennium.