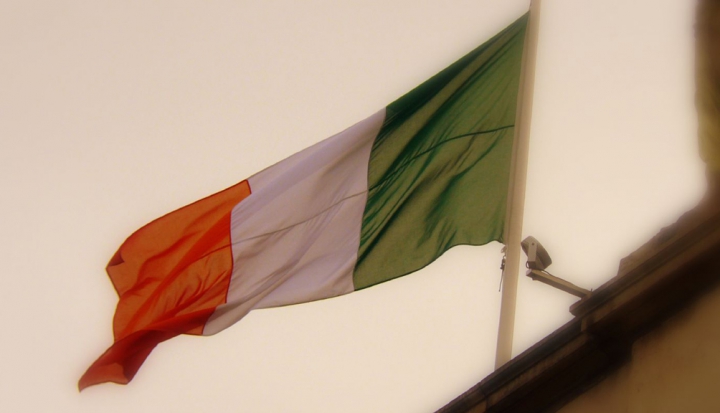 When Bishop Diarmuid Martin was asked by Pope John Paul II in 2003 to leave his post at the Vatican and return to Dublin to eventually become its archbishop, the pope also lobbed this question at him: “How is it that secularization came to Ireland so quickly?” Martin has said that his unvarnished answer to that question would have been, “Your Holiness is wrong,” although of course he didn’t say that exactly. But he did tell the pope that secularization had been on the Irish radar for many years, even if few had realized it.

Martin is currently the Vice Chair of the Irish Bishops’ Conference; during his years in Rome he served as Secretary for the Pontifical Council for Justice and Peace and as the Permanent Observer of the Holy See in Geneva and at the United Nations. He has been a steadfast advocate for victims of clerical sexual abuse.

How would you describe the state of Catholicism in Ireland today?

I believe the roots of Irish secularization have been there a long, long time, and they weren’t recognized in time. There are people who don’t recognize them still.

I think there’s a feeling that everything is all right—Mass attendance may be down, but people are really still Catholic. That may have been the case a few years ago, but I think more and more young people are losing familiarity with what faith is all about. They’re finding a way of life in which faith doesn’t really seem to hit them.

Just look at statistics today: Slightly over 60 percent of people in Ireland get married in church. Those that get married in civil marriages—it doesn’t mean that they necessarily do this as an ideological thing. They don’t walk in with a banner saying, “We’re coming here because we don’t like the church.” There may be other reasons.

Only about 20 or 25 percent of the Irish population go to Mass every Sunday and have some real sense of commitment to the church. There’s no reason to think that teachers in our Catholic school system are any different.

Are our Catholic schools doing the work we want them to do? If we want them to give children a good education, and give some type of presentation of a Christian culture, they might be doing that. For passing on the faith to future generations, the schools are not going to be able to do that on their own.

I remember an Italian bishop asked me about how religion is taught in the schools here in Ireland. I explained that Catholic schools are completely state‑funded and that teachers’ salaries are paid. He said, “Compared to our situation, that has many, many advantages, but it’s wrong.” He said, “The parish is the place. If you don’t have this link with the school and parish, if young people don’t begin to be part of a faith community, then they’re never going to survive in faith.” We still have to recognize that.

What do you see that’s encouraging?

We have some movements of young people. They’re still, numerically, quite small. The strength of movements is they have a very strict charism, and that’s part of their strength. The broad range of young people, however, don’t belong to those organizations.

Certainly in this diocese, there are a number of parishes which are doing pioneering work—it may be slow moving, but it’s there. I’m very pleased to see that, to see the work of the priests and to see the younger people involved. There’s still a great interest in faith in Ireland.

There are signs of change in the Irish church. There are signs of new commitment and they’re tangible. They’re at an early stage. There will be a strong Irish church in the years to come, but it will be very different from the older one. People who belonged to the older one, whether they’re left or right, will find it maybe as unusual, and as difficult to understand, as Pope Francis.

What are some signs of new life that you see?

They’re simply experiences I have when I go out to specific parishes which maybe a few years ago were pretty dead. You suddenly find there’s a new life there. You can see that things are happening. The laypeople and priests are working together. While the number of priests is going down, personal support for priests is going up. And priests are encouraging laypeople.

As I go out into the parishes every Sunday, there is this sense that things are happening.

We have a very varied diocese, with a young population as well as an aging population. About 17 percent of the population in the diocese is under 9 years of age. The Irish population is growing, and we’ll grow substantially in the years to come.

Just as the government has to be ready to address the needs of a growing population, the church also has to be asking, “Are we going to be able to offer these young people the joy of the gospel? How are we going to do that?” It will happen in new and different ways. In that sense, I’m more hopeful because I see the changes that are taking place.

You said there’s a great interest in the faith in Ireland still. Do you think the church has what people are looking for?

Others would want to see not an oppressive or an oppressing church, but a church which challenges them and leads them to be better people. That’s a good start for evangelization.

What can be done to rebuild the confidence of the young in the church?

A lot of people didn’t quite understand how much the sex abuse scandal affected young people. People have said to me, “The young people, they’re not really interested in that.” They were, though. They were quite upset about it, actually. Their confidence in the institution was seriously affected.

There is this growing number of young people who are interested in faith. But for those who aren’t, I wouldn’t imagine they’d be coming any nearer to churches in large numbers in the near future.

Young people today are asking questions about life at 12 years of age which we asked when we were 21.

If they’re not coming to church, that doesn’t mean they’ve gone into a life of debauchery. They’re very thoughtful people, very sensitive, and very perceptive about what’s going on. They’re very generous.

When I was growing up at the time of the Second Vatican Council and I entered the seminary, the church was changing, and it was changing in a way that appealed to me. It was moving with my generation. I don’t think that young people perceive the church today in the same way, but there are moments when they do.

See, this comes down again to the different understanding of life that young people have, which we don’t always understand. If you’re talking about lifelong, permanent commitment, I think young people would all say, “Yes, I’m in favor of that,” but it may only be for a few months, or it may have intervals in it. We can sometimes use the language the young people are using, but we may not be actually saying the same thing.

You heard about the discussion at the Synod on the Family about cohabitation. I could bring into this room on one side six couples who are cohabiting with children, and on the other side six couples who’ve been married in church with their children. If I asked them, “What are your aspirations for the future of your children?” the answers from both sides of the room could be remarkably similar.

If I asked them all, “What is your commitment to your partner or your wife or your husband?” the answers might be remarkably similar. We have to build on that. I could say to the cohabiting couples, “You’re living in sin,” and they’d go away and never come back. But if we start thinking in terms of what we have in common, and if we had a way in which people who are married themselves were witnessing to that, I think that would be the way we could start a dialogue.

This is a web-only sidebar which accompanies a full-length interview with Dublin Archbishop Diarmuid Martin called “Complacency: The church’s new challenge” that appeared in the March 2015 issue of U.S. Catholic (Vol. 80, No. 3, pages 28-32).