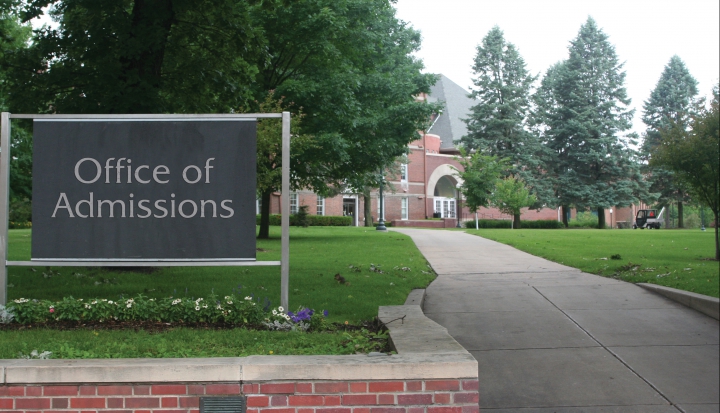 Recently, the United States Supreme Court decided that an amendment in Michigan’s state constitution banning the use of affirmative action at public universities does not violate the Equal Protection Clause of the U.S. Constitution. In its decision in the case of Schuette v. Coalition to Defend Affirmative Action, the court gave license to other states to ban race-based affirmative action. This directly opposes the position taken by the Association of Catholic Colleges and Universities (ACCU), which joined a number of other institutions to support race-based affirmative action. By doing this, the ACCU supports Catholic values, particularly the value of equal dignity.

A central conviction of the Catholic faith is that every human being, regardless of race, gender, class, nationality, or other distinction, is equal in dignity with every other human being. Everyone is a creature of God, made in God’s image. What this means in relation to race-based affirmative action was made clear by the U.S. bishops in their 1979 pastoral letter on racism, “Brothers and Sisters to Us.” In that letter the bishops wrote, “We see the value of fostering greater diversity of racial and minority group representation in the hierarchy. Furthermore, we call for the adoption of an effective affirmative action program in every diocese and religious institution.”

Perhaps more importantly, the bishops explicitly recommended “that Catholic institutions avoid the services of agencies and industries which refuse to take affirmative action to achieve equal opportunity and that the church itself always be a model as an equal opportunity employer.” The bishops addressed affirmative action once again in 1986, this time in their pastoral letter “Economic Justice for All,” where they stated, “The nation should renew its efforts to develop effective affirmative action policies that assist those who have been excluded by racial or sexual discrimination in the past.”

When legal challenges have been brought before the Supreme Court, Catholic universities have made their support for affirmative action clear. In 2012 Fordham University (where I teach), along with Boston College, DePaul, Georgetown, College of the Holy Cross, Marquette, Notre Dame, and San Francisco University, filed an amicus (friend of the court) brief before the Supreme Court in the case of Fisher v. the University of Texas at Austin. Abigail Fisher, a white student who was denied admission to the university, had filed a lawsuit against the school’s use of race as a determining factor in reviewing applicants. Fordham and its fellow Catholic schools supported the University of Texas at Austin’s use of race-based criteria to achieve a diverse student body. In its 2013 decision the Supreme Court affirmed that considering race as one factor among others in a university’s admission efforts is a valid way to achieve this goal.

Despite the Fisher case upholding race-based affirmative action, the court stated that a public university must exhaust all nonracial methods for promoting diversity and only turn to race-conscious policies after finding that “no workable race-neutral alternative would produce the educational benefits of diversity,” thus ensuring that an admission policy is narrowly tailored to the goal of diversity. Moreover, a university is not entitled to any deference or presumption of good faith in the judicial review of its policy. In short, the court upheld racial diversity as a value while also imposing additional hurdles to its attainment.

In the aftermath of the court’s Schuette decision, those committed to inclusive and democratic education and societies are now obligated to first explore “race-neutral” alternatives such as “pipeline” projects that seek to mentor younger students in preparation for their application to universities, socioeconomic-based affirmative action, and other polices using proxies for race-based stratification. Unfortunately, such endeavors are too expensive for many underresourced institutions to use effectively. Moreover, even the marginal success of such programs fails to address what race-based affirmative action usefully confronts head on: the operation of unconscious discrimination.

Research in cognitive psychology has shown that we all harbor biases and that race-conscious affirmative action policies assist in addressing those biases. Part of the reason for enduring social hierarchies such as racism is that people rely on stereotypes to process information, using biases they don’t even know they have. These implicit biases, as psychologists call them, are picked up over a lifetime, absorbed from our culture, and work automatically to color our perceptions and influence our choices. Project Implicit, a collaborative research venture between Harvard University, the University of Virginia, and the University of Washington, has tested 6 million participants over a decade. The project found pervasive ongoing bias against nonwhites and lingering suspicion of blacks in particular. Some 75 percent of whites, Latinos, and Asians show a bias for whites over blacks.

In education specifically, studies have shown that teachers hold different expectations of students from different ethnic origins. These prejudiced attitudes were responsible for different expectations and for the ethnic achievement gap in their classrooms. Teachers who hold negative prejudiced attitudes appear more predisposed to evaluate ethnic minority students as being less intelligent and having less promising prospects for their school careers. This implicit bias in society and particularly in education suggests that the selection of students can certainly be affected by unexamined stereotypes and implicit biases. Put bluntly, university admissions offices are not immune from the operation of implicit bias.

Biases, however, can be overcome with concerted effort. Remaining alert to the existence of bias can help counter its influence. If an individual acknowledges and directly challenges his or her biases, as opposed to trying to repress them, it is possible to overcome such prejudices.

Race-conscious affirmative action programs provide admissions officers the needed space for acknowledging and addressing implicit bias. They give decision makers the ability to consider the accomplishments and potential of students in a context that tries to neutralize any implicit biases. Affirmative action policies actually inhibit stereotyping and provide a sense of accountability.

Having a sense of accountability can decrease the influence of bias and encourage decision makers to self-check for bias. Numerous social psychology studies demonstrate that fair-minded people are usually unable to detect unfairness in their decision-making in the absence of aggregate data. Affirmative action provides the data to ferret out unconscious bias in admissions decisions by exposing any patterns of exclusion, however unintentional. The Supreme Court’s mandate to prefer race-blind policies in our post-civil rights era hampers the more egalitarian outcome of affirmative action policies.

Some scholars consider participants in affirmative action programs “debiasing agents,” envisioning them as assistants in the fight against racial discrimination rather than recipients of a benefit. Research shows that improving diversity can diminish stereotypes and prejudiced perspectives for everyone.

This is exactly what the Catholic faith envisions: seeing one another fairly as creatures of God. As long as racism continues to impair our societal vision, affirmative action will be needed as one small corrective measure to ensure the fair consideration of all applicants. Catholic universities are thus much needed leaders in the national conversation about affirmative action, in how the faith supports affirmative action, and in how our universities can model this faith in action.

Image: Flickr photo cc by Picture Des Moines. The photo has been altered.

Tanya Katerí Hernández is a professor of law at Fordham University School of Law in New York and the author of Racial Subordination in Latin America: The Role of the State, Customary Law, and the New Civil Rights Response (Cambridge University Press).