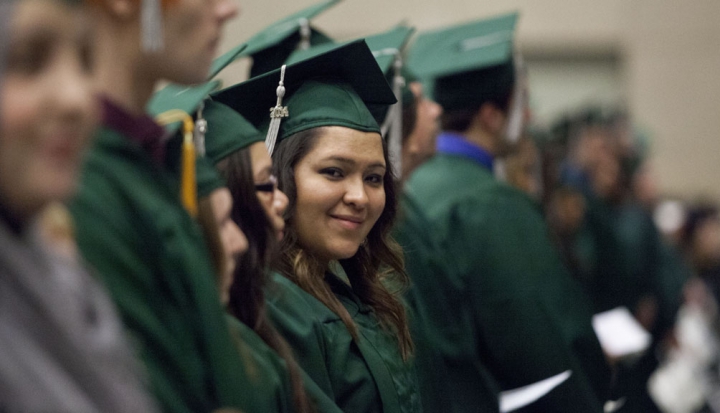 When Susan Ross first broke into the world of academia as a Catholic theologian, she was one of the few women in what had traditionally been a male-dominated field. In fact, it had only been about a half-century since women were even admitted to study in graduate-level theology programs at Catholic institutions, no less teach in them. This made Ross, as she puts it, a “curiosity” when she first started her teaching career 35 years ago.

Today there are many notable women who have made a substantial impact on Catholic theology, yet in many ways it remains a field heavily dominated by men. Ross is one of the notable exceptions—she currently serves as chair of the theology department at Loyola University Chicago and has become a widely quoted expert on Catholic issues in the media, placing her among the most recognizable names in modern Catholic theology.

In this web-only excerpt from her interview with U.S. Catholic published in the February 2015 issue, Ross discusses what has changed for Catholic women theologians—and the areas that still need some work.

How has the role of women in Catholic higher education changed over your career?

More women are going into theological education now than there were 50 years ago. In fact, when I was in the job market, in 1979, I was this curiosity. I got all these interviews because people thought, “Oh, a woman theologian.” Out of a theology department faculty of 34 at Loyola, I was the third woman.

It was kind of lonely, I have to say. I found my community in women’s studies. There was this whole group of people who were very supportive of me.

When did that start to change?

I would say starting in the late ’80s through the ’90s, and since then, what I’ve seen when I go to the Catholic Theological Society meetings is this whole group of younger women coming into the profession. You tend to see a lot of women specializing in the Bible, for whatever reason, and a lot of women in ethics. Systematics, for various reasons, has fewer women. It’s perhaps in some ways seen as more philosophical, more abstract. The numbers of women have increased, although we’re still certainly not the majority.

In terms of positions of influence, there’s still sexism. You still do encounter patronizing attitudes from people. I see that at my own institution. In 1994, the Jesuits put out this big statement that dealt with women in church and civil society. They asked all their institutions to deal with this question. The Jesuit who was president (of Loyola) at that time asked me and a couple of nuns in campus ministry if we would deal with it.

I said, “No, that’s your job.” My thoughts were actually somewhat less polite. But I was reacting to this sense that, “Oh, this is a woman’s issue, so you deal with it.” I remember saying to the president at the time, “No, this is for the Jesuits to deal with.”

Do you think it has been adequately dealt with? Or are there still areas for improvement?

There have been instances I know of at Loyola where women have been in offices and higher administrative positions. It’s still very much a boys’ club, so it’s still a struggle. I’ve had invitations to consider becoming a dean at other places. I’ve decided not to pursue that for a couple of reasons. One is because I wanted to stay involved in my own scholarship, and administration can be the kiss of death for that.

It’s not always a friendly atmosphere, I have to say. I get along fine with people at Loyola, the president and the provost. But there’s still some resistance, I think, to women being in positions like chair of the department. I get trotted out, I do these media things. For me, I do it for a couple of reasons. One is that it’s good for people to see that a woman can be a serious theologian, that it’s not always the Roman collars. It’s also good for the institution. I have loyalty to the institution. But I could tell stories. There’s still a lot of sexism.

What motivates you to continue in spite of that sexism?

One of the reasons that I continue to do what I do is that two‑thirds of the students at Loyola are women. For them to be able to see that women can be the chair of a department, can write books, can be in the classroom, can do interviews and everything else—it’s hard to measure what influence that has not only on the women, but on the men, too. The men also see that positions of influence or authority are not always held by men.

A lot of people my age in theology didn’t marry, didn’t have kids. A lot of women theologians my age and older are, or were, women religious: Elizabeth Johnson, Cathy Hilkert, Mary Ann Hinsdale, M. Shawn Copeland. The younger women in theology often have families, so they’re less likely to go on a heavier career track, especially when their children are young.

That’s one of the things that’s really changed, and I think that’s a really good change. The voices of women who have children, who are engaged and involved in raising families at the same time they’re teaching, is a terrific example to their students.

This is a web-only sidebar that accompanies an interview with Susan Ross titled “Why teach theology?” which appeared in the February 2015 issue of U.S. Catholic (Vol. 80, No. 2, pages 12-16).

Should Catholic kids believe in Santa?