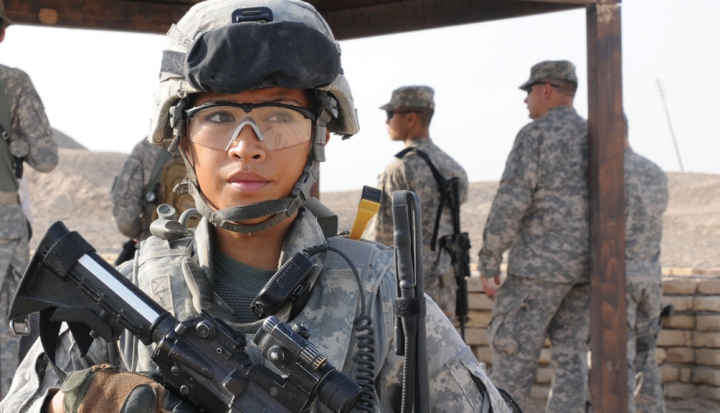 Our military men and women deserve the best protection, both in and out of combat.

In 2011, 28 U.S. veterans filed Cioca v. Rumsfeld, a class action lawsuit against the Pentagon for the mishandling of sexual assault cases. Kori Cioca endured persistent sexual harassment and intimidation leading up to a brutal rape by her commanding officer in the U.S. Coast Guard. Cioca reported the rape, but her assailant was not held accountable and continued to rise in rank. Cioca left the Coast Guard and has suffered from PTSD and profound long-term health problems due to the attack. She had to wage a prolonged battle for treatment.

Cioca is just one of many victims profiled in the 2012 award-winning documentary Invisible War. Every victim interviewed details the second betrayal by the military institution: cover-up and retaliation. As the film was nominated for an Oscar, Cioca v. Rumsfeld was dismissed, in part, based upon the government’s argument that service members are not allowed to sue the military for damages from service-related injuries.

Enlisting in the armed forces comes with significant risks associated with training as well as combat. All of these risks are heroically accepted by our servicemen and servicewomen; however, is rape now a service-related injury? The ongoing epidemic of military sexual assault and the failure of the U.S. military to adequately respond raises significant questions for Catholic moral theology.

Since St. Augustine, Christian theologians have examined and debated the role of Christians in the army. While the first Christians were pacifists, Christians starting with Augustine have developed and articulated a just war tradition to delineate the proper use of force. That tradition assumes that Christians can participate in the military and use violence to defend the state or innocents against attack. In this framework, church leaders and Catholic moral theologians present a strong moral voice emphasizing the impact of violence on civilian populations and questioning the use of force and development of weapons. From Iraq and drones to nuclear disarmament and “Don’t ask, Don’t tell,” the Catholic Church speaks on virtually all aspects of the U.S. military—except for military sexual assault.

Why the silence? Because Catholic voices have been instrumental in the international recognition of rape as a weapon of war/conflict, the virtual silence at home is deafening. Silence in the face of sexual assault is scandalous, especially given that there is an archdiocese for military services.

Since Invisible War’s release, military sexual assault has received considerable attention, including a sustained effort at reforming the military justice system by Sen. Kirsten Gillibrand and others. Yet the scandals and cover-up continue, as does the resistance to change. A Department of Defense (DOD) report from 2012 finds that 62 percent of victims who report sexual assault experience retaliation. In September 2014, allegations of continued intimidation of victims surfaced at Fort Leonard Wood. Frequently, the chain of command governing the process either includes the perpetrator or has other conflicts of interest. This culture of violence, fear, and retaliation against victims of sexual assault provides a clear example of social sin or structural violence.

For Catholics, social sin helps us address human structures that perpetuate, tolerate, and promote the violation of human dignity beyond the effect of individual acts. The DOD estimates more than 26,000 servicemen and servicewomen were victims of sexual assault last year, less than 20 percent of them reported it, and few perpetrators faced charges. Violence and betrayal are constants throughout the victims’ narratives. Over the last 20 years in particular, there has been a consistent inability or unwillingness to change the structures of sin. One cannot be silent in the face of such violence. Church leaders and all Catholics should be in the forefront calling for structural change in response to military sexual assault.