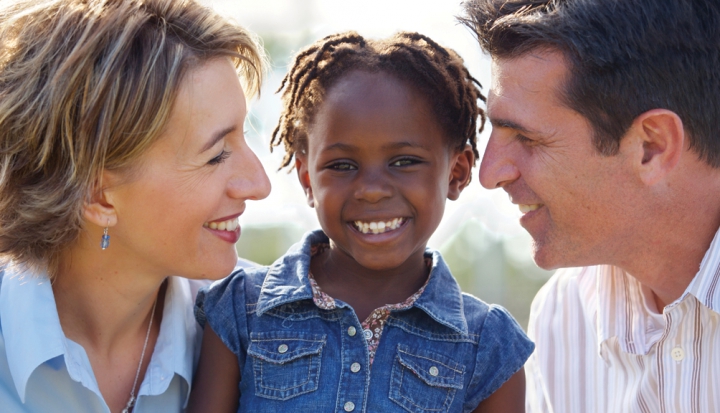 Although it is often depicted in movies and media as being a common practice, international adoption into the United States has actually been in a sharp decline for the past decade. According to numbers from the U.S. Department of State, international adoption hit its highest point in 2004 when 22,884 children were brought into the United States. In 2011, the total was 9,320.

The decline in international adoption can be attributed to many things, but it usually has to do with politics and government regulations. China, for example, has in recent years made significant changes to its adoption policies. According to a 2013 CNN article, adoptions from China first became popular in the 1990s after the media realized the full impact of China’s one-child policy, which left orphanages filled with abandoned infants, mostly girls. Since then, China has been one of the most popular destinations for American families looking to adopt.

That changed in 2007 when China introduced stricter regulations for adoptive families. Now, adoptive parents must be under the age of 50 and couples must have been married for at least two years. There are also rules prohibiting adoptive parents who are obese, who have facial deformities, or who have taken antidepressants for serious mental disorders in the past two years.

Russia, which was for many years the second most popular country for international adoptions, has passed legislation to outlaw adoption into the United States. Widely seen as a political move, the policy came after a 2010 incident in which a Tennessee family tried to return its 7-year-old adopted son to his Moscow orphanage. Other countries such as Vietnam, Guatemala, and Nepal have suspended international adoptions because of concerns about fraud and corruption.

This was something Heidi Schlumpf of Chicago learned firsthand as she waited to adopt her son from Vietnam in 2008. Schlumpf, a journalist, spent hours a day researching international adoptions online and read about cases where children were placed for adoption after being bought or even kidnapped from their parents.

For those reasons, Schlumpf started to get nervous when her son’s adoption seemed to be moving too quickly. “They were promising me a baby way too fast and cutting corners,” she says. “Things weren’t on the up and up, and it was the reporter in me who couldn’t ignore the fact that things were going too fast and who wondered whether we should be concerned.”

Although it was painful to start the process again, Schlumpf and her husband didn’t feel like they could live with themselves if they went through with the first adoption. They switched to another agency well known for its ethical standards. After his adoption, her son’s case was reinvestigated by the American government. “Even with that, I don’t have 100 percent certainty that either of my children were placed in the adoption system ethically,” Schlumpf says.

Although she is still a believer in adoption, Schlumpf believes that adoptive families need to think seriously about where their children are coming from. “As an infertile couple who really wanted to be parents, we wanted a child. It is very easy when you’re adopting in that mindset to think of a child as a thing you want, a commodity, and to conveniently look the other way when things aren’t looking right,” she says. “I did take a number of steps to do the best we could to adopt ethically, but it’s a very unregulated thing, and there’s this huge power differential between the receiving country and the home country.”