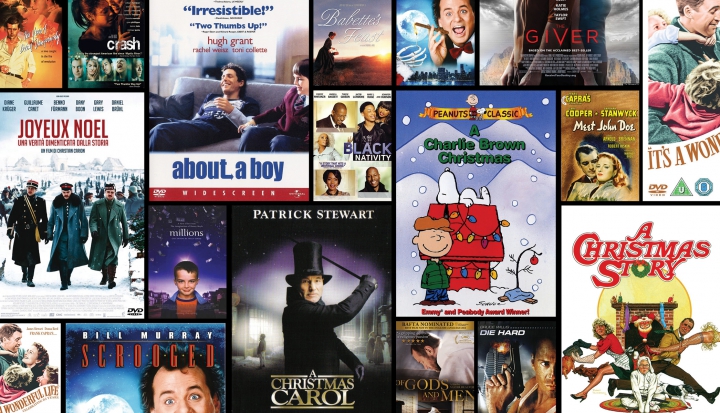 The question of what makes a movie ideal for Christmas, the day we commemorate and celebrate Jesus’ birth, is subjective. It often depends completely on the audience—among my Facebook friends, for instance, the 1988 thriller Die Hard came out as an unlikely favorite when I recently posted this question. But come to think of it, John McTiernan’s action movie starring Bruce Willis has all the right elements: It starts at a Christmas party and includes danger, a pregnant woman, bad guys, reconciliation, a savior, and a happy ending. And it’s really violent. If you make a case that Jesus was born amidst peril and violence, Die Hard might be the best Christmas film for you. Personally I prefer strong but less abrasive movies.

One way to approach your Christmas movie selection is to look to the Sunday readings and responsorial psalms of Advent as a guide. For year B, week one offers the prayer “Show us your love, show us your salvation, Lord” and commands us to “be ready” following the end-times readings of the weeks leading up to Advent. This makes me think of one of my favorite films, Chris and Paul Weitz’s 2002 comedy, About a Boy. The story, which is bookended by Christmas, demands that a stingy, narcissistic bachelor get ready to show love in a way that creates a family made from strangers.

The third week of Advent in year C focuses on generosity and sharing. The gospel reading of Luke 3:10-18 calls to mind Peter Weir’s 1983 political thriller, The Year of Living Dangerously. In the face of great evil at a time of social and political injustice in Indonesia in the 1960s, the story is driven by this scripture passage, asking, “What then are we to do?”

The final week of Advent in year B follows the theme of “let us see your face” with the gospel of the annunciation evoking images of service to God and others. The first movie this draws to mind for me is Xavier Beauvois’ 2011 film, Of Gods and Men. Based on a true story, it follows a group of Trappist monks in Algeria who must decide whether to stay or to go when threatened by opposing sides in the country’s civil war. They see the face of Christ in both the people of the village and in those who threaten them and choose to stay. You may not think that the theme music from Tchaikovsky’s Swan Lake is Christmassy, but this film may change your mind.

Looking beyond the Advent readings, plenty of movies have underlying themes that are a perfect fit for the Christmas season. Take for example Millions, director Danny Boyle’s 2004 challenge to Christmas consumerism. The film is filled with gospel-like characters, including a little boy named Damian whose mother has recently died. He has visits from the saints and quarrels with his brother about how to spend a lot of cash that has come their way in the run-up to Christmas. Note to concerned parents: The scene with the boys looking at a lingerie catalog on the Internet seems that it’s leading to no good, but it turns into a gentle and tender lesson between children about a mother’s milk.

Babette’s Feast, purportedly Pope Francis’ favorite film, is director Gabriel Axel’s 1988 cinematic interpretation of Isak Dinesen’s novel. It tells the story of a French chef who spends everything she has to create an unforgettable meal for the members of a religious sect off Denmark’s northern coast in the late 1800s. Babette, a refugee, chooses to become a handmaiden and serves with joy. It is a winter’s tale that takes place on December 15, the anniversary of the death of the community’s founder.

I hesitate to suggest a film about war for Christmas—in fact, I would like to nominate Advent and Christmas as conflict-free entertainment zones—but avoiding violence at Christmas would be more unrealistic than some of the supersentimental films people in the West seem to enjoy this time of year. If I were to pick a Christmas war film, it would be Joyeux Noël, the 2005 Oscar-winning film about unofficial cease-fires that occurred along the Western Front in Europe at Christmas in 1914. The film focuses on French, German, and Scottish soldiers who created a no-man’s-land on the battlefield and played soccer on Christmas Day. The gesture showed they were but lads, after all, who on the morrow would continue killing one another. Does the film show hope, or the failure of humanity to internalize the Christmas message? It’s a tough call when war is so acceptable and going to war is as normal as another day at the office.

Black Nativity is Kasi Lemmons’ 2013 musical interpretation of Langston Hughes’ 1961 play of the same name. It didn’t do so well in theaters, but I enjoyed it. It is an imaginative and creative, modern telling of the Christmas story about an African American teenager and his mother who are evicted from their home in Baltimore just before Christmas. The teen goes to New York to live with grandparents he has never known, and he starts to search for a father he has never met. It has a great cast led by Forest Whitaker, Angela Bassett, Tyrese Gibson, Jennifer Hudson, and Mary J. Blige.

Some people might think Paul Haggis’ Oscar-winning 2004 film Crash is a crime drama rather than a Christmas film, and it is. But it takes place at Christmastime, with the visual motifs creating the landscape, from lights and trees to It’s a Wonderful Life on a theater marquee. The interwoven stories create the ultimate Christmas-themed story: fear overcome by trust, racial hate overcome by kindness and fast-thinking, the abuse of power overcome by extreme forgiveness, and a child leading them. Crash is one of my favorite Christmas movies—with the confrontation between crime and Christmas constantly in motion.

If you’re looking for a great Christmas movie, there are of course the usual suspects. The sisters of my community remind me about A Christmas Story, the 1983 family comedy that I wish we wouldn’t watch any more, frankly. Times have changed, and kids with guns isn’t a funny scenario, even if it is just little Ralphie wanting that Red Ryder BB gun (especially after a 9-year-old girl accidentally killed her instructor with an Uzi in August). Instead I prefer A Christmas Carol. Any version will do, but I’ll include Richard Donner’s 1988 Scrooged, a rather crass, darkish comedy version starring Bill Murray, because ultimately it is redemptive.

I’ve already mentioned It’s a Wonderful Life, and I don’t think it requires more ink. But there’s another Frank Capra film worth mentioning, 1941’s Meet John Doe. It is the story of a washed-up baseball player, played by Gary Cooper, who becomes an unlikely political candidate and goes up against a fascist, D. B. Norton, with his own personal army. When politics turn dirty, John Doe vows to take his life on Christmas Eve. He is convinced to continue his “Be a Better Neighbor” campaign by Norton’s assistant Ann (played by Barbara Stanwyck), who tells him that one man already died for the sins of others: “The first John Doe, who has kept this ideal alive for 2,000 years.”

And just this year, along comes The Giver, about a post-catastrophic-event society that is completely “mono.” Everyone is white, and everything is in black and white. There is no dissent, no one asks questions, and no one remembers the past, except for “The Giver” (played by Jeff Bridges). He recalls the past: cultures, wars, different religions and races, and a beautiful time of year that we know as Christmas. His task is to pass on his memories to a Receiver (Brenton Thwaites), who escapes a culture of power and fear with a baby named Gabriel in order to save his community.

If you go to the movies this Advent and Christmas, or watch a movie at home, put on your gospel lenses. No matter what the movie, you might find signs of God, forgiveness, redemption, and selfless love in the stories that cinema tells us. See what gift of good it asks you to do for others at this holy time of year.