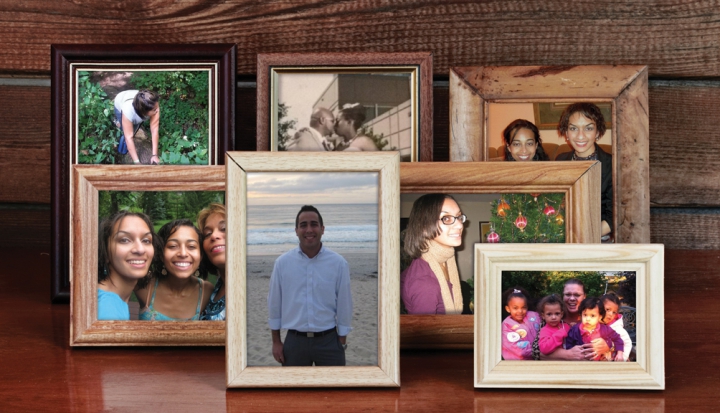 A table in my living room has become a kind of shrine. On it rest photos of people special to me: my grandmother, my parents, my best friend.  All have passed away. My grandmother passed away after 84 full years of life. The others died far too soon in my reckoning: my mother at age 64, my dear friend at only 59. Their deaths leave an emptiness that fits this season of longer nights and colder days. And yet their images bear a fullness as well. The memories they trigger also contain a yearning expressed in the hope that their absence is not the final word. The shrine is an act of hope that my loved ones are not gone forever.

In November, Catholics remember those we call “the faithful departed” who have “gone before us marked with the sign of faith.” In many parishes, we bring pictures of deceased loved ones to church and pray in a special way for those who have died over the past year. These acts of remembrance are signs of love. They are also acts of hope. Our prayers declare our hope that, in the words of the funeral liturgy, “Lord, for your faithful people life is changed, not ended.” As a people we nurture the hope that life will continue again, but in a way we can’t imagine or conceive.

But this November my thoughts will go beyond my own loved ones to include the parents of Trayvon Martin, Michael Brown, and many other unarmed African American young men whose deaths have caused such concern and reflection in our nation these last few years. The litany of such premature passings is too long to list here. They occur in every part of our country. They happen far too often. And most often they pass unnoticed by those not directly impacted, or those who are unlikely to ever be subject to the threat of such a premature end to their lives.

This year I will wonder: What does this month of hope mean for those who have been taken from us so suddenly and abruptly, for those whose violent deaths are in part the consequences of unacknowledged social fears? What does it mean to hope in the face of such ongoing bloodshed?

Hope has been called the most fragile of the virtues because, in the words of Jim Wallis, founder of the peace and justice organization Sojourners, it requires “a leap beyond the evidence.” Hope is not built on ironclad proof. There is no proof of life everlasting. Or that the moral arc of the universe bends toward justice, to paraphrase Martin Luther King Jr. Or that praying for justice is not folly in a world of violence and strife. Hope is indeed fragile. We can’t be compelled to hope. We can only be inspired.

But hopelessness mocks memories of past love and success, and empties the future of possibility. Without hope, the present becomes unbearable when the future is made bleak by the foreclosure of anything new. Hope, then, is a shorthand way of speaking of the power of the new. Hope is the inner conviction that life—despite its pain, losses, and disappointments—is still open to new possibilities, to the unexpected, to the amazing and marvelous.

This, then, is the belief we celebrate each November as we remember those who are no longer with us. As I remember my grandmother, parents, and sorely missed friend. As I and others remember young unarmed men who died violent deaths. Our remembrances are testimonies of hope that our God is one “who makes all things new” (Rev. 21:5). We thus become beacons of hope in a season of encroaching darkness. We bear witness to God’s power to bring something new, just, and life-filled out of personal and social pain, sorrow, and loss.