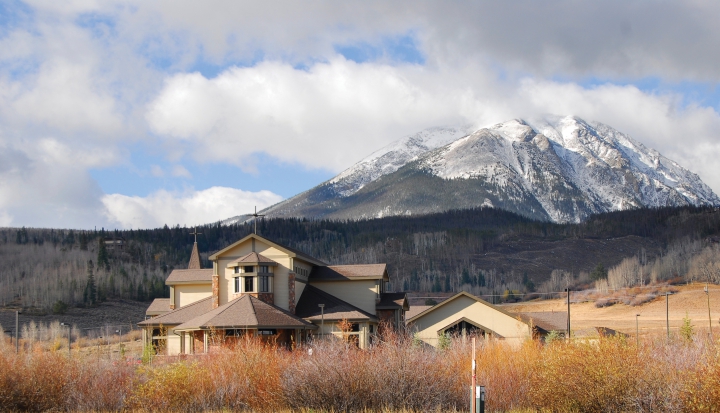 From the mountains to the prairies, Catholic churches stand tall—as widely varied as the people who worship in them.

For most Americans, the U.S. Capitol in Washington is among the most recognizable buildings in the country. But few may realize that the famed Capitol building bears some striking architectural similarities to America’s first Catholic cathedral, the Basilica of the National Shrine of the Assumption in Baltimore—most notably the two buildings’ unmistakable domed roofs. Those similarities are of course no coincidence, as both buildings were designed under the guidance of architect Benjamin Henry Latrobe. In fact it was Latrobe’s close working relationship with President Thomas Jefferson on the Capitol that inspired his work on the cathedral’s dome.

Although Baltimore’s cathedral may be the country’s oldest, it is far from the only American church building to have a rich and interesting history. Across the United States are a vast array of churches of all shapes and sizes, each with its own story. Take for example San Fernando Cathedral in San Antonio, from which Mexican General Antonio López de Santa Anna hoisted a flag during the Battle of the Alamo, marking the beginning of the siege. Or Michigan’s National Shrine of the Little Flower, which features a giant limestone tower bearing the crucifixion built in response to cross burnings on the church’s property by the Ku Klux Klan.

While it would be impossible to illustrate all of the stunning churches found throughout the country, U.S. Catholic has selected a few that offer a glimpse of the remarkable and beautiful diversity of church architecture in the United States. And although no two churches may be quite the same, they all serve the same purpose: to bring people together in celebration of their shared faith.

There are countless beautiful churches all across the nation. Have another favorite? Send us your photographs and the name of the parish to editors@uscatholic.org and we may add it to a second slideshow with our readers’ picks.