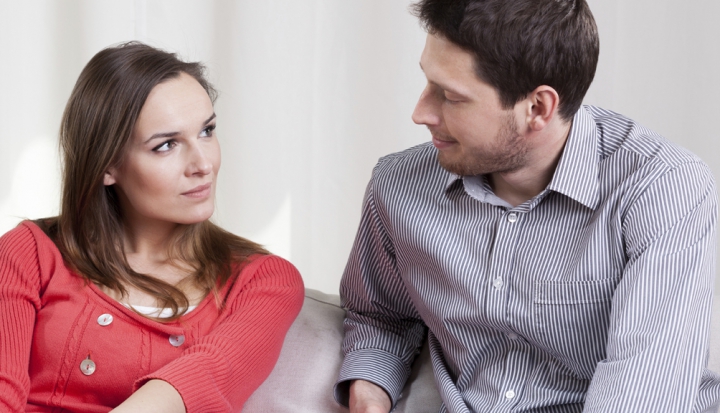 In October 2014, the presidents of the bishops’ conferences from around the world would meet up at the Vatican for the first round of the synod on marriage and family life. We at U.S. Catholic know that the bishops are busy, so we thought we’d help them out by polling our readers on what they think about marriage and family. Turns out, of the 645 survey participants, quite a few are looking and hoping for some changes.

Perhaps not surprisingly, 46 percent of those surveyed answered that the church should change its teaching to be more in tune with modern life. An additional 40 percent say that the church should keep its teachings, but should be more pastoral in how those teachings are applied to individual families. Cathy Stepanek from Minnetrista, Minnesota says, “The people would be better served by a church that held high ideals and then supported them in striving for these in their lives, but not shaming and ostracizing them for not making the mark.” Catherine Kelly of Coronado, California agrees, saying, “[The bishops] are so out of touch with the demands of family life in general, and until they learn to listen, they will remain so.”

Thomas Mayo of Virginia Beach, Virginia thinks that church authorities have more important things to do than worrying about contraception and same-sex marriage. “For me,” he says, “the hierarchy does not understand that their cover-up of child abuse has crippled their moral authority.”

One of the most hotly debated topics in the survey was the question of artificial contraception. M. Clearly (first name withheld) of Tacoma, Washington states, “The second purpose of marriage, the procreation of children, does not mean as many children as physically possible. Individuals have different emotional and financial strengths.” In fact, 82 percent of survey participants answered that artificial contraception should be an acceptable form of family planning in some or all cases.

Charlene Dumitru of Orange, California falls into that category. “The [natural family planning] method is unrealistic for most families, and as long as an existing life is not being terminated, it seems to me that responsible family planning to assure the well-being of the children who are conceived is more important than preventing conception.”

Judy Lovett of Dover, Delaware also agrees that church teaching about artificial contraception ought to change. She says that current bans on birth control are “outdated and unrealistic,” and that it is a “personal decision.”

Dennis Egan of Green Bank, West Virginia acknowledges that there can be drawbacks to contraception, but says, “They are not ubiquitous. [Church] teaching should be used as a process to decide if artificial birth control is right for the couple. An outright ban only serves to cause many couples to reject the wisdom behind it that should be used in the decision making.”

Many people who took the survey believe that the church’s current ban on contraception is due, in part, to the fact that those in leadership positions in the church do not experience the burdens and blessings of family life. Joe Mortell of Joliet, Illinois sums it up, saying the bishops just don’t understand “how difficult, expensive, and wonderful it is to have children.” Richard Rohrbacher of Foster City, California agrees. “[The bishops] don’t know what it is like to be married and have the responsibility of having and rearing children. Just staying afloat in the economic world is enough to drive many couples to drink.”

Of course, birth control is not the only issue on people’s minds. In the survey, many people pointed to the church’s current treatment of divorced and remarried Catholics as being out of touch with reality. The church should “recognize that the lifelong commitment is the ideal and the goal, but that sometimes it is simply not achieved. Even if divorced, people need to be free to try again,” says Franciscan Father Leo Sprietsma of Tucson, Arizona.

“We should not deprive divorced and remarried people of the Eucharist,” agrees Jeffrey Smith of Rego Park, New York. “This teaching implies that they have done something wrong and need to be punished for it. Punishment is meant to be temporary and inspire change.”

One thing that Franciscan Father Jim Hoffman of Chicago would change about marriage and family life is “the whole annulment process because it does not deal with the human situation.” He is not alone. Pat Brown of Aliquippa, Pennsylvania says that the church should “get rid of the ban on receiving communion and simplify the annulment process.”

Bob McLaughlin of Long Hill Township, New Jersey thinks that the church needs to face the reality of modern families, and that “ ’til death do us part” is an awfully long time. “Sometimes a marriage just does not work,” he says. “The church must realize this as a fact of life and be more supportive of those involved. Christ stressed love and openness—not rigid laws.”

Robert Sammon of Tarrytown, New York thinks that divorced and remarried people may even have some wisdom to share with the community, if it is willing to listen. “Welcoming divorced people will not harm married couples,” he says. “In fact, remarried couples could share their experience of why their previous marriages did not work and help married couples to avoid the pitfalls.”

Not everyone is on board with scuttling the church’s call for marriage to be a forever thing. Janet Sagnella of Scottsdale, Arizona says, “Encouraging a lifelong marriage commitment is still a valid and important teaching and should be continued.”

Richard Boudreau of Leominster, Massachusetts says that the church should take a pastoral approach. “Continue to work with divorced people, to bring them back into God’s grace and the church,” he says.

Some people think that the church’s teaching on marriage, divorce, and remarriage is exactly where it needs to be, even while recognizing that it might not be simple. Leslie Lanigan of East Islip, New York says, “It is not easy, but the church teaching is correct. Family is the cornerstone of society, and as family is breaking down due to society pressures, society itself is crumbling.”

For those who do manage to get married and find themselves in a family way, many survey respondents have opinions on how the church can actually support families—particularly those with two parents who are working outside the home. Barb Puscas of Aurora, Illinois thinks that the church ought to recognize the busy lives that exist for many families, and work to accommodate their schedules. “Adjust Mass schedules, meetings, and sacraments so the parents can attend,” she says. “Try to understand the intense pressure the parents have to provide for the family and their need for spiritual support and rest.”

Some people see potential for the church in supporting families by providing educational and child care opportunities. Lorraine Perone of Vero Beach, Florida says, “[The church should] lower the tuition of Catholic schools—we were fortunate to have parents who paid for the tuition for our children. We never would have been able to afford it, and in my experience this is the same for many other parents.”

Some respondents think that the church can best serve families by advocating for economic and public policy. Joe Darguzas of Homewood, Illinois says, “Pay better wages to those working parents who work for various church organizations.”

Likewise, Terry Humenik of Dewitt, Michigan would like to see the church “supporting just wages and economic distribution.” He says, “Many parents today are working for the basic needs of their families, not the extras.”

Richard C. Placone of Palo Alto, California thinks that the church hierarchy should be invested in public policy. He wants the church to be “working harder for better social networks in this country like those in European and Scandinavian countries, where families are appreciated and supported.”

While opinions vary on how people would like to see church teaching on family life change, one thing is clear. Most people think that the bishops do need to be in touch with the realities of married life and family life, and that means hearing more from people who live those lives. Donald Ruedinger of Howell, Michigan says, “There will never be a healthy theology about human sexuality until more theologians are married men and women.”

Margaret Fortier of Medford, Massachusetts agrees. “The bishops need to understand family life in America today before they can effectively promote the church’s teachings,” she says. “We are not empty vessels into which the teachings are poured. There needs to be a dialogue.”

2. The process of receiving an annulment for a marriage that has ended should be:

46% – Simple and straight-forward so that any couple seeking an annulment can receive one.
44% – Thorough and detailed to determine why the marriage failed and whether there is anything that can be done to repair it.
4% – Nonexistent, since no marriage should ever be annulled by the church.
3% – Heavily dependent on whether or not the couple has children.
3% – Reserved only for extreme cases, such as instances of domestic violence.

3. Natural family planning is an adequate and reasonable way for families to control the number of children they have.

Representative of “other”:
“Couples and families are adults and should be able to choose what works for them.”

4. I took one of the surveys distributed by the bishops in advance of the synod on marriage and family life.

Representative of “other”:
“My diocese did not offer or promote a survey that I could take.”

5. I still see value in the church’s position that sex is an expression of commitment and therefore belongs in marriage.

6. I think the church needs to:

7. The teachings on marriage and family are a barrier that keep some people away from the church.

Results are based on survey responses from 645 USCatholic.org visitors.