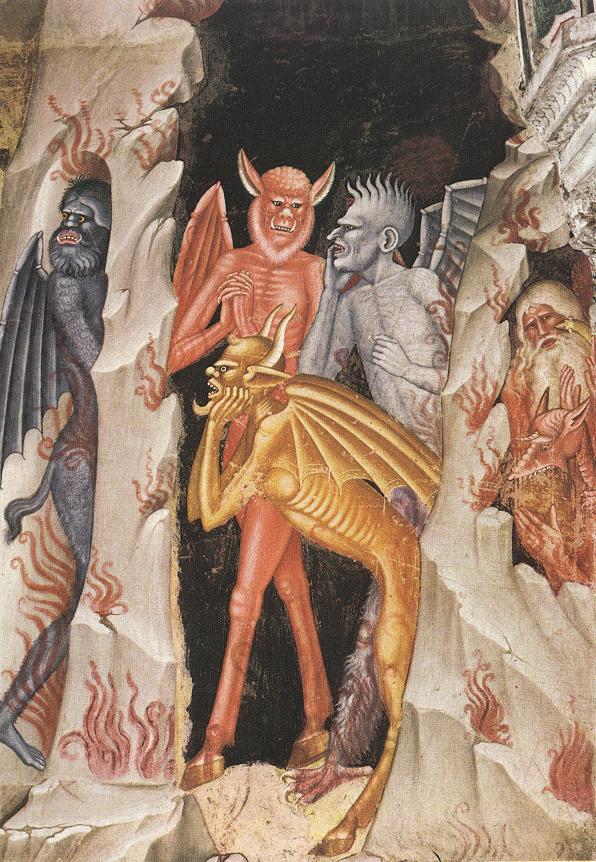 The most popular explanation of Satan maintains that he is a fallen angel tempted by pride. He is said to be a seducer originally created as good and whose rebellion against the divine will is reflected in the temptation that he offered to Adam and Eve in the Garden of Eden.

Given the entire garden and its gifts, and forbidden only from eating from a tree with mystic powers for the knowledge of good and evil, our first parents chose to listen to the tempter. Like him they revolted, seeking to be like God (Gen. 3:5). Sin, suffering, childbirth, and death were thus inserted into the creation story—stemming like a spiritual virus that had its inception in the original rebellion of Lucifer and the other fallen spirits. He continues to prowl the earth like a ravenous, roaring lion “looking for someone to devour” (2 Pet. 5:8).

The authors of Genesis seem to have had no problem describing the first sin without blaming it on the devil. There is no indication in the story that the serpent was anything more to them than a talking snake. Satan as a character doesn’t appear in the Bible until the Book of Job, where he is portrayed as a servant rather than enemy of God. By Jesus’ time the devil had become the explanation for all that goes wrong in the world. For many Catholics today, he still holds that position. When they say, “The devil made me do it,” they mean it.

Today, official church teaching continues to wrestle with questions of sin and evil: Satan’s power is strong, but he cannot prevent the establishment and spread of the kingdom of God. What is clear is that in the end, God will have the final victory in Christ Jesus. The church wisely encourages us to approach life’s mystery with trust and with a true sense of our own place in the created order. The ancient stories behind this insight are mythological, but we mean no disrespect by using such terminology. Mythology is a powerful tool for conveying truth, and even the magisterium draws upon it in explaining the tradition of the church.

Still, the question remains whether we are best served by the idea that the inspiration for evil belongs with a mythical creature who roams the world infecting Christians with sinful desires. Evil is most powerful when we fail to recognize its source: the broken human tendency toward selfishness and apathy. If we want to make the world a less sinful place, we have to take the advice of the late pop singer Michael Jackson and begin with the person in the mirror. With God’s grace, we have to change our ways. If there is a spirit engaged in a war for our souls, surely his first assault would be to convince us that we aren’t responsible for our own evil.