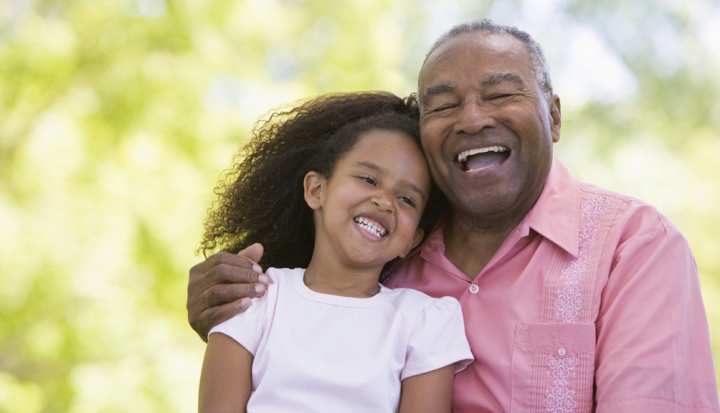 Grandpa’s example speaks more eloquently than those of larger-than-life saints.

A number of years ago I had a conversation with an acquaintance that has stuck with me. He was describing a mentor of his who, he said, was kind, humble, and gentle because he “practiced kindness, humility, and gentleness” every day. For a long time after that conversation, I kept a note on my desk that read, “Practice kindness, gentleness, and humility every day.” My hope was that if I continually reminded myself to practice, I would gradually graft those qualities onto my personality, which tends toward impatient know-it-all-ism at least as much as it does toward gentle humility.

Although I eventually lost the note, I thought of it again this past April when my grandfather, Harold Hartger Sr., died. At 95, he was well prepared and “ready,” as they say. By the very end of his life death came as a blessing, and he died peacefully surrounded by those who loved him.

The death of a loved one often leads us to think about the things we admired about him or her. Harold Sr. was a man who trod lightly on the earth. During the various festivities—is that what we call the events surrounding a funeral?—Harold’s friends and family, many of whom I was meeting for the first time, recounted the small ways he had touched their lives: playing the organ in church, leading the Hallelujah Chorus at Easter, consulting with his family (including his three children) before making a decision about whether to take a promotion at his work.

Even after my grandmother—Harold’s wife of 67 years—died three years ago, he spent many of his days singing hymns with shut-ins and people in the Alzheimer’s unit of his assisted living facility. He was a man who kept before him love of God and love of family as the keys to a life well lived. When he died, those who loved him spoke of that legacy. And now that he is absent in body, we who are left behind can keep his example before us.

A life well lived does not come automatically to any of us—and if it does come naturally, I do not want to hear about it. Each of us wants to be more patient, gentle, and kind. We want to be more considerate of our spouse or our children. But this requires a daily grind, and sometimes it is difficult to find the energy each day to put in the effort.

This past spring, two former popes entered the canon of saints. John XXIII and John Paul II were both, in some ways, larger than life. And now, following their canonizations, they become a part of the history and the mystery of great men and women who came before us.

The problem with great men and women, however, is that they leave very big footprints. John Paul II was a charismatic leader of the church, but I never sat at the piano nervously playing the song I’d just learned for him. John XXIII “flung open the windows of the Vatican,” but I never rode in the backseat of his car on a trip to Bob Evans.

This is where what we call the communion of saints comes so beautifully into play. The communion of saints is the whole of the mystical body of Christ. Those who have come before us—not just the great men and women with their huge footprints, but the mothers and fathers, the children, the friends lost to us—mark the course. In their examples they leave breadcrumbs to follow, clues for how to become the kind of people we want to be.

So I will keep before me the example of Harold Sr. and others who have preceded me, keeping an eye out for the footprints that my tiny shoes can fill.