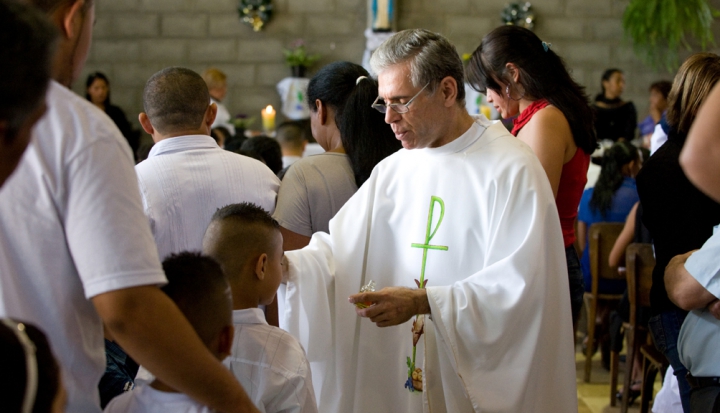 According to Deacon William T. Ditewig, deacons are called to do their work outside the walls of the church, “connecting the dots” between a parish and a community. Because a growing number of Catholics are Hispanic, does there need to be a corresponding representation of Hispanic deacons? Here’s what Ditewig has to say.

Is there enough of an effort to recruit deacons from among Hispanic Catholics?

He says because of the demands of ministry today, we really need to find Spanish-speaking deacon candidates who have sufficient education and background to handle all kinds of ministry, including bilingual ministry.

What are some of the reasons for that?

First, so that you form one diaconate, not two, but second and more important, so that the guy’s assignable. If you wind up with a second diaconate that’s only Spanish speaking and you’re in a diocese that doesn’t have many Spanish speakers, you wind up saying this deacon can only serve in a small number of parishes because he doesn’t have the other skills to serve anywhere else in the diocese. So, there’s that kind of pressure, too.

There’s also the generational factor that while the current generation needs ministry in Spanish, the second and third generations of U.S.-born Hispanics don’t.  As we look at where our resources are, it’s really a tough nut to crack. The diaconate is far more diverse than the priesthood is, but it’s not good enough. Very often, we're seen as a largely middle-aged group of white guys.  Our formation processes have to find a way to reach out to various cultures within the diocese.  We need to make this effort, but in doing so, those cultures need to help design what works best so we can better serve the needs of all of our people in the years ahead.

Image: Photo courtesy of the Claretians