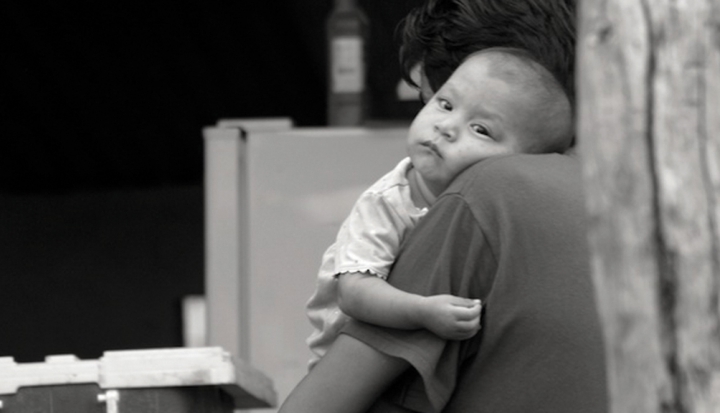 Growing numbers of unaccompanied minors are risking their lives to escape their dangerous homelands. Will we offer them safe harbor?

Migrant deaths in the desert of America’s Southwest have been a well-documented ongoing tragedy, but 2013 was an especially brutal year for migrants all over the world. According to a conservative December estimate from the International Organization for Migration, more than 7,000 migrants may have perished at sea or while crossing deserts in 2013—the deadliest year on record. Adding to the hundreds who perish along the U.S. border, migrants have been lost on the deserts of North Africa and the Middle East. Hundreds drown each year in the waters off the coast of Italy.

An unknowable number of children are among the casualties. Many migrants travel as broken family units, mothers with children seeking to reunite with a husband and father. More heartbreaking is the phenomenon of migrant children and teens making their way alone to the U.S. border, enduring a gauntlet of predators and deprivation in the long journey by foot or on the top of a rail car from South or Central America.

A report from the U.S. bishops’ Office of Migration and Refugee Services notes that the number of unaccompanied minors reaching the United States has been escalating rapidly and warns of an impending “surge” of such children—perhaps as many as 60,000—in 2014. That figure is more than twice the 2013 number, and in 2004 as few as 6,000 made the attempt. What is driving children as young as 5 years old into such a perilous flight?

Perhaps as many as 95 percent, according to the report, come from Honduras, Guatemala, and El Salvador—nations where street violence, organized crime, drug cartels, and corruption have become a plague on the vulnerable and powerless. Kevin Appleby, director of migration policy and public affairs for the bishops and an author of the report, told The Wall Street Journal that these unaccompanied minors represent a different type of migrant.

“These children defy common perceptions of migration in this hemisphere,” he said. “They are akin to refugees in Africa fleeing civil wars. They are literally fleeing for their lives.”

The church has long demanded a compassionate response to people in transit because of economic or political oppression. While it acknowledges the right, even the obligation, of sovereign states to control their own borders, it has consistently argued that the jobless and hopeless have a morally legitimate claim over concerns of legality and citizenship. Solidarity recognizes no borders. As capital ebbs and flows in search of profit, so do the world’s desperate poor seek out bread where it can be found—and have a moral right to do so.

This has been a hard message for many American Catholics to accept. After a few generations in this new world, many have forgotten the struggle and suffering endured by their own immigrant ancestors; many believe the rule of law somehow overrides the Christian call to mercy and the church’s firm commitment to a preferential option for the poor.

Beginning with his prayerful appearance on the island of Lampedusa, where many migrants into Europe first land if they survive the ocean crossing, Pope Francis has made a consistent effort to emphasize the requirement of Christian solidarity and charity with the world’s migrants. He told a group of refugees and immigrants in January, “You are close to the heart of the church because the church is a people journeying toward the kingdom of God.”

But in addition to keeping migrants close to our hearts, American Catholics can pressure their representatives in Congress to get our legal and economic house in order. These horrific deaths in transit are partly a by-product of years of failure to pass comprehensive immigration reform. There are legal remedies which can normalize the status of millions of people and create reasonable—and most important, safe—openings to the movement of our brothers and sisters from the south and to protect the children traveling among them.