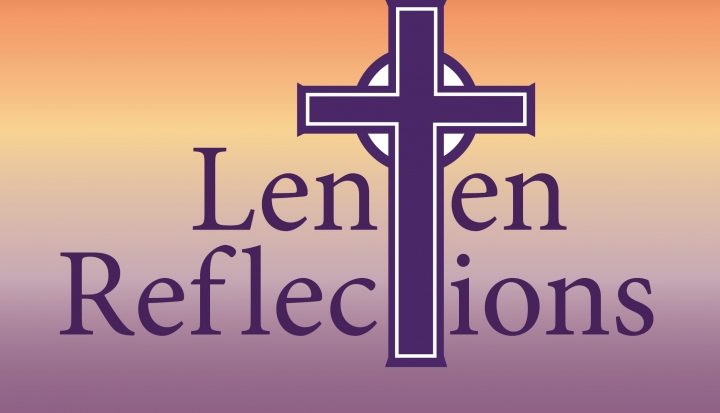 Each year on Good Friday we listen to the account of the events surrounding Jesus’ death: the trial, the boisterous crowd, the journey to Golgotha. The description is clear; Jesus received the death penalty and was executed. Though the cross is a rich symbol of all that God has accomplished in Jesus, don’t forget it is (or was) also an instrument of torture and execution. Jesus has once and for all taken away sin by his sacrifice (Heb. 9:26). Just as death is the unrepeatable act that ends a person’s life, so Jesus’ offering of himself for all is the unrepeatable sacrifice that has once for all achieved redemption. Jesus died for the sins of all.

This scriptural and theological reflection is central to considering the use of the death penalty in the United States. Jesus died for the sins of all—including criminals who commit grievous crimes. The teachings of Christ in the New Testament call us to protect life, practice mercy, and reject vengeance.

Currently, momentum is rising in our country toward elimination of the death penalty. The Catholic Church continues to be a significant influence in this momentum.

Pope Francis and the three popes immediately preceding him have spoken publically against the use of this ultimate penalty for grievous wrongdoing. The United States Conference of Catholic Bishops launched the Catholic Campaign to End the Death Penalty in 2005. Bishops in Louisiana stood in strong public opposition to the execution of Christopher Sepulvado, which was scheduled for Ash Wednesday. Bishops in Washington, Oregon, and Colorado openly supported their governors’ actions when a moratorium was issued.

This witness of our Catholic leaders over several decades clearly states the Catholic position on the death penalty. Is the Catholic community listening and taking this teaching to heart? What evidence is there that some seed has fallen on fertile soil? A 2010 survey by Lake Research Partners found that 24 percent of Catholics supported the death penalty, compared to 33 percent of the general population. Since 2008 one state per year has eliminated the death penalty (New York, New Jersey, New Mexico, Illinois, Connecticut, and Maryland). In each of these states 25 to 40 percent of the citizens are Catholic.

The work of dialogue, theological discussion, and education has been carried on by many Catholic grassroots organizations. In the last five years under the leadership of Karen Clifton, Catholic Mobilizing Network has visited every Catholic Conference in the United States providing educational material on this issue in both English and Spanish. Faculty members at Mount St. Mary’s University collaborated on the book, Where Justice and Mercy Meet: Catholic Opposition to the Death Penalty. St. Joseph Sister Helen Prejean tells us through her books, movie, theater, and opera that her work with men and women on death row and with victims’ families is the work of the gospel of Jesus; it is about love and compassion.

Our Lenten journey ends on Good Friday; we move from death to life. We are gifted with the hope that resurrection brings. May this hope compel us to move from a culture of violence to a culture of life in our society.

For more reflections in our Lenten series, click here.

We at U.S. Catholic want to know how you and your family choose to observe the solemnity of Lent. Take our survey and let us know about your Lenten traditions.

St. Joseph Sister Marianne Race is from the Chicago area. She leads a women’s retreat/pilgrimage to the Holy Land and also works to end the death penalty. 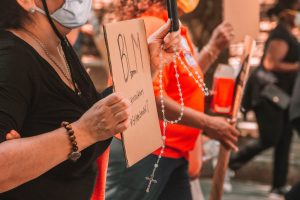