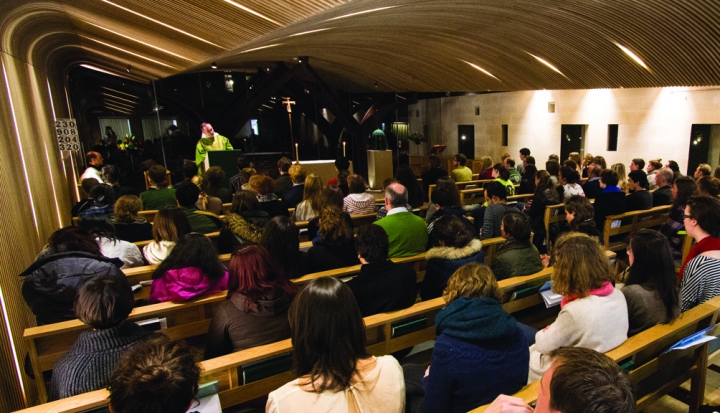 Does your parish have Mass appeal? Try these tips to help liven up your Sunday liturgies.

Let’s start with a confession from a Vatican II Catholic. About 15 years ago, I noticed an announcement before Mass: “In order to more fully, consciously, and actively participate in the liturgy, please silence all pagers, beepers, and cell phones at this time.”

“Wow,” I thought to myself, “our pastor can really turn a phrase!” It took me five years to discover that the desire for “full and active participation of all the people” comes straight from Sacrosanctum Concilium, the constitution on the sacred liturgy. The first document produced by the Second Vatican Council, it took the seeds of liturgical reform and gave them room to blossom. Fifty years after that document was approved on December 4, 1963, parish liturgy in the United States has taken many twists and turns, from rainbow banners to guitar Masses to a swing back to incense, Latin, and chanting.

But what exactly makes for a “good” parish Mass? There may be as many opinions as there are Catholics. Answers are likely to differ from inner-city Chicago to the suburbs of Houston, from pre-Vatican II Catholics to millennials. But for most churchgoing Catholics, three themes emerge: powerful preaching, excellent music, and actively engaged people in the pews.

1. Lively and active, solemn and serious

According to Benedictine Father Anthony Ruff, a liturgist who teaches theology at St. John’s University in Collegeville, Minnesota, the most important aspect of good liturgy is deep spirituality on the part of the people. “It’s important that people believe in what is happening, that people want to draw from the texts and truly want to connect with God, with creation, and with people in the community,” he says.

Those who plan worship can help people make that connection, Ruff says. The trick is to make things “lively and active” without sacrificing the solemn and serious nature of the Mass.

Good liturgy does not necessarily mean a return to pre-Vatican II practices, nor only relying on the post-Vatican II experiments; it means forging a new path. “Here’s the problem,” Ruff says. “We tried so hard after Vatican II for active participation that we veered to gimmicks and silliness.” As a result, some Catholics went in the opposite direction and called for a return to the pre-Vatican II Mass.

“That’s the wrong solution,” says Ruff. “We need to find out how to deepen the liturgy in a way that is more engaging.” We need, he said, to make the Mass beautiful without being stuffy. And how does a parish do that?

“Instead of just pre- and post-Vatican II, the church has many centuries of particular styles of worship, and we inherit from all of this,” says Daniella Zsupan-Jerome, professor of theology at the Loyola Institute for Ministry in New Orleans. Zsupan-Jerome suggests that when planning liturgy, parishes should not be afraid to create their own blend of old and new.

That’s what Father Michael White and his pastoral associate, Tom Corcoran, do at Church of the Nativity in Baltimore, Maryland. In their book Rebuilt: Awakening the Faithful, Reaching the Lost, and Making Church Matter (Ave Maria Press), they describe the use of Gregorian chant in their otherwise “contemporary approach to the weekend experience.” Gregorian chant during the acclamations of the Eucharistic prayers, they say, “seems to very effectively summon our congregation into the very heart of the mystery we celebrate.”

The mystery, after all, is what we desire. Good music gets us there. Music binds the congregation together and lifts a common prayer to heaven. Good liturgy demands songs that are singable and a choir that has good leadership, says Ruff.

That means taking the time to find talented musicians who can serve as worship leaders. It also doesn’t hurt to repeat music from week to week, as repetition encourages participation, which in turn promotes good liturgy.

Thankfully, dull music is not a problem in some communities. Father Joshua Wagner is pastor of two inner-city parishes in Columbus, Ohio, both with predominantly African American congregations. “And the key to good liturgy for me is good music,” he says. “It has to be high quality, and in this case, good gospel music. I spend a lot of money on music.”

But sometimes, Wagner says, making music too central to the Mass can also cause a problem. Music must serve the liturgy, he says, not the other way around.

In one case, Wagner had to move the choir from their place in the sanctuary to the side of the church because they had begun taking up too much of the focus. The move did not diminish the power of the music, he says, but it did emphasize the role of the choir as leaders of worship, not the stars of the show.

3. Connect with the people

Ruff pulls no punches in identifying one of the major obstacles to good worship. “Boring preaching is a real problem,” he says. “We all daydream for 10 minutes. But we need to engage people.”

When a pastor can preach, the people will come. Tony Oltremari is a parishioner at St. Laurence Parish in Sugarland, Texas, home to 6,700 families. He says his pastor, Father Drew Wood, is a gifted homilist, and that’s what people want. “If the homilies don’t connect, if the music is not engaging,” all is lost, Oltremari says.

Tom Neal, dean of academics and professor of spiritual theology at Notre Dame Seminary in New Orleans, agrees that homilies must connect with the people in the pews. “It has to be relevant to people’s real-time circumstances, even as it may deeply challenge them and mess with the status quo,” he says. Neal offers plenty of advice to homilists on the best ways to achieve this goal.

“Use stories taken from personal experience, from the news, [or] from literature to bring alive the scriptural and liturgical texts,” Neal says. “People think in narratives, and if you don’t speak in narratives, they will rarely remember your ideas.” That requires long preparation, prayer, and hard work, and he believes preachers should focus all of their energy on their Sunday homilies. That homily may be, he says, “the one and only Christ-inspired message [people] hear all week.”

Neal urges homilists to have “some honest people who can give you critical feedback on your preaching so you can grow,” perhaps even holding a weekly Bible study on the next Sunday’s readings and “stealing the good insights of your Spirit-filled people.”

The thrust of the homily, he adds, should not be moralizing but “conversion that flows from a personal encounter with Jesus . . . that makes people see their humdrum, day-to-day lives as suffused with the divine. Give them in every homily at least one good takeaway thought that they can muse on during the week. Keep your homily clearly focused; don’t ramble or wander, or go on tangents; and when you end your homily, make sure it leaves them with the point you were trying to make all along.”

Don’t put the people to sleep, Neal says. Instead, “Preach the gospel that equips them to be Christ in every nook and cranny of public and private life—wake them up by speaking to their waking life.”

Even if a homilist can hit all those points, there are other issues to consider in liturgy. For instance: Does one size fit all age groups, interests, or backgrounds?

Many parishes have a diverse congregation to consider when planning the liturgy, including people who have different preferences—some may want only a choir at Mass, for example, while others would rather hear more contemporary music with guitars and drums. And when it comes to ages, how do we keep youth, in particular, from drifting into dreamland? Should parishes offer specialized liturgies like a Mass for teens or a children’s Mass to best engage those segments of the parish?

Zsupan-Jerome sees a real drawback in this approach, as she believes these types of liturgies detract from our unity as the one body of Christ. “The liturgy is by definition a public event for and by the people,” she says. “Vatican II’s emphasis on full and active participation of all reinforced this important sense of inclusiveness. Having a specialized liturgy that is just for teens or those who like a certain style of music will in some sense hinder this all-inclusiveness. The very style of the liturgy cannot be overemphasized at the expense of its basic reality as the gathering of the body.”

In our ordinary lives, she adds, we choose the people we spend time with, but church is different. “We choose to come together to express something very meaningful and very intimate with people we may not know,” she says. “There is a great gift and challenge in expressing this profound identity together.”

That unity can be a particular challenge in a multicultural parish where people may speak several different languages. At St. Thomas of Canterbury in Chicago, Father Tirso Villaverde says his parish serves Vietnamese, Laotian, Spanish, and Eritrean (a country north of Kenya) communities. On a typical Sunday, there are three Masses: one in Vietnamese, Laotian, and English; one only in English but with several African communities represented; and one in Spanish. A multicultural liturgy is celebrated twice a year so that the entire community can come together.

“We make sure we have every group represented,” Villaverde says, “whether in song, reading, or some way that allows them to participate in a way that expresses their culture.” As an example, the Eritrean community once brought forth the offertory while singing and drumming.

“Everyone was caught up in the spirit,” says Villaverde. And that, he added, is key: “That is the principle I go by, allowing cultural expression that everyone can be caught up in; it works because the actions speak louder than any one language. The liturgy speaks in ways that go beyond words.”

Finally, the liturgy speaks when the people speak. Good liturgy depends not only on the pastor or the choir—it depends on you and me. So speak up: What works and what doesn’t in your parish? Does the music move you to sing? Does the homily inspire you to go and glorify the Lord with your life? Does the environment help you “taste a bit of heaven’s beauty on earth,” as Neal puts it? The liturgy is the “work of the people,” so let’s get to work—fully, consciously, and actively worshipping our God.

Want to read about more ways to help your parish become a thriving and engaging community? Here is our Special Section: Best practices for parishes.

Karen Baker is a freelance writer for the New Orleans Advocate and the Clarion Herald. She holds a master’s degree in pastoral studies from the Loyola Institute for Ministry in New Orleans and works in parish ministry at Mary, Queen of Peace Catholic Church in Mandeville, Louisiana. 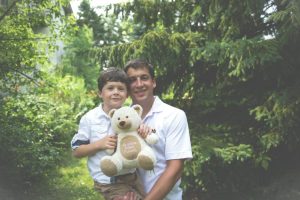 Catholics around the country bring ‘Laudato Si’’ to life