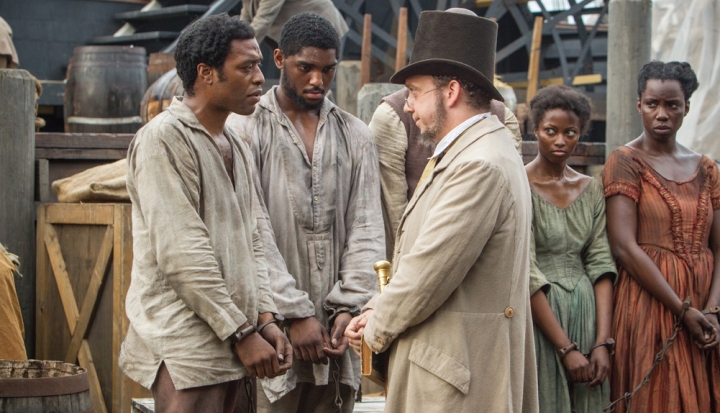 Hollywood’s recent flood of slavery-themed films might be a sign that our nation is finally ready to confront the sins of its past.

Theodore Parker, the abolitionist preacher and writer, thought that tales such as 12 Years a Slave by Solomon Northup were the first truly American literature. Those works that described lives of fugitive slaves, Parker wrote in 1849, were the only ones “that could be written by none but Americans, and only here . . . . All the original romance of America is in them, not in the white man’s novels.”

African slaves were among the earliest non-native Americans, and from the beginning they waged a struggle for freedom that was also, inevitably, a struggle to make America into a new sort of country for this New World. In the first half of the 19th century the memoirs of runaway slaves, intended to aid the abolitionist cause, captured a large white American audience. Many became bestsellers in their own right, and they provided much of the raw material for the biggest-selling American novel of the 19th century, Uncle Tom’s Cabin by Harriet Beecher Stowe.

The recent 2013 film adaptation of Northup’s narrative is only the latest evidence of the grip that African American enslavement has on our collective imagination and our conscience. According to the cinema blog Shadow and Act, seven slavery-themed films were released in 2013. That’s on top of 2012’s Lincoln and Django Unchained. And there’s more in the pipeline—the History Channel is planning a complete remake of the 1977 miniseries Roots. In 2015 we’ll have to figure out how to mark the centennial of D. W. Griffith’s slavery apologia The Birth of a Nation, a brilliant film full of despicable ideas.

Why this flood of slavery-related popular art now? Perhaps the ascension of a black man to the White House has cooled the temperature on a story that was long too hot to touch? President Obama isn’t descended from slaves, but the First Lady is, and so are their children. Because of the Obamas’ glorious success, some white Americans may feel that the legacy of slavery is finally over, and that may take the risk out of examining it.

Perhaps a more significant factor is the ongoing sesquicentennial of America’s Civil War. This is our first major opportunity to commemorate that war with a measure of objectivity. The centennial fell during the peak years of the civil rights movement, when, in a very real sense, the war was still going on. Today the South is safely back in the Union. Two former Confederate states (Virginia and North Carolina) actually voted at least once for our African American president. So maybe we can finally bear an honest look at the era that made us who we are.

In the mid-1800s, 12 Years a Slave was a well-known slavery story, though not one of the bestselling. Northup’s book was an “as-told-to,” coauthored by a white man named David Wilson. The completely self-penned production of American abolitionist Frederick Douglass had far greater impact.

But Northup’s story of a middle-class family man plucked from American normalcy and plunged into the depths of degradation has a more universal appeal for our time. Northup didn’t come straight from Gambia, and he didn’t grow up on a plantation. He came from Saratoga Springs, New York, where he had a nice house, nice clothes, and a beautiful family. He could be anyone’s middle-class neighbor, until he lands in the slave pen.

Slave narratives like Northup’s were a common thread in American culture almost to the turn of the 20th century. But in the post-Reconstruction years, the tide of Northern sympathy began to turn. Booker T. Washington’s Up from Slavery was the narrative for this era. Washington was a brilliant man devoted to progress for his people, but there’s a sharp contrast between his message of accommodation and restraint and that of Frederick Douglass who, in his Narrative of the Life, literally fought the power of the slave system with his fists.

The pro-Southern revisionist era reached its apex with The Birth of a Nation but lingered on at least until the 1939 premiere of Gone with the Wind. But beginning with Richard Wright’s Black Boy (1945) the original spirit of the slave narratives was reborn. Wright’s book led to a new tradition of African American autobiography that peaked with the 1965 Autobiography of Malcolm X. And it was Malcolm’s interest in Africa that led his coauthor, Alex Haley, to a fictionalized exploration of his own, Roots.

The Roots miniseries finally flipped the script on the Gone with the Wind vision of the Old South. 12 Years a Slave is getting a lot of credit for providing the first realistic cinematic depiction of slavery’s horror, but it doesn’t do anything that Roots didn’t do on the small screen 36 years ago. True, Roots was a great weeping, teeth-gnashing melodrama, filmed on exceptionally cheesy Hollywood back-lot sets, but hey, it was TV, and it was seen by at least 130 million people at once, in the course of a single week.

Now, at last, we have 12 Years a Slave, a profound and beautiful drama in which the ugliness of the “peculiar institution” is as vivid and intense as the beauty of the Louisiana setting, and in which even the happy ending is steeped in tragedy worthy of the Greeks. With this film the slave narrative has perhaps truly become what Theodore Parker foresaw, the truest and deepest of American stories, one that combines the possibility of equality and freedom with the reality of struggle and suffering.

But, then again, maybe not. After all, this great American story was actually made by an Afro-British director, with an Afro-Brit star and a Kenyan leading lady. So maybe Americans still can’t quite handle the truth.