By getting to know people with disabilities, we can learn to value all as part of the human family.

In a June 11 audio message to the Italian Association for the Blind and Visually Impaired, Pope Francis encouraged the association to “spread a culture of encounter, solidarity and hospitality towards persons with disabilities, not just asking for the proper social services but also encouraging their active participation in society.”

Thanks to advances in pre-natal technology that can detect chromosomal abnormalities like Down syndrome before birth, Jan Benton, executive director of the National Catholic Partnership on Disability (NCPD), believes that culture of encounter with people with special needs is more necessary than ever. According to a 2012 analysis in Prenatal Diagnosis, between 60 and 90 percent of women who receive prenatal diagnoses of Down syndrome decide to terminate their pregnancies.

With those statistics in mind, NCPD has begun to focus more on pro-life advocacy. One way to curb those growing numbers, Benton believes, is by showing others that people with Down syndrome or other developmental disabilities can live satisfying, enriching lives.

“If you get to know people as people, the disease of Down syndrome is not so scary because you can recognize that we’re all part of the family and everyone has dignity,” she said.

Likewise, Marsha Rivas, director of the Office of Equal Access Ministries in the Diocese of Toledo, Ohio, believes promoting inclusion of those with developmental disabilities is necessary if the church hopes to promote a true culture of life.

“If ordinary people like you and me don’t rub elbows with people with developmental disabilities and see them in fulfilled lives as adults with disabilities, we’re going to be a part of the mindset that babies born with disabilities are a burden and a horrible thing to happen,” she said. “I really feel like those people haven’t had the experience I’ve had to know those adults who were born with developmental disabilities. Look at them now; they’re not to be pitied. They’re living wonderful lives, they’re giving back, and they’re good people.”

Maggie Rousseau, director of the Office for People with Disabilities in the Diocese of Atlanta, knows what it’s like to raise a child with disabilities. Her first son, Christopher, was born with a rare genetic disorder which made it impossible for him to grow. “I’m very enthusiastic in my job, but that’s because my little boy had to work hard,” Rousseau said. “He was a huge inspiration. He was 28 pounds, 31 inches when he was nine and a half years old. He was a little guy, but he had a huge heart.”

Though her son had severe disabilities, he lived for more than nine years. Through that whole time, Rousseau and her husband received consistent support from their local parish. With their help, Chris was able to receive all of his sacraments at a young age. “Our church became our family for a long time,” Rousseau said. “Having those kinds of bonds help keep people together.”

Because of her own experiences and the support she received, Rousseau loves being able to help other families and people with disabilities. Today her job includes everything from finding adapted music classes for children with autism to recommending resources for group housing for adults who can’t live independently. She believes ministries like hers are crucial because they are “really what makes us Catholic.”

“As Catholics, we’re open to everyone, and we want to share God’s love with everyone, so it shouldn’t matter what you do or who you are or what skills you have,” she said. “We really should go out and try to include everyone however best they can be included.”

This is a web-only sidebar that accompanies the article “Real presence: What Catholics with developmental disabilities bring to the table” that appeared in the December 2013 issue of U.S. Catholic (Vol. 78, No. 12, pages 12-17). 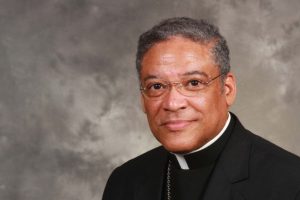