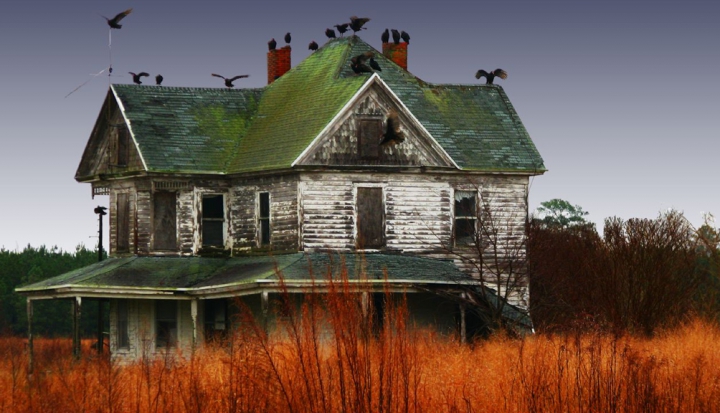 Thanks to the explosion of reality TV over the past decade, at the click of a button on a remote control, American viewers of the small screen have the opportunity to catch a glimpse of the supposed “real” lives of people we didn’t even know we wanted to know more about. Want to accompany a couple in the process of purchasing a two-bedroom vacation home in Belize? There’s a show for that. Care to ogle the lifestyles of the rich, super rich, and ultra rich? Both Bravo and E! offer a selection of programs that show how money can indeed buy fame. If it’s the making of things you’re interested in, take your pick of food, fashion, or even luxury tree houses. Care to survey the hunting scene? Name your species: You can watch people track ducks, alligators, or even ghosts.

When it comes to reality TV, Americans can be divided into two categories. The first are those who occasionally find themselves stuck on the couch for a Friday night marathon of House Hunters International. The second roll their eyes and refuse to watch low-budget entertainment that can only be called “reality” in the sense that the recording happened in real life, even if it was staged by producers.

I fall into the first category, but not without a good dose of self-loathing, especially when it comes to programming about the paranormal. Between the low lighting, fuzzy cameras, and startled “What was that?” at every unexplained creak, I am practically giddy at the prospect of getting spooked. As long as I’m experiencing unexplained noises and shadows from the comfort of my own couch (and as long as those phenomena aren’t in my own home), the more goosebumps the better. But even more than the spook factor, shows about ghosts offer a riveting quest for understanding what’s beyond our everyday lives.

Over the opening montage of SyFy network’s Destination Truth, host Josh Gates says, “I don’t know what’s out there waiting for me, but I know what I’m looking for: the truth.” It’s a sentiment echoed on many other shows about the paranormal. Investigators on every show from Ghost Hunters to Ghost Adventurers to Ghost Lab repeatedly say to both the viewers and the ghosts they’re seeking, “We’re just looking for some answers.”

Not all ghost shows take the same approach to exploring the mysterious, however—which isn’t to say that as a whole any of them are particularly serious, or even quality television. Even the best ghost hunting shows can require more than a few grains of salt for viewing.

Destination Truth at least provides the salt in the form of a sarcastic and skeptical host who can’t help but crack jokes at the possibility of capturing hard evidence of a monk who haunts an old cathedral. Part travel adventure, part paranormal investigation, Gates and his ragtag team of “journalists,” “researchers,” and “cameramen”—most of whom have acting backgrounds, of course—circle the globe in search of mysterious creatures that terrorize small villages and spirits said to haunt historic landmarks. Despite its mostly tongue-in-cheek presentation of the paranormal investigation world, the team takes information gathering pretty seriously. They scale rocky cliffs in the dark of night, swim into subterranean caves in murky waters, and set up camp in remote areas of South Africa, Ukraine, and Thailand.

What Ghost Hunters and its lesser sibling Ghost Hunters International lack in drama, they make up for in careful analysis of evidence. The two series are actually focused on debunking paranormal claims rather than finding ghosts. A chandelier that sways and rattles at random does so because it’s directly in the path of an air conditioning vent. A figure in the mirror in the next room appears thanks to the way distant car lights reflect off the window.

Yet despite the search for answers, more often than not the strange occurrences that ghost hunters have been called in to investigate remain unexplained. But as Ghost Hunters’ Jason Hawes is always quick to point out, that doesn’t make a place haunted. In other words, we just don’t know.

I think it’s this mystery that keeps me and millions of other viewers coming back for more. While shows like Keeping Up with the Kardashians can’t seem to leave a single bedroom or even bathroom door closed, there are questions that paranormal investigators will never be able to answer. Bravo’s Real Housewives series provides answers to the questions no one was really asking, while Ghost Hunters ponders a mystery that has confounded humans for our entire history: Is there something beyond this life?

As Catholics we often think we have the answer to this question. In Christ’s resurrection, we’re promised new life. But as a theology professor of mine used to say, “We don’t have God in our back pocket.” That new life is unexplained phenomena.

We live in the information age where a few taps on a keyboard can access data on nearly everything the mind could ponder. What is that itchy spot on my hand? What is the best place for Korean food in my neighborhood? What was the most popular name in 2012? What is tomorrow’s weather going to be? In the everyday flurry to consume and communicate as much knowledge as possible, there is something profound and compelling—even inspiring—about a person standing in the dark, calling into the abyss of night, “Who’s there?” and hearing only silence in response. Yet she keeps asking.