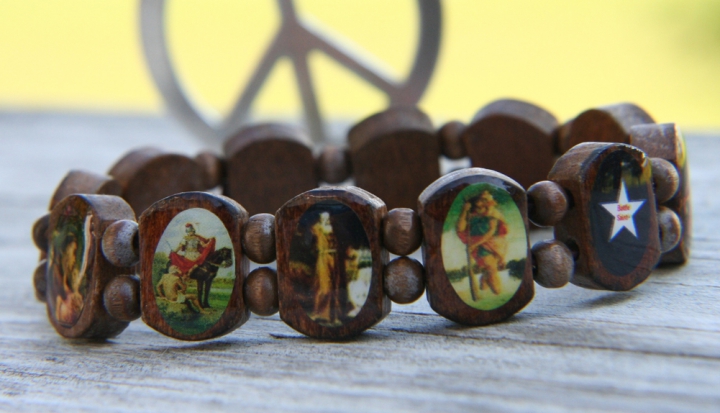 The historic news that emerged from the ecclesial council held on February 11, 2013 was Pope Benedict XVI’s resignation. But that was not the day’s only newsworthy event: Benedict called the consistory to vote on three canonization causes. Then on May 12 the Catholic Church recognized another 802 saints. Blessed Laura Montoya Upegui of Colombia and Blessed Maria Guadalupe Garcia Zavala of Mexico both founded religious orders at the dawn of the 20th century. Blessed Antonio Primaldo and the other 799 saints-to-be were residents of Otranto in southern Italy, killed for refusing to convert to Islam after Ottoman Turks besieged their town in 1480.

These 802 men and women will join the more than 10,000 saints the Catholic Church already venerates. The precise number of Catholic saints will always be debatable. Early Christian communities venerated hundreds of saints, but historical research by 17th- and 18th-century Catholic scholars determined that very few of these saints’ stories were backed by solid historical evidence. Lives of such well-known figures as St. George, St. Valentine, and St. Christopher were based either on a legend that often predated Christianity or were entirely made up. Other saints had local followings. In rural France, St. Guinefort was venerated as the protector of infants after he saved his master’s baby from a snakebite. St. Guinefort was a dog.

The prospect of venerating dogs or folk heroes troubled some church leaders. During the Middle Ages, popes began claiming canonization was a power of their office alone. Initially all that was needed was a bishop’s permission for a holy man or woman to be venerated as a saint. In 1588, Pope Sixtus V integrated the sainthood process into the papal bureaucracy, charging the Congregation of Rites and Ceremonies with vetting potential saints.

In 1969 Paul VI created the Congregation for the Causes of Saints to oversee this process. He also suppressed several saints’ cults largely on the basis that the acts and miracles attributed to the saints, or in some cases even the basic facts of their existence, could not be historically verified. People already under their patronage could continue to venerate these saints, but they no longer appear on the Roman calendar, and no new parishes or other institutions would open under their name.

Revisions to the canonization process in 1983 ensured we will see more saints in the future. John Paul II eliminated the office of Promoter of the Faith, or, as it’s more commonly known, the Devil’s Advocate, a canon lawyer tasked with arguing against a person’s possible canonization. Consequently, John Paul II canonized more saints than the popes from the previous 500 years combined.