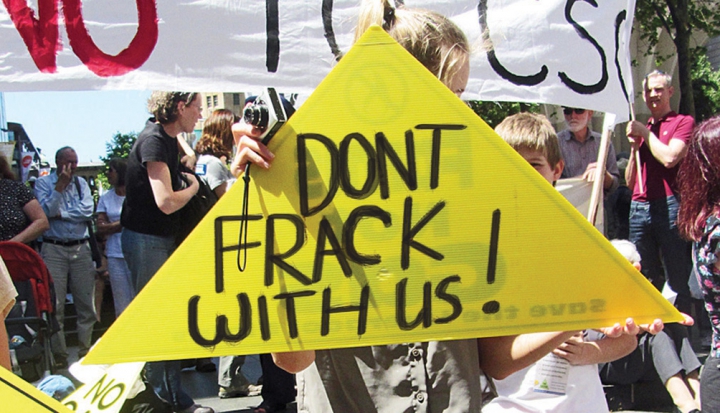 We lay off teachers and nurses while we hire for prisons, casinos, and fracking. This is progress?

At least once a week in my daily newspaper I see a full page ad from “the people of America’s oil and gas industry” touting the benefits of fracking, the process through which natural gas is extracted from shale formations using a combination of water and other unnamed chemicals. Always mentioned in these ads are the “millions of jobs” it will create—and that promise alone is sufficient to trump any concerns about the effects of fracking on the surrounding environment.

The promise of adding jobs seems sufficient to justify almost any government policy as well, especially those with little social value: the building of new facilities to house an ever-growing population of inmates and undocumented immigrants, further fortification of the U.S. border with Mexico, and every politician’s favorite socially destructive gimmick to generate both tax revenue and jobs: state-licensed casinos. All the while, the kinds of employment that actually produce human flourishing or assuage human suffering—teachers, social workers, nurses, you name it—get progressively cut from public budgets.

The pursuit of jobs of dubious value at almost any cost is a sign of just how warped our conception of human labor has become. Long gone is the language of vocation tied to work—except perhaps in helping professions or among religious people—replaced by a narrow understanding of a “job” as progressively more time offered in exchange for progressively less money.

The best jobs provide the most money, regardless of their benefit to society. And so a Wall Street stockbroker is likely to pull down the salary of 10 nursery school teachers, though a single nursery school teacher is likely to generate 10 times more value for society through her work than the broker through hers. Indeed, much of the work of nurturing and care isn’t paid—a sign in our culture that it isn’t really valued at all—which is why so many parents must leave their children with strangers in favor of a job that provides income, though rarely one that a family can live on.

Catholic social teaching has long insisted that the purpose of the economy, and of human labor within it, is the “full integral development” of human beings, and so has demanded just wages, reasonable time for rest from work, and access to education, health care, and the other basic requirements for human living. Yet few of the jobs now produced in our economy lead to anything like human flourishing; most barely keep families out of poverty.

Christians also need a more complete account of the meaning and purpose of human work, one that can rescue it from the narrow vision proposed by the consumer economy. We might begin by invoking a Jewish tradition that imagines the human vocation as tikkun olam, “world repair”—surely the very opposite of fracking—which sees human labor at its best as a participation in the creative labor of God.

On the flip side, however, such a vision requires us to acknowledge that there are some jobs that simply do nothing to contribute to the repair of the world or to human well-being beyond bare survival, and many others that magnify the harm both the earth and the human community have suffered in the name of “economic growth.”

Such an account of our work will surely require a serious examination of our own consciences for the ways in which we have bought into the rhetoric of jobs without reference to the dignity of workers, the impact of work on the common good, or the integrity of creation.

We might also consider how we have allowed our jobs and the income they bring to absorb more and more of our lives, leaving less and less time and space for the full human living God desires for us.

Perhaps this Labor Day might be for us a time to consider the ways in which our lives as a whole, including our jobs, take part in God’s creative labor in the world. We might even discover new ways to join in.