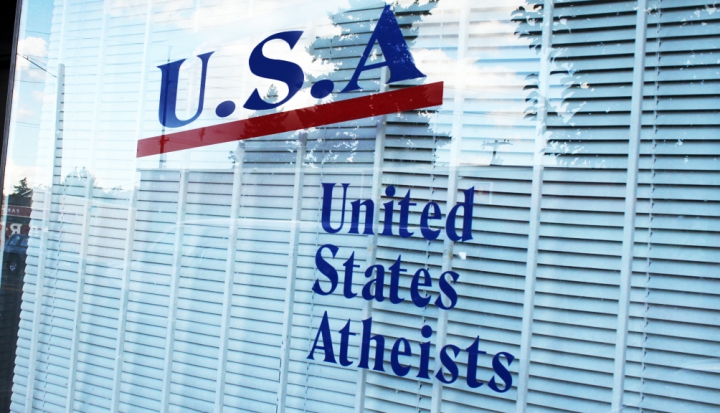 Pope Francis’ generous approach to atheists got the world talking—and we should be glad it did.

One of the pleasures of Pope Francis’ honeymoon period as bishop of Rome has been the release of portions of his daily homilies preached in chapel of the guesthouse where he has decided to live. The off-the-cuff ease of his preaching marks the man a pastor—though perhaps one not yet accustomed to having the world hanging on his every word.

Consider his May 22 offering, in which he freely spoke of the salvation of “all of us, not just Catholics. Everyone!” The homily itself was mostly about the human call to goodness rather than our eternal destinations: “We must meet one another doing good. ‘But I don’t believe, Father, I am an atheist!’ But do good: We will meet one another there.” While Papa Francesco likely expressed the faith of many Christians, he may not have foreseen the media sensation that his homey homily caused.

Most interesting of the many responses was that of Father Thomas Rosica, a Basilian priest and head of Canada’s Catholic Salt + Light television network. Rosica’s lengthy “explanatory note” quoted the Second Vatican Council’s Lumen Gentium: “[T]hose could not be saved who refuse either to enter the church, or to remain in it, while knowing that it was founded by God through Christ as required for salvation”; it was quickly picked up by the media as a “walking back” of the pope’s homily. In the process Rosica found himself transformed by media outlets into a “Vatican spokesman,” lending more weight to his critique than it merited.

One of the best responses to Rosica came from an atheist, Hendrik Hertzberg, a blogger for the New Yorker, who pointed out that there is a difference between “knowing” and “hearing”: “I’ve heard that Obama is a Muslim, but I don’t know that he is. You can know about something, but if you’re sure it’s nonsense you can’t know it.” Hertzberg hits the nail on the head: If you know that God founded the church through Christ and that it is necessary for salvation, you have what we Christians call faith—which an atheist by definition does not have. Lumen Gentium’s harsh words are directed not at non-Christians, but at those of us with the gift of Christian faith who might endanger ourselves by rejecting what we know—by faith—to be God’s will for us.

The real problem, of course, is that no one bothers to look closely at what comes just before that passage: “Relying on scripture and tradition, [this council] teaches that this pilgrim church is required for salvation.” Any good reader, atheist or not, should immediately notice that “membership” in the church is not required for salvation; it is the existence of the church as the sign and instrument of salvation in Christ that is required. That’s why, a few paragraphs later, Lumen Gentium can go on to talk about how Jews, Muslims, and those who “have not yet arrived at an explicit knowledge of God” are part of God’s “plan of salvation.” It is in that last category that we might, if we were taking our cue from Pope Francis’ generous approach, find room for atheists.

Interestingly, Pope Francis began his homily with a denunciation of the “blasphemy” of killing in the name of God—a sin only a believer can commit. People of faith have only rarely been able to police themselves on such counts, but those who have claimed the name of  “atheist” (or been called that by others) have offered important and powerful critiques of the ways in which believers have contorted and misused faith and still do, bringing death and suffering to many.

I know I’ve benefitted from the reasoned critique of those without faith of any kind—though I don’t think I’ve ever worried they wouldn’t be saved because they weren’t part of the church. I happily affirm that the church is necessary for salvation—and certainly for mine—but nowhere is it taught that only the church is necessary. Given the marvelous strangeness of God and the wonderful diversity of God’s creation, I think whatever divine “plan of salvation” is inscribed into the universe may be more expansive than we can possibly imagine.