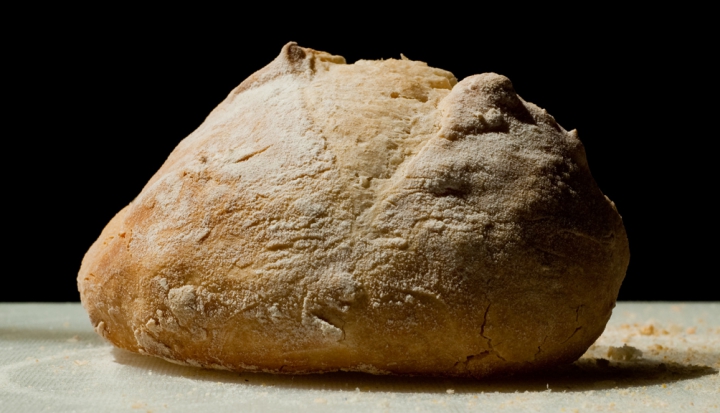 A seminary pal of mine once remarked that he had no difficulty believing that Christ is present in holy communion. What he did question was the proposition that it was actually bread being used as a host.

Believe it or not, the hosts we use at Mass qualify as “real bread,” but they aren’t very good bread—at least not in any ordinary, earthly sense of the word. In accordance with one particular tradition of Western Christianity, canon law requires that the bread be unleavened (made without yeast).

This has been interpreted by the Roman magisterium to mean that it cannot contain anything except wheat flour and water, resulting in a bread that has little flavor and no appealing texture. Reception of Christ in the Eucharist brings joy to the soul, but it certainly offers very little delight to the palate.

The tradition of using unleavened bread is not universal. Orthodox Christians and even Eastern Rite Catholics (and many Protestants as well) use leavened bread and sometimes speak of the bread’s rising as a symbol for Christ’s resurrection. A close reading of the canonical gospels reveals the source of this divergence in practice.

It goes all the way back to the first century. As Christians gathered to celebrate their risen Lord in the eucharistic meal, their memory of his Last Supper was not always identical. Nor did every community have a copy of all four of the canonical gospels. In fact, some may only have known of one gospel account.

The authors of Matthew, Mark, and Luke all  recalled Jesus’ death as an event that occurred on Passover, meaning that his final meal the night before required the use of unleavened bread. This tradition became the favored tradition of Western Christians. The Gospel of John, however, enshrines a different memory. Its author (or authors) describes the death of Jesus as an event that happened on the day before Passover—meaning that his final supper didn’t entail use of unleavened bread but the normal bread of everyday life in his time. This way of memorializing Jesus became dominant among Eastern Christians.

Both traditions are equally ancient; neither should be despised. They represent a certain fluidity with regard to the earliest eucharistic practices of the church and perhaps serve as a reminder that unity in Christ does not necessarily require uniformity in practice or in the interpretation of his saving work. There is a rich and legitimate diversity that runs through the heart of the church. This diversity need not cause division among the people of God.