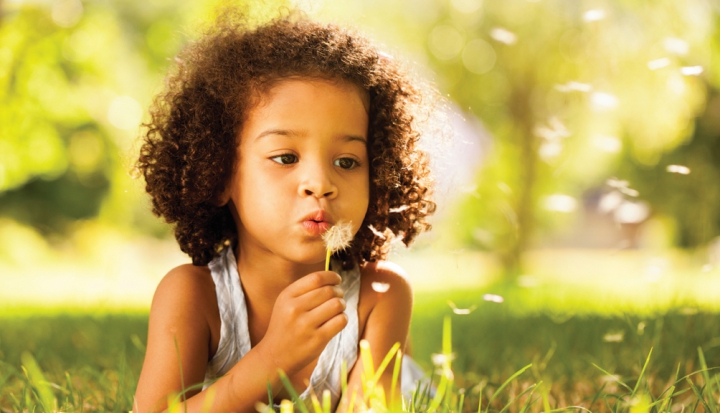 Care for all human life begins with protecting our planet.

When Cardinal Joseph Bernardin proposed a “consistent ethic of life” 30 years ago, he argued that to be pro-life was not only to oppose abortion but also capital punishment, war, euthanasia, and social and economic injustice. The cardinal, like many others, was struck by the irony that people strongly opposed to abortion could be enthusiastic supporters of capital punishment and that people horrified by capital punishment could be indifferent to abortion. And few seemed willing to address the causes of desperation and violence among the poor and marginalized. Leaving social and economic injustice unexplored and unaddressed, he argued, would leave the sources of that despair and violence intact.

Addressing causes is difficult. Causes may be remote, complex, and intractable. They are often deeply embedded in cultures. They are simply “the way things are” and immune to serious consideration or even notice. Americans, for example, justly prize the freedom produced by liberal democracy. Nevertheless, there is a dark underside to the wedding of political and economic freedom. Our prized individual freedom has frequently led to narcissism. Narcissists fail to notice or to understand how their decisions impact others. They can live as if they are alone in the world or as if the world exists for their benefit only. Other lives, remote from their own, have little to do with them—especially the lives that belong to the future.

This is most clearly illustrated in our attitude toward the world we live in. Many of us live as if the sources of life we have are unlimited. We don’t worry about where our food comes from because the grocery store’s shelves are always full. We don’t fret about clean water because the tap always gushes when we turn it on. We may complain about the price of gas, but we don’t really worry that the pumps will one day be locked up for good. We can’t imagine that our supply of oil will some day be exhausted or the topsoil we depend on for our food will become poisoned and inert or that our groundwater will become undrinkable. Most of us, city dwellers that we are, are so remote from these things that we are oblivious to the challenges of dwindling resources.

Our ignorance is not simply unfortunate; it is potentially lethal—if not to ourselves, certainly to our children and grandchildren. Our shortsighted willingness to consume ignorantly and foolishly is a form of theft. Consumerist America is not only stealing from the poorest and most desperate people in our world today, but stealing the future from its own offspring.

This is why I would argue that protecting the environment—the very source of our life—is a pro-life concern. If we continue as we are, our children and grandchildren will live in a degraded landscape, exhausted by abuse and neglect, ruined by speculation and ignorance. We will only be able to change this if we look not to Washington, nor to technology, but to our own values and commitments.

No one has argued this case more eloquently than the farmer, poet, novelist, and essayist Wendell Berry. He is one of the few who has made a connection between abortion, war, and environmental abuse. In his 2003 essay “The Failure of War,” Berry argues against the “hopeless paradox of making peace by making war.”

He continues: “One does not have to know very much or think very far in order to see the moral absurdity upon which we have erected our sanctioned enterprises of violence. Abortion-as-birth-control is justified as a ‘right,’ which can establish itself only by denying the rights of another person, which is the most primitive intent of warfare. Capital punishment sinks us all to the same level of primal belligerence, at which an act of violence is avenged by another act of violence. What the justifiers of these wrongs ignore is the fact—as well established by the history of feuds or the history of anger as by the history of war—that violence breeds violence.”

Berry argues that this is a cultural, even a spiritual issue. From the very beginning of the republic we have been at war with something. We made war on the Native Americans, but also upon the wilderness. We used a martial metaphor, speaking of our “conquest” of the continent. Even our economy is violent, putting everyone in perpetual competition. Berry writes, “Let us have the candor to acknowledge that what we call ‘the economy’ or ‘the free market’ is less and less distinguishable from warfare.”

We have made the soil and air, the watersheds and watercourses enemies to be conquered. If the soils are not sufficiently fertile, we will enrich them with chemicals; if the mountaintops are in the way of our extracting coal, we will blow them off. If the cattle, pigs, and chickens are not as productive as we might wish, we will stuff them in cages, fill them with growth hormones and antibiotics, and even alter their genetic codes. We will make war on the groundwater with vast lagoons of animal waste and soil the air with the stench of excrement, fear, and despair.

Our heroes in this warfare will be technologies that produce short-term results with scant consideration for long-term impacts. And we will do this depending on the ignorance of consumers who might balk at the prospect of eating a steak from a cow that spent her years penned up to her knees in her own excrement.

Berry argues that to this day we really have no energy policy except “to use all that we have.” He continues, “In the face of a growing population needing to be fed, we have virtually no policy for land conservation, and no policy for just compensation to the primary producers of food. At present, our agricultural policy is to use up everything that we have, while depending increasingly on imported food, energy, technology, and labor.”

Why is this so? Reasonable policies of conservation, preservation, and stewardship would require limitations on usage and profit in the present for the sake of fertility and vitality in the future. But, given our individualism, we are unwilling to accept such limitations. We are determined to preserve our “freedoms” in such a way as to assure our children the “freedom” to starve. Ironically “conservatives” are frequently the ones most loath to consider conserving anything, while liberals are just as frequently happy for someone else to make sacrifices.

Near the end of his essay Berry asks a poignant question: “How many deaths of other people’s children by bombing or starvation are we willing to accept in order that we may be free, affluent, and (supposedly) at peace? To that question I answer pretty quickly: None.”

I know I am not the only one who would give Berry’s answer: “Please. No children. Don’t kill any children for my benefit.” And I would ask, how many children are we willing to see starve to keep our consumptive lifestyle intact? For that is what will happen—in fact, it is already happening around the world. To be pro-life is to be concerned about the born, the unborn, and the not-yet-conceived.

In the face of such looming horrors Americans are sorely tempted to pursue big solutions. Surely our clever scientists and powerful technologies will enable us to address these challenges! Surely our legislators will finally come to their senses and pass laws to protect us from ourselves! But such solutions are rooted in the very mindset that got us into this mess. The experts will not save us. Both technological and legislative solutions are doomed by the laws of unintended consequences, human greed, and folly. A personal and cultural conversion is required. Such a conversion will require us to pay attention.

Berry would suggest we pay attention to what we eat and where and how our food is produced. Our thoughtless eating contributes to the destruction of our land’s fertility, to the pollution and ruination of our countryside, and to the suffering of animals.

We should refuse to be called or to think of ourselves as consumers. When our role in the economy is passive consumption, we have turned over the control of our lives and health to others. This degrades and endangers us. We should take some responsibility for growing and producing our own food and supporting those who produce food in ways that do not endanger our future.

We should also pay attention to where our electricity comes from, our gas and oil, our clothing, and the other items that sustain our lives. We should change our practices, purchases, and production to reflect our values.

Finally, we love. You do not destroy what you love. If you learn to love the land, the community, and the people that sustain you, you are not likely to engage in practices that destroy them. If you love the suffering, the hungry, the hurting, the unborn, the prisoner, even the politician, you will seek their good and not simply what you falsely imagine is your own. Conversion is not the result of an intellectual decision, but of a series of simple but profound choices. Only such a conversion, both individual and communal, will save us.

John E. (Jay) Phelan is a senior professor of theological studies at North Park Theological Seminary in Chicago, where he has served for more than 20 years—14 of them as president and dean of the seminary.