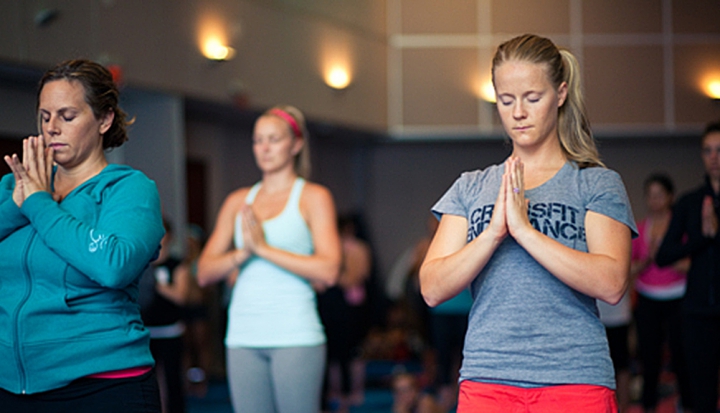 Susan Pudelek spent two decades working in interreligious contexts, including a stint on the staff of the Council for the Parliament of the World’s Religions. In her current work as director of pilgrimage ministry at the Shrine of Our Lady of Pompeii in Chicago, she oversees occasional interreligious workshops and events. For those who want to learn about or participate in practices of other religions, she offers these guidelines.

1. The more grounded you are in your own religion, the more you have to offer others.

When you talk with people who do interreligious work, one truth becomes clear: The ones who contribute the most are those who deeply know their tradition, who are active and visible in their own faith community, and who have an authentic spiritual practice. “By looking to your own religion first you’ll encounter the richness and the beauty and tradition that you might not have known was there,” Pudelek says. “Then you can encounter others with an open mind and heart.”

2. Prepare to learn together, not worship together.

“The only people with whom we can really have a common prayer are other Christians,” says Pudelek. When she plans interreligious programs, her goal is to help participants see how other religions understand and are aware of the divine rather than to introduce them to particular practices. And when it comes to interreligious worship, she says, a good rule of thumb is to allow members of each religion to say their own prayers rather than have shared prayers. “It’s like in music: We don’t all sing the same note at the same time. We’re looking for harmony, not unity.”

When Pudelek is a guest at a non-Christian religious service or ceremony, “I’m there to listen and learn and be a respectful, humble presence,” she says, rather than to join in. “That approach says a great deal to others about our faith.”

3. Know your own non-negotiables.

Pudelek has a few: “I believe that God is a loving God, and that all human beings are made in the image and likeness of God. I believe in Jesus Christ: That he walked the earth, that he was persecuted and crucified and died and was raised from the dead. That truth is the core of my being. My goal is to hold that truth while learning from and having love, compassion, and respect for people of other religions.”

The Declaration on the Relation of the Church to Non-Christian Religions is short—fewer than 1,600 words—but Pudelek calls the tone of the Vatican II document “broad and glorious.”

“All Catholics need to know what’s in here—that dialogue with and respect for other religions are vital, essential parts of the Catholic identity.”

This article is a web-only feature that accompanies “Spiritual exercises: Can other religious practices strengthen your Catholic core?” which appeared in the May 2013 issue of U.S. Catholic (Vol. 78, No. 5, pages 12-17).