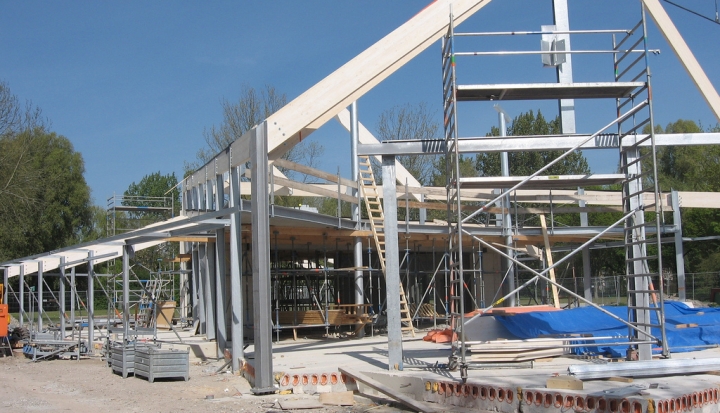 It was a story that could have appeared in any city newspaper: Historic old church faces demolition because its congregation can’t afford the millions in maintenance that would prevent the building from being condemned. The members of St. James Parish in Chicago’s Bronzeville neighborhood hadn’t celebrated Sunday Mass in the main sanctuary for some time because of the danger of falling masonry. In place of a $12 million renovation, the archdiocese plans to spend $4 million to build a new church just a block away.

The loss of St. James’ 132-year-old building is a sad passing; even more, it heralds an uncertain future, and not just for this dwindling inner-city congregation. Parishes like St. James, saddled with aging buildings and shrinking resources, continue to cut back, merge, or fold. If they find a way to survive, it is often as a shadow of their former selves.

Meanwhile, outside church, American society becomes less inclined to identify with a religion at all, with 20 percent of Americans checking the “none” box when asked about their church affiliation.

Rather than just getting depressed about this, we might take the long view: Religion historian Molly Worthen notes that the United States has seen many ebbs and flows in religious participation, with current rates now similar to the time prior to the Civil War. Nevertheless, she writes in the New York Times, “77 percent still identify as Christians and 69 percent say they are ‘very’ or ‘moderately’ religious, according to a 2012 Gallup survey.” In other words, we’ve still got something to work with.

Yes, it is clear that the social role churches once played is greatly diminished, perhaps forever. But with eyes of faith, the church’s diminishment can also be a golden opportunity, especially during this Lenten season, the purpose of which, after all, is to call us back to fundamentals. As Duke University theologian Stanley Hauerwas has commented, “I like the fact that we’re getting more ‘nones’ because it helps Christians realize that they’re different.”

In fact, all those “nones” out there are doing us a favor. They are forcing us to ask the most basic question of all, simply put: What’s the church for? What makes us “different”? Our ancestors in faith answered those questions in various ways, and for decades in this country the church’s purpose was to feed, teach, and nurse its own, leaving us a legacy of churches, schools, and hospitals built to nurture, educate, and heal generations of poor immigrants.

Times have clearly changed: For better and for worse, other institutions have by and large taken on the tasks of education and health care. Catholics face far less discrimination than they once did, at least based on religious faith. Yet the world is in no less need of a “different” kind of community, one that embodies—or at least tries to—God’s alternative reality, where the poor are raised up, war gives way to peace, and the well-being of humanity and creation takes precedence over wealth and profit.

Given this new reality, perhaps it makes sense to allow a building that has outlived its purpose to meet its natural end, however hard that is. It might even lead us to ask whether we ought to be spending $4 million on a new one next door. Indeed, it may not make any sense at all to pour limited resources into buildings used for a few hours on Sunday when what the neighborhood needs is a retreat house, a day care, or a community garden.

That doesn’t mean we stop creating places to celebrate Sunday Mass. It just means that maybe we do it in buildings tied in new and creative ways to the works of justice, mercy, and freedom the Eucharist calls us to in the places we find ourselves in.

We could also, of course, hunker down, consolidate, and lament the loss of faith in the world around us, sealing ourselves up behind hallowed walls as the world moves on. That is, after all, what some of Jesus’ disciples wanted to do after his death. Their gathering behind locked doors was not, thankfully, the end of the story, but merely an interlude that led to a new adventure.