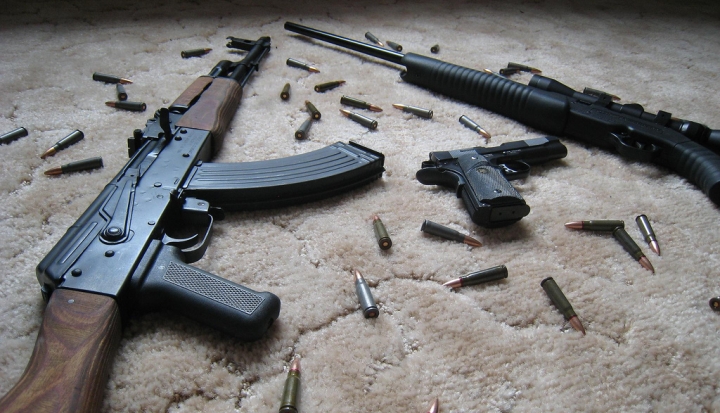 Our best shot at protecting the common good isn’t to keep loading up on guns.

A few weeks before Adam Lanza began his shooting rampage among children in Newtown, Connecticut last December, Catholic priests in Chicago were leading weary processions against gun violence on the city’s gang-terrorized South Side. If the Newtown murders were a shock to the system, the regular gun violence that claims hundreds of lives each year in Chicago and other cities across the country has become so “normal” that the mayhem only occasionally warrants the raising of an editorial eyebrow.

The incomprehensible violence visited upon firstgraders and their educators at Sandy Hook Elementary School may finally be enough to shake America from its Second Amendment stupor. But if the past is prologue, this outrage, like so many before it, will languish in the public imagination for a while, providing a brief cultural pang of guilt and regret before passing into the realm of the nearly forgotten.

It is this predictable cycle that the National Rifle Association and other gun rights organizations are counting on while they quietly strong-arm Congress to maintain the free flow of weaponry to the general public. We cannot allow that to happen, and not only because it would mean condemning another group of schoolchildren, office workers, or moviegoers to injury or death. The current debate is about more than public safety; it’s about the nature of the society we are building for future generations of Americans.

The logic offered up by the gun maximalists only encourages an escalation in the nation’s internal small-arms race and expands a culture of fear, suspicion, and intimidation. A society where carrying concealed weapons becomes the social norm and teachers are compelled into small-arms training is not celebrating freedom; it is collapsing into fear.

In the aftermath of Sandy Hook, the U.S. Catholic bishops reiterated the church’s decades-long call for sensible controls on the dispersal of weapons, including handguns, to the general public. And in a December 16 homily, Boston Cardinal Sean O’Malley captured the nation’s prevailing gloom over guns, calling the shooting in Newtown “a clarion call to initiate effective legislation to keep automatic weapons out of the hands of private citizens.”

“There can be no rational justification for allowing private citizens to have personal arsenals of assault weapons,” the cardinal said. “How many innocent people will have to be slaughtered before the country is prepared to stop this madness?”

The Catholic concept of the common good can be a useful tool in addressing the right and responsibilities of bearing arms. The common good is the sum of a civic discussion that evaluates competing social claims in a process of sharing and sacrifice to achieve an optimum social good. Is the common good best served when the primary concern related to gun ownership is an abstraction like the need to “preserve freedom” from an imagined federal tyranny? Or should the actual impact of the widespread presence of guns, i.e., higher rates of violence, death, and injury, be a more legitimate focus of concern?

When Claretian Father Carl Quebedeaux led one of the somber processions on Chicago’s South Side last October, he said that his parishioners prayed for an end to violence. But, he added, they also prayed for something else just as essential to life fully realized: community.

The church has a great deal of experience with building community. It is, in fact, what we celebrate together each week. It is what we can bring to this common-good discussion. In a nation increasingly atomized by technology and a hyper-individualism propelled by practices like gun ownership, Catholics offer a countervision of community. It is a vision built on mercy and relationship, aiming for peace and justice, embracing our interdependence. It is not weakened by media-driven paranoia and suspicion.

No man is an island, no matter how well armed. We don’t need more gun-carrying “peacemakers” in American life; we need more hope-filled community builders.