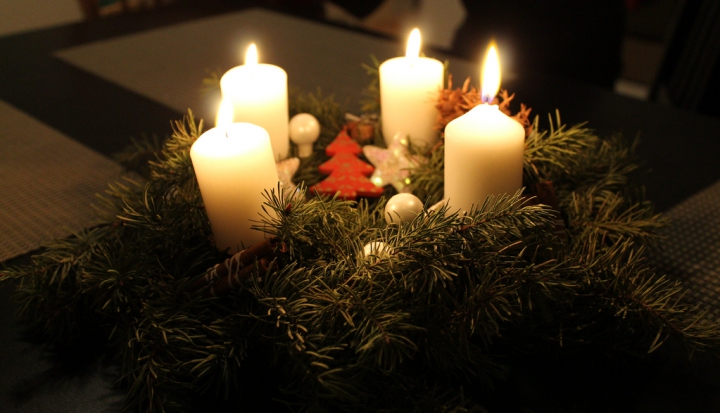 The easy answer to that question is, we, the church, did. The feasts and seasons of the liturgical year all developed from the church’s desire to remember, celebrate, and live the great mysteries of our faith.

The answer gets more complicated when we realize that these seasons originated centuries ago and developed independently in different places, spreading, combining, and sometimes dying out.

We know for certain that Christians in Rome were celebrating the birth of Christ on December 25 in the year 336. This date may have been chosen as a Christian response to a pagan Roman festival honoring the “Unconquered Sun-God,” from clues detected in scripture, or for both reasons.

Epiphany also may have begun in response to pagan celebrations in the Eastern church, probably in Egypt. Epiphany celebrated not only the coming of the Magi, but also Jesus’ birth, his first miracle at the wedding at Cana, and his baptism. Epiphany had spread to some churches in the West, particularly Milan, modern-day France, and Spain, before Christmas had begun to be celebrated in those places. In some places Epiphany was as important a day for celebrating Baptism as Easter.

Which brings us to Advent. The first sure indications of a time of preparation come from Bishop Perpetuus of Tours in Gaul (France) in the fifth century, when he issued directives for fasting three days a week from the feast of St. Martin (November 11) to Christmas. Some scholars believe that this may have been rooted in an older practice of preparing for Baptism at Epiphany, just as Lent originated as a time of preparation for Baptism at Easter.

In Rome the first indications of an Advent season come from four sets of Sunday Mass prayers and readings that anticipate the celebration of Christmas. This was a festive period, in contrast to the fasting in Gaul, but some of the penitential nature of the season spread to the Roman celebration, such as purple vestments and the omission of the Gloria.

The length of Advent varied for centuries, usually between four and six weeks. By the 11th century most of the West accepted Rome’s practice of four weeks, although Milan still has six Sundays of Advent even today.

The important question, though, is how we keep Advent in such a way that it prepares us to rejoice in the Incarnation of Christ and leads us to wait in joyful hope for his coming at the end of time.