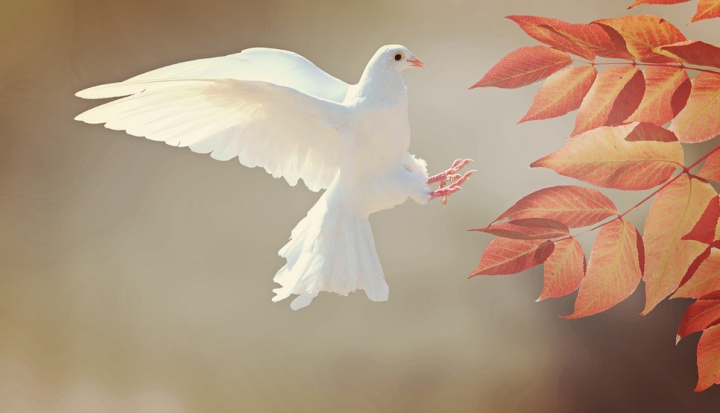 When tragedy hits, think twice before claiming what God intended.

Of the many issues that drove last November’s election, few might have guessed that “God’s will” would become a major spoiler in the Indiana Senate race. When GOP candidate Richard Mourdock suggested that a life created through rape is “something God intended,” it cost him an easy path to victory. But while pundits and Democrats were quick to make as much political hay as possible out of Mourdock’s gaffe, only a few commentators, theologians, and pastors took it on.

A piece of me wonders if that’s because, frankly, many people hold this understanding of the way God’s power works in the world, a variant of God “writing straight with crooked lines.” It’s just that no one wants to admit it when it comes to something as horrific as rape.

It’s a big problem with the way we people of faith deal with evil: We want to insist God is in complete control, but then we’re forced to say that God has some ultimate good in mind when terrible things happen. There is an undeniable desire to make sense of the troubles that befall us, whether it’s the most recent monster storm or the diagnosis we most fear to hear from our physician’s lips. “God shapes the back to the burden,” the saying (and others like it) goes. But is that the kind of God we hope for?

If anything, the reality of profound evil requires something more cautious from people of faith; sometimes it calls for silence. In the case of pregnancy from rape, it seems sufficient to say that the rules (for lack of a better word) of God’s creation have made it so that, in the right conditions, when a human sperm and egg join in the right place and at the right time, human life is possible. Unfortunately that can happen through an act of unspeakable violence, which is also possible through the rules of God’s creation as expressed in human freedom.

But to say God directly “intends” the creation of that life through such a profound perversion of human freedom is a theological step too far, and we people of faith should be prepared to oppose the kinds of explanations that misrepresent God and further burden those who suffer. A victim of domestic violence or child abuse isn’t helped by hearing about a God who “permits” their situation, nor is a poor person’s dignity affirmed by a God who doles out fabulous wealth to a chosen few while masses of humanity barely cling to survival.

That still leaves us with what Catholic tradition calls “the mystery of evil”: There is simply no good answer for the fact that something as fundamentally good as human life can result from an act as profoundly evil as rape. The very best answer I have heard is simply that evil, whether caused by natural events such as Hurricane Sandy or the misuse of human freedom, is a built-in possibility of creation.

As Franciscan theologian Zachary Hayes has written, this is the best creation possible, at least if a freely given human response to God’s love is the goal. But that’s small comfort when we find ourselves facing creation’s negative potential, a reminder, perhaps, to be cautious before trying to relieve anyone else of their own understanding of suffering, even if we think it unhelpful.

Nevertheless, we also trust that in the fullness of time, God’s desire for creation will be “on earth as in heaven.” That Christian hope can also allow us to say, perhaps, that there is no evil situation that can completely disable God’s creative power to bring forth new possibilities for human flourishing, even when the powers of death seem insurmountable.

It may sound the same as “God writes straight with crooked lines,” but how we say it matters. As Paul writes in Romans, “I am convinced that neither death, nor life, nor angels, nor rulers, nor things present, nor things to come, nor powers . . . nor anything else in all creation, will be able to separate us from the love of God in Christ Jesus our Lord” (8:38-39). Not even rape, which is still a heck of a thing to say to someone who has suffered it.