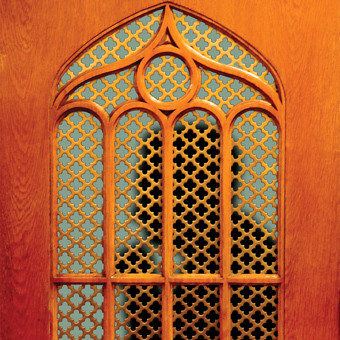 Reconciliation is more than baring your soul to a confessor—it’s a place to remember that we’re always forgiven.

Catholics are less than two percent of the population of Norway, and there are only nine priests in our diocese. That means one does not have much choice of confessors. When I was at a meeting in Ireland, therefore, it occurred to me that I could ask one of the abbots there to hear my confession.

There was really nothing special about our celebration of the rite, but that’s the point. For a Catholic priest and penitent, celebrating the sacrament is like putting on an old pair of shoes—they fit, and you just wear them, even if it’s been a long time since you last had them on. The ritual is a vehicle that carries me to where I’m supposed to be.

In this case the sacrament of Reconciliation brought me to a point of repentance and conversion. It was in the act of expressing sorrow for my sin that the grace of contrition began to flow into me. If the abbot had omitted that part, the ensuing conversion would not have happened. I got a big grace from this ordinary celebration of the confession and forgiveness of sin.

I became a Catholic largely because of the liturgy. It seemed to me the Catholic Church took the Incarnation seriously by involving our senses in the celebration of sacraments. Little things carry big graces. The wetness of holy water, the smell of wax, seeing a crucifix, hungering for God—all these sense perceptions can become vehicles for perceiving the divine.

So when I celebrate Reconciliation, I like to kneel the whole time. It helps me to feel sorrow for sin when I can express my need for pardon in my body. I appreciate it when the priest lays his hands on my head for absolution, and I like to extend my hands to receive it, in a gesture which reminds me that God’s forgiveness is all grace, all gift, all abundant mercy.

At the beginning of Lent, 40 days seems like such a long haul. But we humans need that space of time to get into it, to prepare the ground for conversion, and then to allow the Spirit to work in us. The church knows what she’s doing: To require Catholics to make a Confession at least some time during the Lent and Easter seasons is a support to God’s working in us even while we resist change. It was “still dark” when Mary Magdalene came to the tomb, though the Resurrection had already occurred. God can work even while we still feel the darkness of sin. The victory is already won. The challenge is to let the light of Christ into the darker areas of our soul.

It is a help to have one confessor, rather than reciting the same list of sins to different priests. The roots of Confession are in monasticism, in the spiritual direction relationship between an experienced abbot and a younger monk. The purpose of the monk’s revealing his thoughts to the elder was to help the monk make spiritual progress. Something happens in the discipline as you hear yourself articulate your own sins. The penitent becomes more real by another human being’s acceptance in the light of truth.

I suspect that, for many of us, our faith needs to grow up, and our confessions need to grow up. We have to push beyond our comfort zone and confess our most shameful secrets, ignoring our humiliation and embarrassment, if we are to open the deeper recesses of our soul to the healing of Jesus.

It is part of the mystery of free will that we can in fact keep God out. Because I want to let Christ’s light penetrate as deeply as it can, I want to be as open with my confessor as I can. I have started bringing my dreams to Confession, even though dreams are pre-voluntary and so not really culpable. I am not an expert in dream analysis, but I think there is something to the theory that everything in the dream is a part of the dreamer. If there are disturbing elements in the dream, this may be an area that I want to open to God’s light and healing.

The rite of Reconciliation also teaches us how to deal with disruption in our relationships with other human beings as well as with God. An apology is never wasted. Sometimes the simple words “I’m sorry” can be the beginning of a whole new relationship.

Yet it is often not enough to apologize. Perhaps this is the key step in my relationship with another: I need to show firm purpose of amendment by making some effort at reparation. What can I do to help the healing along or to change my attitude?

I can believe in the peace proclaimed at the end of the rite. I can go and live like a forgiven person—to be Christ in the world!