1. Dogmatic Constitution on the Church (Lumen Gentium): The church is a mystery, or sacrament, the whole People of God, in whose service the hierarchy is placed. The authority of pope and bishops is to be exercised as a service and in a collegial mode. Bishops are not simply the vicars of the pope, and the laity participate fully and directly in the church’s mission.

2. Pastoral Constitution on the Church in the Modern World (Gaudium et Spes): The church must read the signs of the times and interpret them in the light of the Gospel. The church does not exist alongside or apart from the world; the church is part of the world, and its mission is to serve the whole human family in order to make the human race’s history more human.

3. Decree on Ecumenism (Unitatis Redintegratio): Christian unity is a matter of restoration, not of a return to Rome; other Christian communities are churches within the Body of Christ; and both sides were to blame for the divisions of the church.

4. Constitution on the Sacred Liturgy (Sacrosanctum Concilium): The church proclaims the Gospel not only in word but also in sacrament, or by sacred signs. Since the whole People of God is involved in this worship, the signs must be intelligible.

5. Dogmatic Constitution on Divine Revelation (Dei Verbum): The Word of God is communicated through sacred scripture, sacred tradition, and the teaching authority of the church, all linked together and directed by the Holy Spirit. The sacred realities are always open in principle to a growth in understanding.

6. Declaration on Religious Freedom (Dignitatis Humanae): No one is to be forced in any way to embrace the Christian or the Catholic faith. This principle is rooted in human dignity and the freedom of the act of faith.

7. Declaration on the Relationship of the Church to Non-Christian Religions (Nostrae Aetate): God speaks also through other religions, so we should engage in dialogue and other collaborative efforts with them. The Jews have a special relationship to the church. They cannot be blamed for the death of Jesus.

8. Decree on the Church’s Missionary Activity (Ad Gentes): The Gospel is to be preached also and always to non-Christians, but not as a culturally alien reality. Evangelization is an obligation for every member of the church.

9. Decree on the Apostolate of the Laity (Apostolicam Actuositatem): The laity participates in the mission of the church, but especially in the temporal order.

10. Decree on Eastern Catholic Churches (Orientalium Ecclesiarum): The Eastern Catholic, or “Uniate,” churches can be a bridge to the Orthodox East. The integrity of Eastern traditions of liturgy, spirituality, and discipline is to be restored.

12. Decree on the Ministry and Life of Priests (Presbyterorum Ordinis): Priests are members of a presbytery in union with a bishop, and with him serve the building up of Christ’s body.

13. Decree on Priestly Formation (Optatam Totius): There must be a closer connection between seminary training and the pastoral situation.

14. Decree on the Appropriate Renewal of the Religious Life (Perfectae Caritatis): The renewal of religious life (a life lived according to the evangelical counsels of poverty, chastity, and obedience) must be based on the Gospel, the original purposes of the community, and the changed conditions of the times.

15. Declaration on Christian Education (Gravissimum Educationis): Education must be broadly humane and up-to-date, with a concern for personal maturity and social responsibility.

16. Decree on the Instruments of Social Communication (Inter Mirifica): The church must be vigilant toward the media because of the ever-present danger of their abuse, but must also use the media where opportune. 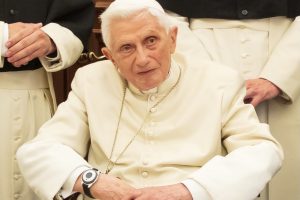