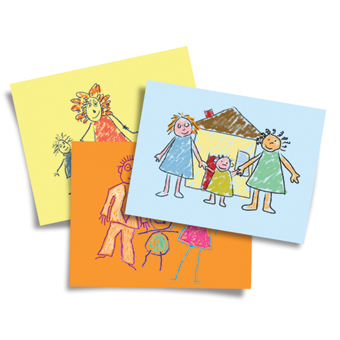 Parents shouldn’t be subjected to a moral entrance exam to send their kids to Catholic schools.

In May 2010 the Boston Globe reported that St. Paul Elementary School in Hingham, Massachusetts had withdrawn its acceptance of an 8-year-old boy when the pastor and the school principal learned that the boy was the child of a lesbian couple. “There are many different non-traditional families that fall under the umbrella of the Catholic Church,” one of the boy’s parents told the Globe. “I guess we assumed we would fall under one of those.”

Boston’s Cardinal Sean O’Malley supported the pastor, saying, “He made a decision about the admission of the child to St. Paul School based on his pastoral concern for the child.” At the same time, the archdiocese reached out to the family and offered to help them find another Catholic school in the archdiocese for their child.

In January 2011 the Archdiocese of Boston announced a new policy for Catholic school admissions, stating, “Our schools welcome and do not discriminate against or exclude any categories of students.” The policy also says that parents and guardians of students in Catholic schools “must accept and understand that the teachings of the Catholic Church are an essential and required part of the curriculum.”

I am one of two pastors whose parishes support Pope John XXIII School in Evanston, Illinois. The school is celebrating its 25th anniversary as the offspring of two independent parish schools that united in order to thrive. Pope John is an important ministry, a powerful presence, and a valuable resource in our community. It is a National Blue Ribbon School with a student body that is diverse in race, ethnicity, and social background. As part of its mission Pope John welcomes students of Christian and non-Christian families. I believe that the mission of evangelization and outreach is at the heart of the Catholic school system in general.

The call of the apostle Matthew challenges the status quo of his time (Matt. 9:9-13). Jesus calls Matthew to follow him when he is still practicing the sinful act of collecting taxes for the Romans. Matthew responds by hosting a dinner to which he invites other practicing “sinners”; he then brings Jesus to meet the group he has gathered.

When the religious authorities grumble that Jesus is associating with the “unclean,” Jesus responds by clarifying the mission of God’s kingdom, saying, “I did not come to call the righteous, but sinners.” Jesus soon names Matthew (still called “the tax collector”) as one of the 12 apostles. In the roots of what will become the institutional church, Jesus balances the call to ongoing conversion with tolerance of imperfections.

During my time as a co-pastor of Pope John XXIII school, I have witnessed the power of Jesus’ attitude when, without prejudgment or exclusivity, we extend an invitation to people. Last year, several children in our school requested baptism and Eucharist after years of learning about the Catholic faith. Their parents were not yet ready to make a commitment to the Catholic faith but were willing to support their children. Local Catholic adults, friends, and relatives of the families agreed to sponsor the ongoing faith development of the children.

Conversion is not the primary purpose of opening Catholic schools to families who do not practice the Catholic faith. Nevertheless, these families–Catholic, non-Catholic, and nominally Catholic–have chosen our school because it is Catholic. Our mission is to evangelize them and their children by word and example.

Matthew was judged a sinner by “religious” Jews. He did what was forbidden; he accommodated the “pagans” who had occupied Israel. As a result he was excluded, shunned, and discounted by his “righteous” Jewish brothers and sisters. He was offered no path to acceptance or reconciliation; he had no hope of ever belonging among the “holy.”

Jesus, on the other hand, offered Matthew both reconciliation and acceptance. He did not require Matthew to undergo an immediate and complete conversion. He embraced Matthew as he was and then led him into the mystery of God’s love.

Jesus criticizes neither Matthew nor the other “sinners” at the table. On the contrary, he reserves his criticism for those who consider themselves righteous and deny a need for reconciliation. They judge themselves to be in good health and so separate themselves from the healing that Jesus offers.

Each family who becomes part of a Catholic school community, each man or woman who teaches or volunteers, and every principal or priest who serves in a Catholic school needs God’s healing in each and every moment. We strive to follow the call of Jesus, but we are imperfect witnesses to the faith. The most powerful witness that we offer our children is that we strive to grow in the understanding and practice of our faith and are willing to admit our imperfections and seek God’s grace.

There is a significant difference between denouncing church teaching as wrong and acknowledging the imperfection of my attempts to live by this teaching. In the gospels the “lost” are those who refuse to admit their imperfections. The challenge is to strive honestly toward a holiness that remains just beyond our reach.

So what do we do when the reputation, behaviors, or lifestyle of a school parent stirs controversy among the school community?

I accept that, in specific instances, the pastor, principal, and school board may need to make a pastoral decision to refuse admission to a specific family in the best interest of that family and that school community. However, I oppose any general policy that excludes types of families or presumes that controversies always will be resolved by excluding the “unfaithful” family.

I can envision situations in which the resolution most consistent with church teaching will be to ask a family to leave because of the intolerance they display and model for their children and the community. My experience has been that these situations can be resolved by the reassurance of the pastor and principal that children will be taught both Catholic teaching and values and tolerance for the beliefs, practices, and imperfections of others.

Our school community comprises a diversity of family models. I have been approached by single, divorced, and same-sex parents about whether they can enroll a child. One family headed by two mothers feared they would not be welcomed or that their children would be ostracized. These women have since become active supporters of the school, the parish, and the archdiocese; they participate with their children each week at Sunday Mass, and their children are thriving within the school community.

Some parents have expressed a concern that the lifestyle of a “non-traditional” family will confuse their child. They have asked how to teach tolerance for others while also teaching Catholic values. I believe that learning to deal with these tensions will help in a variety of situations in which the values we teach conflict with the perceived behaviors of relatives, neighbors, friends, and public figures. This is part of being Catholic in a pluralistic culture.

Those who would attempt to certify parents as “sufficiently Catholic” based on a preconceived list of perceived faults place us all on a very slippery slope. Do we extend this judgment to our business practices, our treatment of neighbors and extended family, our stewardship of creation, our generosity to the poor, or other aspects of our behavior? If so, then who will be left in our Catholic schools?

1.   I don’t think it is ever appropriate to deny a child a Catholic education because of the perceived sins of his or her parents.

3.  If we’re going to exclude anyone from Catholic schools, we should exclude students whose parents:

8% – Are a same-sex couple.
6% – Support pro-choice political candidates.
5% – Don’t donate their time or money to charitable causes.
5% – Are Catholic but don’t attend Mass regularly.
5% – Have a criminal background.
5% – Work for companies that pollute the environment or treat their workers unfairly.
4% – Are divorced or were never married.
4% – Aren’t Catholic.
3% – Use artificial birth control.
76% – None of the above.
9% – Other

4.  Catholic schools should be more welcoming of students from non-Catholic households because it offers a chance to evangelize both the child and their parents.

Representative of “other”:
“Catholic schools should welcome everyone—not to evangelize them, but because it is the Christian thing to do.”

5.  I fear that by attending a Catholic school with the children of same-sex couples, my child would get the wrong message about the church’s teaching on marriage and sexuality.

6.  Like Father Bill Tkachuk, I believe that “any adult who supports the religious curriculum that is presented in a Catholic school is on a path to holiness, regardless of what I know or presume to know about his or her personal life.”

7.  If my child were attending a Catholic school, it wouldn’t matter to me who was admitted as long as I knew that my child was getting a good education.

Read more: A parent’s perspective on choosing a school 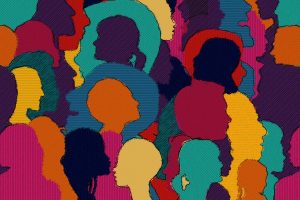 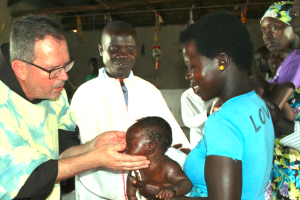