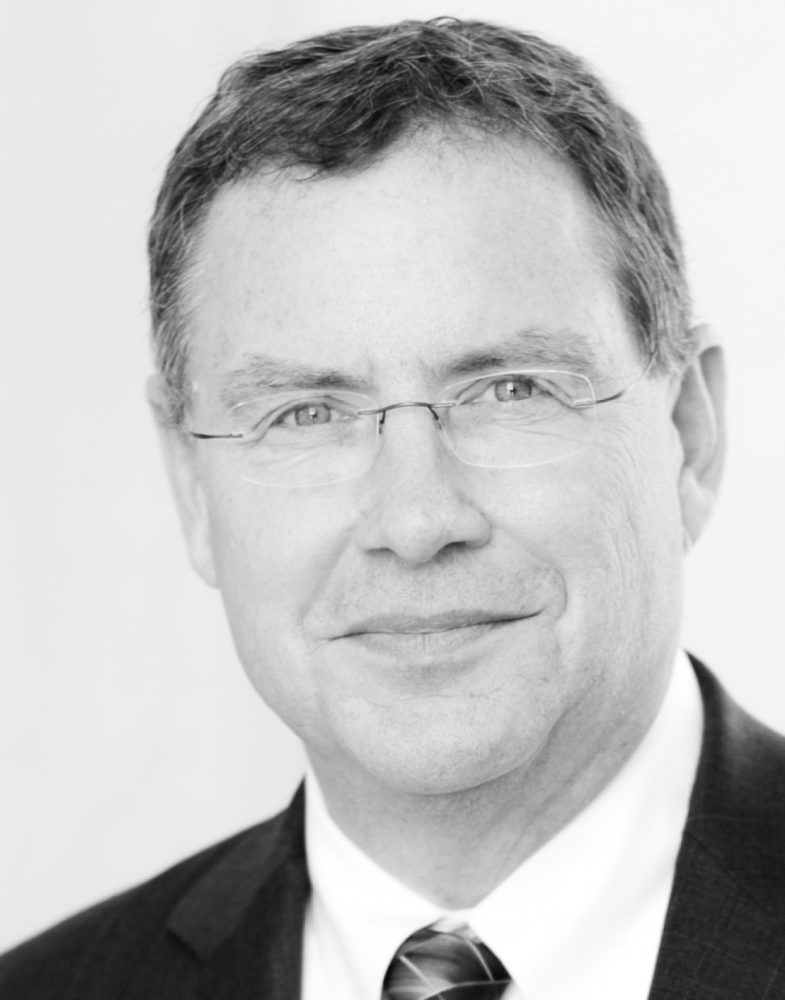 [Read more from Stephen Schneck on how Catholics can help the poor through politics.]

You identify yourself as being a Catholic Democrat. Do you find conflicts between your faith and your political party?

The Democratic Party seems to have a more traditional understanding of the common good, which is really at the heart of what Catholics are called to be and to do in the public square.

On the other hand, we know too that the Democratic Party has right there in its platform that it is stridently pro‑choice. And not only is the party in favor of legalized abortion but the party advocates strongly for things like embryonic stem cell research.

So there are a lot of things in the Democratic Party that conform to what we understand our church to be asking us to do in public life, but then there are these deal breakers that are part of the party platform as well.

What about the Republican Party? How well does it line up with church teaching?

On the GOP side, we have a party that formally recognizes the evil of abortion. That’s a position I endorse wholeheartedly.

And so I recognize–and I think that many Catholics recognize–that America’s political parties reflect the deep ideological chasm that we have in American politics and American society between left and right. Whether we are on the Republican side or the Democratic side, that ideological chasm almost forces us as Catholics to be really only half-Catholic in public life.

How do you reconcile that conflict?

Well, we need to reject the pressures to be half-Catholic. And for me the way to do that is to be a pro‑life Democrat.

Can Catholics bring about change in their party by following that model?

How strong is the pro-life contingent within the Democratic Party?

On the Republican side, there’s also been a movement against labor unions, which the Catholic Church has supported.

Yes, that’s true. It won’t surprise you, but I’m bothered by that.

What about it bothers you?

And the thinking is here, from the perspective of the Catholic Church, is that unions are subsidiary parts of civil society that protect the dignity of the person from the pressure of society, government, and the economy. For workers to have their rightful say in the structure of our life, they need to be able to organize, because otherwise they’re at the whim of the market forces.

Why should Catholics support unions today?

Catholics have got to remember where they came from. A generation ago, we were mostly immigrants. A generation ago, most Catholics were blue collar workers struggling to get into the middle class, and it was unions that were the principal vehicle by which we succeeded.

And I think we should realize that unions are going to be the vehicle by which today’s poor, today’s working class, can be able to find a way into the middle class. We have to be really careful about anything that we do that might weaken the ability of working people to organize.

Are there other ways for the poor and working class to have a voice in our political system?

That is another really difficult area for us to think about as Catholics. The political system isn’t as open as it used to be.

The way the political system is organized now, monied interests wield extraordinary power at the expense of democracy. We see that in the campaign system where the rules now allow unlimited contributions to campaigns through super PACs by wealthy individuals, and unions.

That money compromises the democratic character of our government. We see it as well in the way Congress works, in the way that the executive branch works. There are all sorts of cozy relationships with different economic interests out there.

Why is this a problem for us as Catholics?

I think we have to view all of this as somewhat problematic because you and me, we don’t have that kind of access. We can’t call up our congressperson on the phone and expect to have him or her answer.

And to the extent that we don’t have that access, we’re disempowered in the system. We don’t have the kind of clout that real democracy would require for us as citizens to have in all of this.

As Catholics we should be concerned. From a Catholic perspective, what’s asked is that everyone has the opportunity to participate in the political pursuit of the common good. And while that’s not necessarily the same thing as democracy, nevertheless, I think that it informs a vision of democracy that we Catholics ought to promote here in the United States.

This is a web-only article that accompanies A taxing problem: How the nation can help the poor.