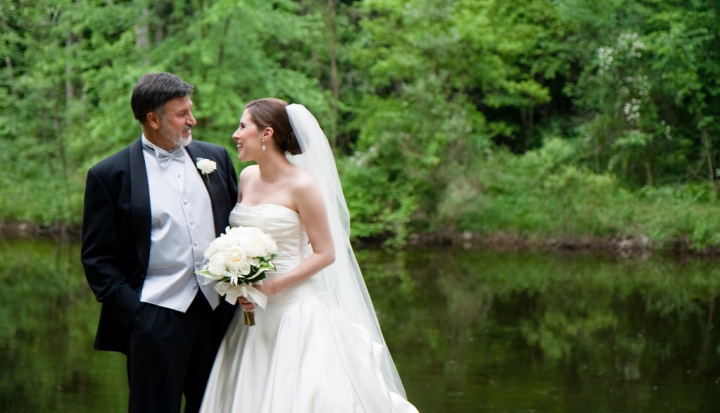 Of the four wedding invitations currently posted on my refrigerator, only one is for a ceremony to be held in a church.

The others? All will be outdoors: in a hotel garden, under a restaurant gazebo, or in a park. The beauty of God’s creation seems a perfect setting for making a lifetime commitment. So why doesn’t the Catholic Church allow couples to get married outside?

Perhaps the better question is: Why does the Catholic Church prefer that couples be married in their parish church? In a society where vows are exchanged while scuba or sky diving, the church is trying to emphasize the seriousness and sacredness of the commitment by requiring that the sacrament be celebrated in that place where the church community normally gathers. A couple that marries in a Catholic church is demonstrating that their faith is part of their new life together from the beginning.

It is true that Catholic wedding ceremonies have varied over the centuries. However, Canon 1118 from the Code of Canon Law states that “marriage between Catholics or between a Catholic and a baptized non-Catholic party is to be celebrated in a parish church.” The local bishop may permit the ceremony in another Catholic church or oratory (such as a university cha- pel). And, if a Catholic marries a non-baptized person, they may be allowed an exception to be married in “some other suitable place.”

The question remains: Is the out of doors a suitable place to get married? Many couples – as evidenced by the immense popularity of this topic on online wedding chat groups – believe it is. It’s not uncommon to hear younger Catholics say they have had more powerful experiences of God’s presence on hikes through the woods than in their parish churches, a fact that should be cause for some self-examination by the church.

On the other hand, some couples choose to hold their ceremony in a Catholic church for all the “wrong” reasons, such as length of the center aisle or proximity to a reception site. The conspicuous consumption of today’s popular wedding culture puts choosing a ceremony site on par with picking a florist.

Many U.S. dioceses have moved toward hard-and-fast rules against any Catholic outdoor weddings, with policies that imply that parks, gardens, and homes are not “dignified” enough for the sacrament of Marriage. Of course, other sacraments, including Eucharist, Anointing of the Sick, and Reconciliation, are allowed in non-church settings, including out of doors.

Sadly, until a more pastoral solution is found, an increasing number of couples consider this ban just another reason to skip getting married in the church.