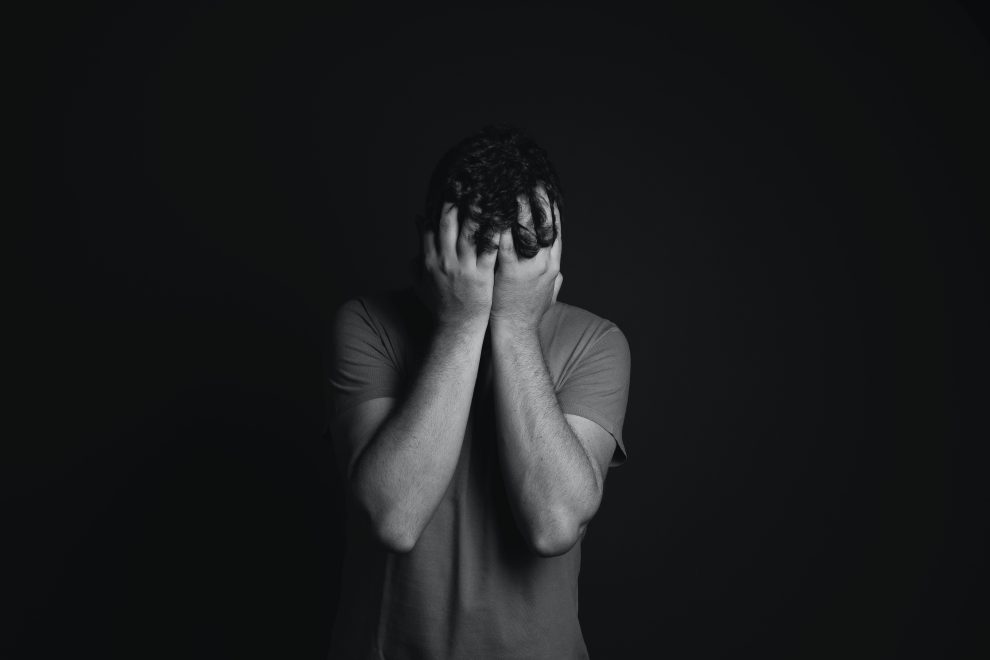 It’s time for parishes to help battered spouses and their children step out of the shadows and get the assistance they need.

Not long ago Juan and Carmen came to see me to register for the baptism of their third child. I had officiated at their wedding 10 years before. When I asked them how they were getting along, Carmen (whose name, like the other examples in this article, has been changed to protect her privacy) responded, “Well, OK. We have our problems like any other couple.”

That was a red flag and, as it turned out, a disguised call for help. I requested to talk to her alone. Amidst a flood of tears she recounted her pain. I asked her if she was suffering physical, emotional, economic, or verbal abuse and asked her to be specific. I learned that she had been hit a number of times and that her husband’s verbal and emotional abuse and his control of her life had destroyed her self-confidence and self-esteem. She was a depressed woman without hope.

With her permission I interviewed Juan alone. I confronted him about his abuse, which, to my surprise, he admitted, albeit partially. I invited him to join our men’s group to deal with his violent behavior, and I invited Carmen to enter our counseling program and join one of our women’s support groups to learn about the dynamics of domestic violence and to grow stronger in dealing with Juan.

Juan failed to follow through with my offer of counseling—only about one in 20 male abusers changes his behavior—but Carmen did. In time she gathered the understanding and strength to confront her husband’s abuse, and when he was unwilling to change, Carmen eventually freed herself from her abusive relationship. Now she inspires hope in other women trapped in domestic violence.

Research shows that in the United States every 15 seconds a woman is battered. One of every three women is hit or abused sexually by her partner sometime in her lifetime. During the Vietnam War 58,000 U.S. soldiers died. During that same period 54,000 women were murdered by their partners in the United States. Even worse, women are far more at risk of being beaten when they are pregnant.

Boys who witness domestic violence are twice as likely to abuse their own partners and children when they become adults. Half the men who abuse their female partners also abuse their children. Forty percent of teenage girls ages 14 to 17 report knowing someone their age who has been hit by a boyfriend. Men are also battered, but they account for fewer than 8 percent of all victims.

Domestic violence happens in every parish, community, and economic class, and in every ethnic group. It makes no difference if you are African American, Hispanic, Asian, or Caucasian, rich or poor. And in times of economic or family crisis, the incidence of domestic violence increases.

Many abused women are unaware they are victims because they are in denial or minimize the abuse, excuse their husbands, or don’t recognize verbal abuse as violent behavior. When Sheila’s brother referred her to me, she was the principal of a large high school and finishing her Ph.D. in education. Although her husband used the foulest of language toward her and had threatened to kill her if she left him (and he had a gun in the house), she still did not perceive herself as a victim of domestic violence.

In their pastoral letter on domestic violence, “When I Call for Help,” The U.S. Catholic bishops “state as clearly and strongly as we can that violence against women, inside or outside the home, is never justified.” And they draw an important conclusion: “We emphasize that no person is expected to stay in an abusive marriage.”

Although the bishops have urged all clergy and lay ministers to reach out to victims of domestic violence, Catholic parishes and institutions have largely ignored that call. Rarely is domestic violence mentioned in a homily, let alone addressed as the main topic.

Although studies show that women victims would prefer to see their pastor or minister for consolation and direction, they generally do not because they perceive disinterest or lack of understanding of their abuse. When Gabriela came to me, she said her pastor had told her to stay with her husband, pray for his conversion, and try not to upset him.

I was the pastor of St. Pius V in Chicago for eight years before I realized the extent of domestic violence among our parishioners and the need for a ministry to raise awareness about domestic violence and to reach out to its victims. A pastoral counselor opened my eyes to the violence around me.

When I began to preach about it, more and more women came looking for help. Our parish soon decided to expand our services to victims. We successfully sought grants to hire additional counselors. Today, with six full-time counselors, St. Pius V has the largest parish-based program on domestic violence in the country.

When women asked for help for their children, we dedicated one counselor to work with children. Even children who aren’t themselves the direct victims of domestic violence are traumatized by witnessing abuse against their mothers. Each year the parish receives about 200 new women clients and nearly 225 new children.

When the women asked us to help their partners, we began offering services to abusers who are not currently violent and who come of their own volition and not by court mandate. Thirty men participate each week in our men’s group.

The clients in our parish program are mostly Hispanic immigrant women. We offer them individual counseling, support groups, case management, and court advocacy. There are support groups with child care to accommodate mothers, and there are also support groups for young children and for teens.

Although most parishes are not able to develop as large and comprehensive a program as St. Pius V, parishes can and should create a pastoral response to the victims of abuse in their midst.

To promote greater awareness and to expand parish-based ministry to victims, Chicago Catholics, including several women survivors, organized the Archdiocesan Committee on Domestic Violence. What we ask more parishes to do is simple: Preach about domestic violence at all parish Masses on a weekend and ask people interested in developing a ministry to meet during the following week. Generally 25 to 40 people, including some survivors, attend these sessions to plan further action.

After sharing their experience of domestic violence, the participants discuss ways their parish could mirror Jesus’ compassion by being sensitive to victims of domestic violence and providing resources for them. The parish can establish a support group for victims as well as a committee to create awareness. That parish committee then looks for competent people to train parish staff—from receptionists to priests—on how to respond to victims.

The committee can post signs throughout the parish warning against violence and informing victims how to find help. It can identify resources in the area and create a handbook to guide the staff. It can talk to police to learn about their procedures and establish a working relationship with local shelters, counselors, and women’s programs.

As a result, domestic violence is no longer a hidden problem but a priority on the parish agenda. All these steps can occur without any major expense.

In the past two years this model of ministry has been followed in 13 parishes. In Chicago some of these parishes are currently developing a network of mutual support. The commitment of the pastor and his staff coupled with the compassion of parishioners makes this model work.

Once a parish begins to talk about domestic violence and become more sensitive to the problem, more victims begin to come forward. They may be parents in religious education or in the parish school, ministers of communion and catechists, or persons seeking the sacraments of reconciliation, matrimony, or baptism.

Women liberated from domestic violence have inspired and enhanced the life of our parish. They serve in every ministry. By their example and testimony, they teach others about courage, faith, perseverance, and hope. They are grateful for their liberation and eager to give back to the parish. They have been transformed from hidden and marginal members to active ministers serving the community. Their liberation has brought a new beginning—for themselves and for our parish.

1. I know someone who has been a victim of domestic abuse.

2. My parish has a ministry for survivors of domestic abuse.

3. For parishes, a ministry for survivors of domestic abuse is:

34% – A top priority.
34% – A priority, but not No. 1 on my list of important ministries.
10% – Too much of an additional strain on the time and resources of parish staff.
8% – An unnecessary service that other organizations can handle.
14% – Other

4. I have heard a homily about domestic violence.

5. The church’s teaching on divorce has been an obstacle to safety for victims of domestic violence.

6. I have helped victims of domestic violence by:

7. Domestic violence is best dealt with by law enforcement and social service agencies, rather than the parish.

Representative of “other”:
“This is a pastoral issue and a civil issue. Both need to respond appropriately and effectively.”

8. It is irresponsible for pastors to encourage couples to seek counseling to repair violent relationships.

Representative of “other”:
“I don’t think there is a yes/no answer. Much is left up to the pastor’s judgment and experience.”

Results are based on survey responses from 92 USCatholic.org visitors.

Father Charles W. Dahm, O.P., is associate pastor of St. Pius V parish in Chicago and the author of Parish Ministry in a Hispanic Community (Paulist).