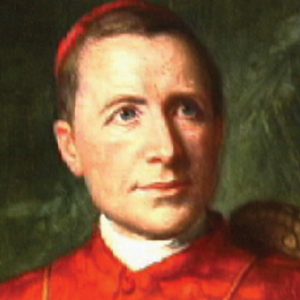 Cardinal James Gibbons’ support for the Knights of Labor in the late 19th century helped lay the groundwork for Rerum Novarum.

U.S. cardinal should get some credit for being an impetus for Rerum Novarum, the first papal encyclical that spoke to the rights of workers.

When a brutally unjust, laissez-faire capitalism still held sway in industrialized countries, Cardinal James Gibbons of Baltimore wrote an influential letter to Pope Leo XIII in 1887 defending the Knights of Labor, the largest labor organization of the time. Their primary goal was an 8-hour workday, a radical notion at a time when employers paid a dollar a day for workdays of up to 16 hours. The Canadian bishops had condemned the group as one that exposed its Catholic members to atheists, socialists, Protestants, and other “unsavory” elements within a secret society (think Masons).

“In the old days, to be a union member meant that your life was in danger all the time,” says Leon Burzynski, a retired labor organizer and now president of the Wisconsin Alliance of Retired Americans. “They had to be secret organizations.”

The Knights’ Catholic president, Terrence Powderly, however, assured Cardinal Gibbons that he would ensure the Knights’ bylaws conformed to the laws of the church.

Gibbons, who had heretofore not been notably sympathetic to the poor despite his own working-class background, wrote an eloquent letter to Pope Leo XIII, arguing that the Catholics belonging to the Knights of Labor were working to right injustices that “no one dares to deny,” including the efforts of monopolies “to control legislation to their own profit” and “heartless avarice.”

The church, he argued, should “try to hold the hearts of the multitude by the bonds of love . . . to acknowledge frankly the truth and justice in their cause. . . . To lose influence over the people would be to lose the future altogether,” he wrote, declaring “the church should always be found on the side of humanity, of justice toward the multitudes who compose the body of the human family.”

The pope was persuaded. He did not condemn the U.S. Knights of Labor, and he issued Rerum Novarum just four years later, taking up many of Gibbons’ points.